20 Film Endings SO Miserable They Make You Irrationally Angry 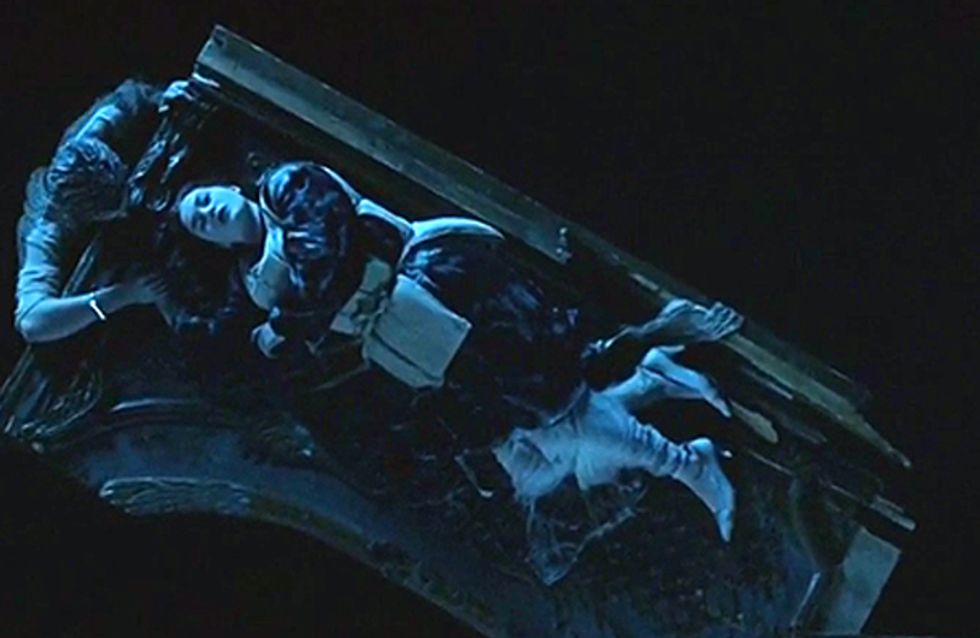 We know it's fiction, but have you ever seen a film that ended so, so sadly that you ended up going through every stage of grief before leaving the cinema? An ending that's so miserable you can't believe it? An ending where you wait until the end of the credits for any sort of 'bringing-them-back-to-life' hidden scene? Well, we've found TWENTY such endings.

Here's our round up of the twenty most miserable film endings of all time. You're, *sniff,* welcome.

So this man lost his children, killed his crazy wife, and is now going to be lobotomised so he can die a good man?!

He won the court case, but when Tom Hanks' character died it was still just awful, especially when his family gather to watch home movies of him as a child. Stifled sob.

Dog-lovers, stay away. For God's sake stay AWAY!

Jake Gyllenhaal’s character DIES. That’s all that needs to be said.

16. We Need to talk about Kevin

This psycho teenage kills his father, sister and a bunch of his classmates, and can’t even tell his grief-stricken mother why, saying: “I used to think I knew; now I’m not so sure.” Cool, thanks for that.

Sure, kill her, whatever. Thank you for making us feel these feelings.

Jane Austen’s novels always finish with the heroine ending up with her dashing and eligible love interest. Unfortunately her own life was not that wonderful.

Imagine Pride and Prejudice except Lizzie doesn’t end up with Mr Darcy. Instead she watches him marry another woman, then dies. Wah!

13.The Woman in Black

Who cares if Daniel Radcliffe and his son reunite with their wife and mother in death, the film ended with them getting smushed by a train. WHY?!?!?!

Life of Pi seems like the beautiful survival story of a young boy trapped with a tiger. But at the end, you hear a different story about how he survived. Involving cannibalism. Guess which one was real? Ugh.

He finds a cure! Then he dies. The end.

The main girl DIES. This is supposed to be a kids movie!

So the two gay lovers weren’t going to end up in an isolated ranch somewhere together, we think we knew that. What we didn’t expect was how poor sweet Jack dies so horribly.

Chris and Gordie are best friends and share feelings etc, when Gordie's brother dies and Chris breaks down thinking he’ll never amount to anything. In the end we find out that he went to college, became a lawyer, then DIED intervening at a fight at a fast food restaurant. Someone hold us.

We all know it’s going to happen, but Baz Luhurmann’s 1996 film made it all that more tragic when he wrote in that scene where Juliet wakes up before Romeo dies. Like, just to make teenagers in love killing themselves that bit more tragic.

We feel pretty much how Tobey Maguire’s character feels at the end of this film. Just sick at everyone and everything.

“I will love you, until my dying daaaaaaay.” So today then? What a waste of time. Poor Christian.

Atonement follows Briony as she feels lifelong guilt over falsely accusing her sister’s lover Robbie for raping her cousin. When she is grown-up, Briony visits her sister and Robbie to apologise. Then we find out what actually happened, and it’s not good.

3. The Boy In The Striped Pyjamas

Those poor little boys dying in a gas chamber as Bruno’s mother screams outside is literally horrendous.

We just watched an entire movie about the blossoming relationship between two people who are wonderful in every way and deserve nothing but happiness. BUT then Kate's ice cold survival instinct kicks in and she just WON'T let him up on the floating door. So JACK DIES. And that line? "I'll never let go" - a TOTAL lie.

1. Requiem For A Dream

This ending couldn’t possibly be more depressing. Nice music though.

How many of these depressing gems have you seen? Tweet us @sofeminineUK