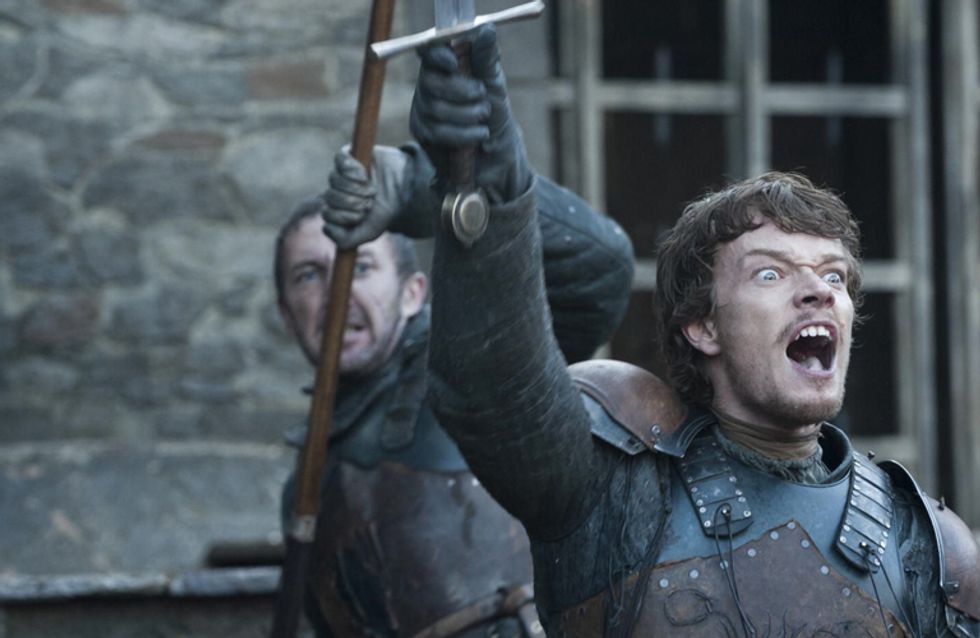 Remember when you thought you'd give Game of Thrones a try, so you watched the first episode? It was pretty good, so you gave the second a chance. Four seasons later, and the fans of Game of Thrones have become the most passionate in the world - breaking records for online streaming and social media with their violent reactions to the storyline (ahem, Red Wedding anyone?). But has your GoT obsession gone too far?

1. You laughed at this way more than you should

2. You own one or more fan t-shirts

3. You know every single one of the million characters (and their allegiances)

4. The Red Wedding hit you hard

5. You’ve never felt so sorry for anyone as you have Jorah Mormont

The man is deep in the friendzone with no chance of returning.

6. You have strong emotions towards George RR Martin

On the one hand he created Game of Thrones, yes. But did he really need to kill so many of our beloved characters? Oh, and he has two books to go, so there’s that as well.

7. You have genuinely wondered whether you’d prefer a dragon or a direwolf

8. You love Jaime Lannister so much that you’ve let the incest and attempted murder of a child slide…

Especially when he’s with Brienne. Sniff.

9. These figurines are the best way with which to decorate one's home

10. Monday nights are no time to be making plans. You already have plans.

11. You have already renamed your pet cat Ser Pounce

Ser Pounce will help out in EVERY situation.

12. If you see anyone reading the books you instantly make eye contact and indicate you too know what’s happenin’

13. You know what Jon Snow knows

Get that video camera set up!

15. When you impulsively shout ‘Seven Hells!’ when you hurt yourself

16. You know more about the history of Westoros than…well…actual history

17. The same can be said for politics

We would have passed every exam at school if it was based on Westeros for heaven's sake.

19. You have done many an online quiz

20. You also know who should really be sat on the Iron Throne

Did any of this apply to you? Tweet us your nerdiest Game of Thrones fan moment @sofeminineUK

In red
by the editorial team