by Emmy Griffiths Published on 4 September 2014 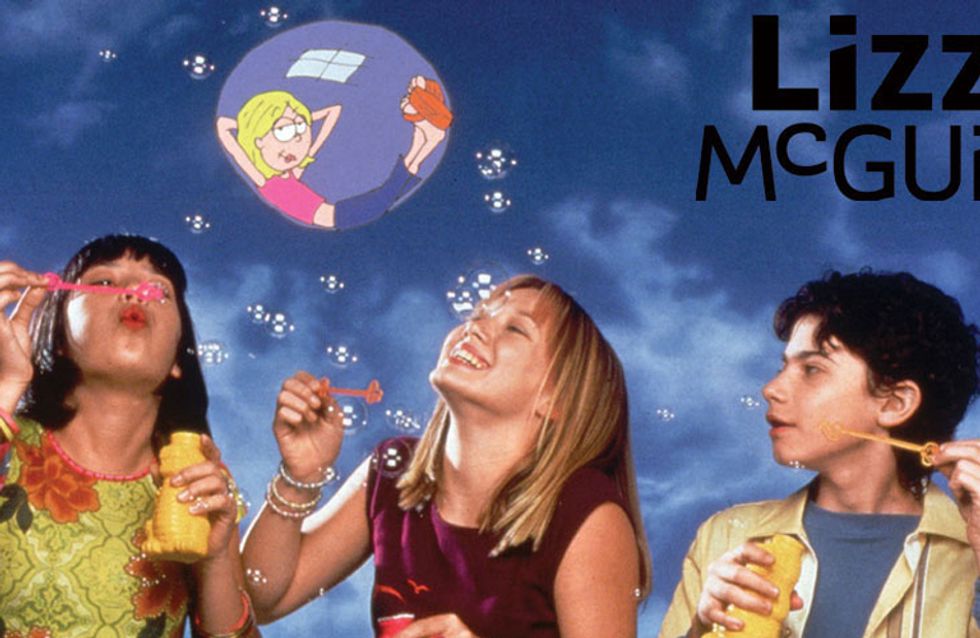 We have majorly fond memories of our fave Nickelodeon and Disney characters. And whilst they will always be that way in our memories (and hearts), everyone must grow up eventually, even though it's HEARTBREAKING and makes us feel old AF. Check out these Disney kids then and now, and try to keep it together as best you can...

Hilary Duff is now a mother, film producer, author, designer, philantropist and actress. Basically she's been keeping herself busy since her Lizzie days!

We all knew Gordo's larger-than-life locks were insane, but THIS?! Adam has completely shrugged off the Disney kid life and is now a development associate. With bad hair.

Lalaine has been largely focused on her music since the McGuire days, and was a member of the band Vanity Theft up until 2011.

We thought he was hot back then and dammit he's hot now! It looks like he still does a little bit of acting as well - he was in NCIS earlier this year.

Kyle last appeared in a film in 2010, and has been off the radar ever since. Oh Tudgeman.

Ashlie's personal site hasn't been updated since 2006 (omg no), and it looks like she has avoided social media ever since, much to our disappointed! Ashlie, give us a ring and let us know what you're up to nowadays!

Shia LaBeouf has gone a bit weird, as well we all know. Accused of plagiarism, appearing at premieres with a bag over his head and sitting silently while people browbeat him in an 'exhibition', we think it's fair to say his days of being the cute and loveable Louis are gone.

Okay, this is cool. After Even Stevens, Christy became the voice of Kim Possible! What's the sitch Christy?!

A.J., besides being a super hot adult, is a working actor and engaged to The Originals actress Leah Pipes.

Kenan is a member of the SNL team, the voice of greedy smurf and a father to a baby girl born in June. Naw.

Kel has gone on to appear in more movies than we could count and the presenter of a dance show. The big question is - does he still love orange soda?

Vanessa's Facebook fan page says she is a Director/actor, but it doesn't look like she's done anything much recently. Where did you go V?!

Raven has done a lot of voice work recently, most notably in her role as Iridessa in the Tinker Bell films. She recently came out as gay when the same-sex marriage law was passed in California, tweeting: "I can finally get married! Yay government! So proud of you".

Orlando was arrested for a DUI, has previously been reported as missing, and was arrested AGAIN when he failed to show up to his court date. Oh snap Eddie.

Anneliese has gone from Raven's ditzy sidekick to a complete theatre buff, appearing in Thoroughly Modern Millie, The Importance of Being Earnest and Emma as central roles.

Kyle was last in the spotlight when he was a runner up in Dancing with the Stars.

TV show: Clarissa Explains It All

Appearing in sitcom Melissa and Joey and married with three kids, it looks like Melissa came out of the childhood actor experience more or less intact!

Sean is nowhere to be found online. We're guessing he's still climbing into Clarissa's room though. Some things'll never change.

Jason is now working at HBO as a software engineer.

TV show: The Suite Life Of Zack and Cody

The twins have definitely grown up, especially since Dylan Sprouse nude pics appeared online to everyone's embarrassment who ever sang along to the suite life theme song. Cole found it utterly hilarious though, tweeting his brother after the leak asking: "cold in that bathroom huh?"

Ashley formed her own production company in 2008 and has been producing films ever since. We're so proud of our little Maddie!

Seeing as Alyson is an ah-maz-ing dancer, she's been in two Step-Up films since The Suite Life!

Brenda actually broke the Disney curse and got a role in a GOOD film. The Social Network, anyone?

TV show: Phil Of The Future

Ricky lives in NYC, speaks fluent Hebrew and hasn't been on TV since 2013. Ricky. Come on now.

It looks like Amy gave up acting, last appearing in Nancy Drew in 2007.

Keely's most popular role since POTF HAS to be as Emma Stone's brash but well-meaning friend Rhiannon in Easy A. She'll also be starring in the new zombie show iZombie this year - sounds good...?

Drake is now an active Bieber hater and lives to wind his fans up on Twitter. It's actually pretty hilarious.

Not only has he become THE MOST BEAUTIFUL HAPPY PERSON ON THE PLANET, Josh has an active Vine account, and his short vids are hysterical!

Miranda is the voice of Margo in Despicable Me, and bought her own $2.65 million house in 2012. She's twenty-one. Ugh.

Miley is now the total opposite to her bubblegum alter ego Hannah Montana, and we vary on how we feel about it. Most of the time we just want her to put something on and stop gyrating.

These days Emily Osmont is all about the television movies. She's also the younger sister of Haley Joel Osmont (you know, the kid in The Sixth Sense who saw dead people).

Michael got into some trouble in 2011 and was charged with a DUI which led to his being written out of new show Pair of Kings and the show he hosted, PrankStars, to be cancelled. Time for a comeback Musso?!

HIPSTER RICO IS THE WORST KIND OF RICO.

Who do you think has changed the most? Miley Cyrus? The Sprouse twins? RICO? Tweet us @sofeminineUK!

28 Adverts That Defined Our Childhood