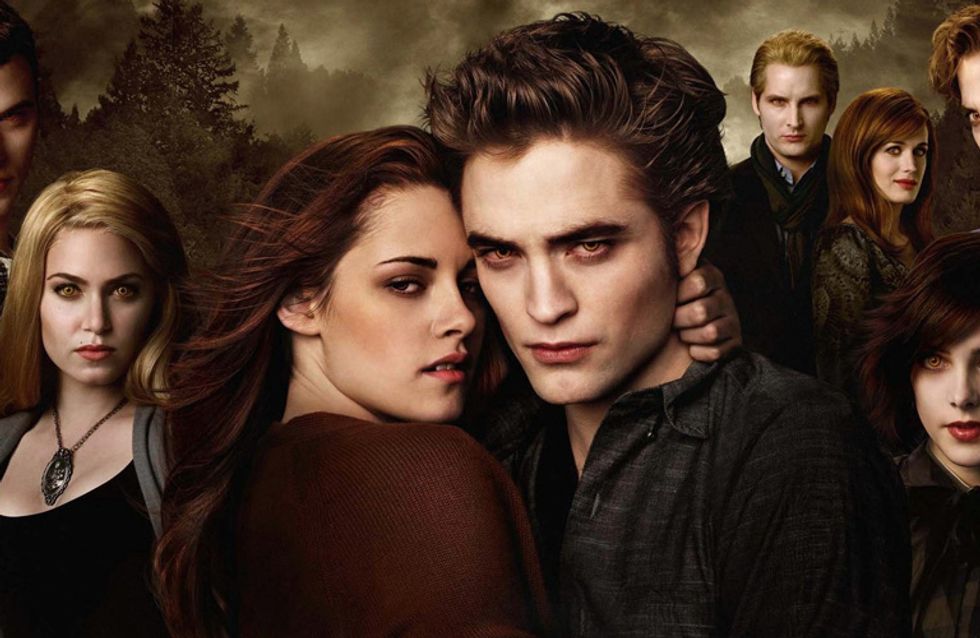 Whether you hated the Twilight saga with a burning passion or loved it as much as Bella loves Edward, we all have to accept that it is coming back into our lives in probably THE most ridiculous way. To celebrate the ten-year-anniversary since the release of the novel that changed vampires from blood sucking terrors to sparkly My Little Pony's, Twilight author Stephanie Meyer is releasing a novel about Edward and Bella but get this - she's switching their genders. SMH.

In a move that seems extremely similar to E.L.James' money-spinning idea of slightly tweaking her insanely popular best selling novel 50 Shades of Grey to be from Christian's POV instead of Ana's, Stephanie has gone ahead and rewritten the first Twilight - except that this time Bella will be a human boy called Beau while Edward will be a vampire lady named Edyth (LOL).

Meyer made this entirely weird and unnecessary decision not for the certain millions she's bound to make, but rather to tear down the beliefs that Bella is just a damsel in distress who loves Edward irrevocably (because it's not like she sat in a chair for three months when he dumped her in New Moon or anything), but that she is simply a human in a supernatural world, and a boy would be JUST as likely to be as much as a wimp as her.

​Rather than a damsel in distress, Meyer calls her a "human in distress", and that she is: “a normal human being surrounded on all sides by people who are basically superheroes and supervillians.”

The novel is 442-pages long (sigh) and is entitled Life and Death: Twilight Reimagined. Pssh.

Meyer is also writing it to prove that Bella's infatuation with Edward isn't "somehow just a girl thing". However, the characters will have their slight differences. According to Meyer, Beau (LOL) is a little OCD and is "totally missing the chip Bella carries around on her shoulder all the time."

Unfortunately for the fans out there, this is an official end to Meyer's planned novel Midnight Sun, which was the story told from Edward's perspective and was left after it leaked online years ago, as Meyer has confirmed she won't be completing it due to a lack of time. She's too busy writing about the adventures of Edyth and Beau!

'Stephenie Meyer is releasing a gender swap version of Twilight for the 10 year anniversary' 'It's not Midnight Sun' pic.twitter.com/uWbWXjhnMe

We're really curious about this new novel as it becomes available as a ebook and hardbook TODAY, but we're more curious about what Robert Pattinson's reaction to this would be as, we all know, he freaking hated doing those movies. Need some evidence?

Will you be reading the new Twilight novel? Tweet us @sofeminineUK!