What Kim Kardashian's Butt Shot For Paper Taught Us About Media: HINT - It's Not Good.

by Cliche Wynter Published on 12 November 2014 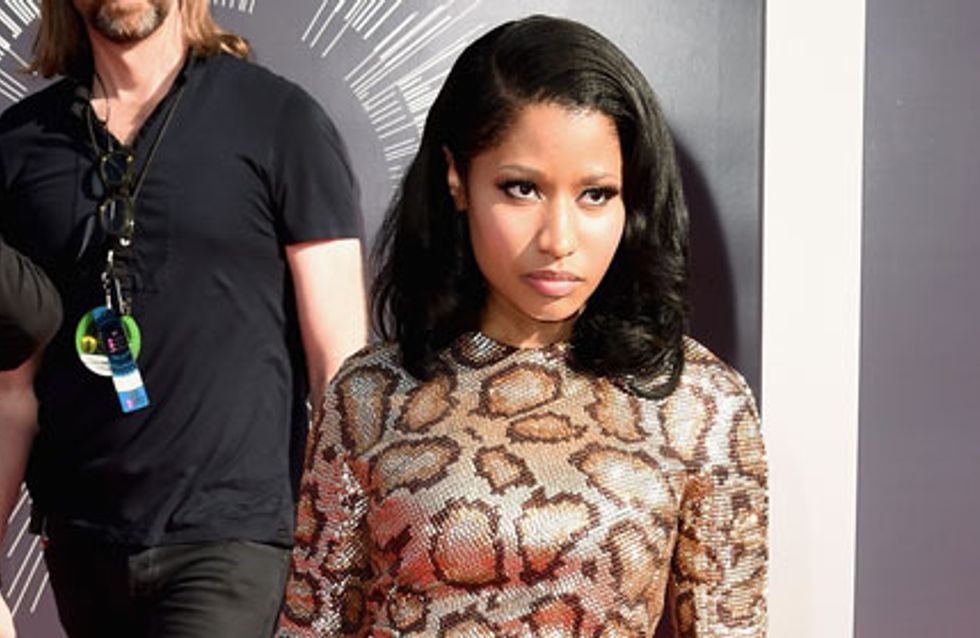 Back in July when Nicki Minaj received backlash for her sexy "Anaconda" single art work, she shot back at critics with a series of photos on Instagram that metaphorically said: "If I looked a little less like me, this would be acceptable." Her point was perhaps proven last night when Paper Magazine unveiled their winter cover with a bare-assed Kim Kardashian front and centre. The reaction? Mostly positive. So in a battle of the booties, we began to wonder why.

I kind of want to just ignore Kim Kardashian and her entire family and quietly hope that they eventually fade away into oblivion. But alas, their antics make it practically impossible not to notice them.

Case in point: last night Kim K was revealed as the eye-grabbing cover star for the latest issue of Paper Magazine. Their goal was simple enough, #BreakTheInternet by featuring a woman who is known for her ample assets pose in the buff for the millionth time. Let's pause for a moment to applaud this genius move.

There's no doubt about it, when you put a naked Kardashian on anything, people WILL talk. It's a no-brainer. And while the spectrum of reactions ranged from: "GOD DAMN, SHE'S SEXY AS HELL!" to "Put some clothes on, you're a mom" I found myself neither here nor there. I wasn't shocked nor was I angry. I just felt uncomfortable for a number of reasons.

She has since deleted it from her page, but it still remains on Scott Disick's page.

So as to be imagined, I had already had my fill of all things Kardashian by the time the naked photo emerged online. But when it did, I found people quickly coming to Kim's defense and applauding how stunning and "sickeningly gorgeous" she appeared.

I found it particularly poignant that the spread's photogapher Jean-Paul Goude chose to recreate his famous "The Champagne Incident" (which originally featured a woman of color) with Kim (a woman who was unaware of the scope racism until she had her daughter).

I then began to think about Nicki Minaj. In July she released the cover art for her hit song "Anaconda", and it featured the rapstress clad in a pink g-string, a pair of Jordans, and just about nothing else. People were immediately outraged. How dare Nicki put her perfectly round ass on display for the world to see? Who did she think she was?

Never one to be silenced by naysayers, she took to Instagram and posted a slew of photos of models with their booties out with a simple caption: "Acceptable."

Though Nicki may have been taking aim at the way thinner bodies are perceived by the general public, the reaction to Kim Kardashian's latest spread proves it may also be a matter of race relations.

While black women continue to have their bodies stigmatised, a woman of Kim's background is lauded for her bodacious bod.

In related news: water is wet and the sky is blue.

P.S. As for breaking the internet, mine still works fine - just like my brain.