by Emmy Griffiths Published on 19 October 2015 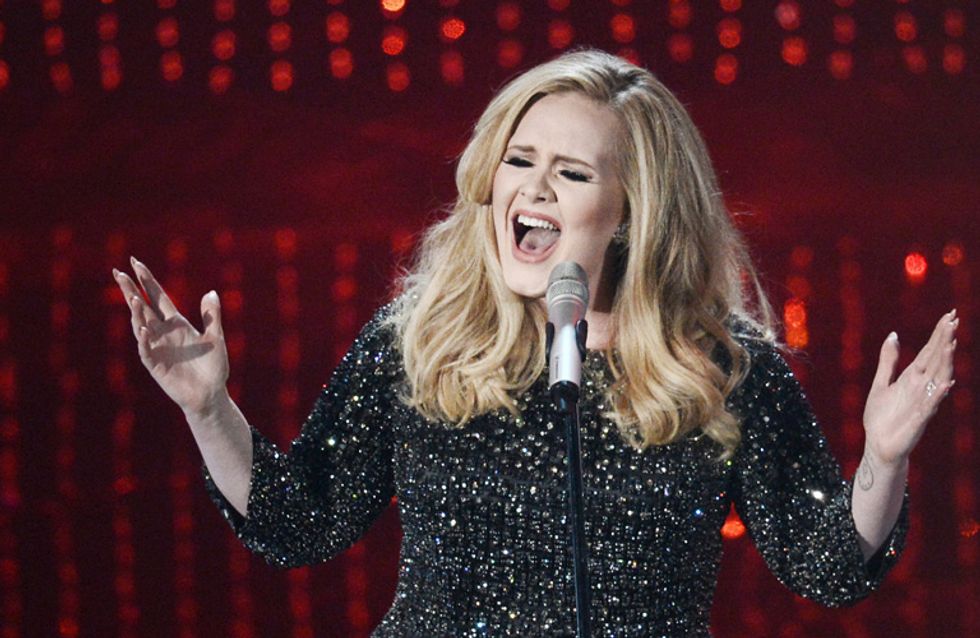 Oh Adele, how we have missed you. The 27-year-old Oscar-winning singer treated us to a sneak peek of her new album, 25, during The X Factor ad break last night, and needless to say we've all gone a little bit cray cray over what we heard.

The ad was only around 30 seconds, and was simply Adele singing as the lyrics appeared on a black screen, which reflected the confusion, realisation and unparalleled JOY on our faces when we realised just what we were witnessing.

As for the lyrics, did anyone else think Adele has written this precisely for her fans who have been driven mad by the four year gap between now and her last album, 21?! She sang: “Hello. It’s me. I was wondering if after all these years you’d like to meet to go over everything. They say that time’s supposed to heal ya but I ain’t done much healing.”

The 30 sec music clip that has the industry in a frenzy. Oh boy...@OfficialAdele is back #25 #Adele pic.twitter.com/u3MJPSuYQL

Needless to say, the Internet went insane by the knowledge that Adele was BACK. Here are our favourite, not-at-all hyperbolic reactions to the ad. Some were hysterical:

Some identified that the Queen has indeed returned.

Some accurately guessed how many awards her new album would win.

Adele 2 minutes after her snippet was released pic.twitter.com/Fl7GkHdAOj

Adele is coming out with a new album. I'm just preparing pic.twitter.com/jkU4GEQjh3

Someone rightfully guessed the other artists' reactions.

Adele: Hello, it's me All of our faves: pic.twitter.com/kUvSNpvVde

We think Dina sums it up best though.

Are you excited for Adele's new album to drop? Tweet us @sofeminineUK!