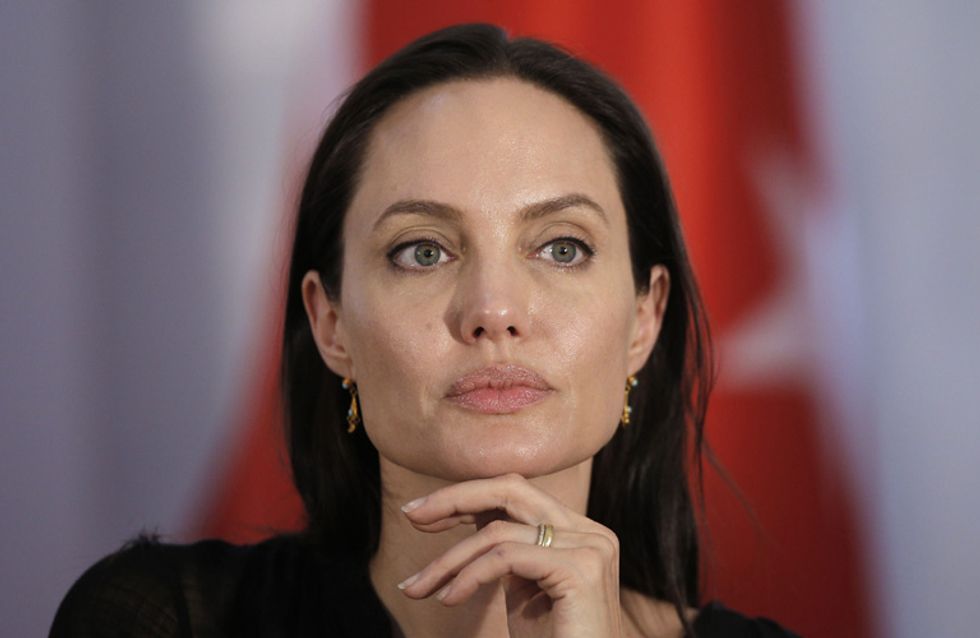 From receiving the Jean Hersholt Humanitarian Award to her role as Special Envoy for the UNHCR (United Nations High Commissioner for Refugees), Angelina Jolie's humanitarian work is more than impressive. As Special Envoy, Angelina recently spoke out about the Syrian Refugee crisis at the UN and did not hold back from telling it exactly how it is, proving that not only is she an amazing actor and director, she's also a true inspiration.

Since Syria's civil war began in 2011, Angelina has visited the country eleven times and has seen first hand the horrors that the war has brought to civilians, and why they are fleeing the borders. It stands to reason that she has brought this first hand experience to the UN, telling them how desperately Syrian refugees need help.

She said: "It is sickening to see thousands of refugees drowning on the doorstep of the world’s wealthiest continent. No one risks the lives of their children in this way except out of utter desperation. If we cannot end the conflict we have an inescapable moral duty to help refugees and provide legal avenues to safety."

"Nearly 4 million Syrian refugees are victims of a conflict they have no part in, yet they are stigmatised, unwanted, and regarded as a burden so I'm here for them, because this is their United Nations."

The Academy-award winning actor spoke out for the Syrian population fleeing their homeland to find sanctuary in any way that they can, and how they desperately need more aid.

"I make three pleas to the International Community. The first is an appeal for unity. It is time for the security council to work as one to end the conflict and reach a settlement that brings justice and accountability for the Syrian people..." said Jolie. "We cannot look at Syria and the evil that has arisen from the ashes of indecision, and think this is not the lowest point in the world's inability to protect and defend the innocent."

What do you think about the refugee crisis? Do you agree with Angelina that we should help any way we can? Tweet us @sofeminineUK!

Women’s Equality Day: 10 Things That Are Still A Work In Progress For Feminists In 2015