Anna And Elsa From Frozen Are Tarzan's Sisters!

by Emmy Griffiths Published on 13 August 2015 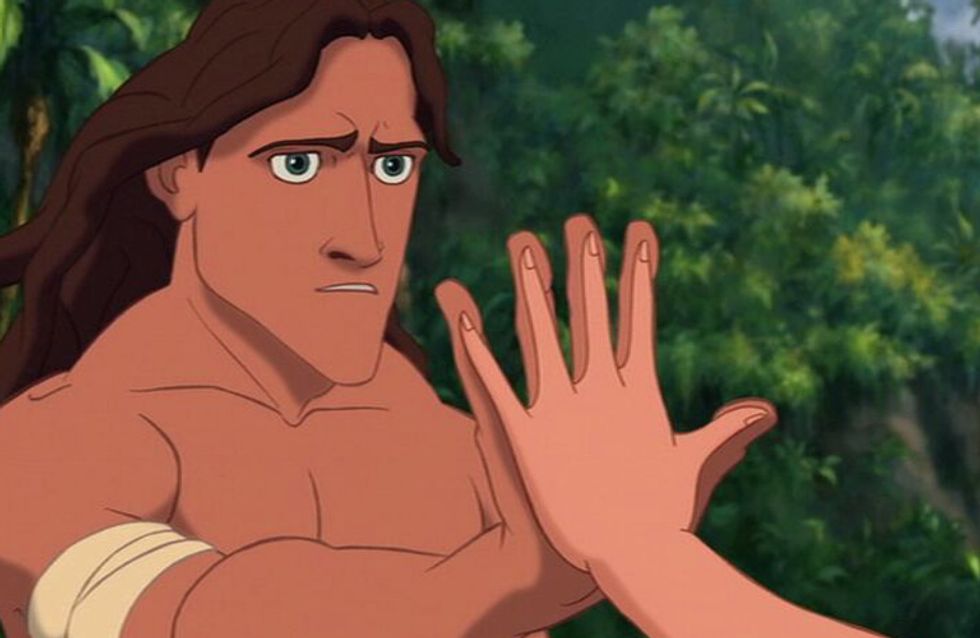 If you're thinking 'WHAAAAT?!?!' right now, trust us, it all makes PERFECT sense! Okay okay *deep breath, tries to calm down*. We all know that Elsa and Anna are the Queen and Princess of Arendelle, and that their parents die in a shipwreck, right? WRONG.

According the Frozen's director Chris Buck, although the King and Queen of Arendelle were caught in a pretty bad storm and their boat was shipwrecked, they managed to make it to a tropical island with their newborn son, where they survived for a while before being mauled to death by a leopard. SOUND FAMILIAR?

Watch this clip and do enjoy the Phil Collins soundtrack.

Chris explained: "When you're working on a feature, you have a lot of time to think about stuff because it takes four years to make one. I think Jen and I were walking to a meeting, and I just started to tell her the entire story. I said, 'Of course Anna and Elsa's parents didn't die. Yes, there was a shipwreck, but they were at sea a little bit longer than we think they were because the mother was pregnant, and she gave birth on the boat, to a little boy.

"They get shipwrecked, and somehow they really washed way far away from the Scandinavian waters, and they end up in the jungle. They end up building a tree house and a leopard kills them, so their baby boy is raised by gorillas."

To be fair, the parents DO look alike! ​

Do you realise what this means? Anna and Elsa are related to Tarzan! Tarzan is their little brother! If we're going by the old rules, Tarzan should be King of Arendelle! Eek!

Although Chris has hastened to explain that this IS NOT strictly the truth, he did say the fun with Disney was that you could link them all together if you want. He said: "Whatever people want to believe, go for it. If you want to tie them all together, then do it. That's the spirit of Disney."

Do you think this is plausible? Tweet us @sofeminineUK! ​