Are Mariah Carey and Nick Cannon leading separate lives? The diva speaks out

Mariah Carey has let it slip! It has been confirmed the diva and her hubby-of-seven-years, Nick Cannon have been leading separate lives after all. After swirling speculation concerning the status of their marriage it’s now clear that the twosome are rarely together. Nick was even absent for most of the Glitter star’s pregnancy.

In an interview with Andy Cohen on Sunday night’s Watch What Happens Live, Mariah Carey admitted her baby daddy, Nick Cannon was hardly around during her troubled pregnancy with their twins, Monroe and Moroccan, 2.

And in answer to a fan’s burning question Mariah dismissed having anymore children with Nick.

Mariah Carey struts bikini bod in snowy Aspen - See the pictures!
Mariah Carey never ceases to amaze her fans with her extravagant and outlandish behaviour. The superstar took to Instagram on Saturday night, posting various snaps of her bikini-clad bod while in freezing Aspen, Colorado. See the steamy pics below!

“I had preeclampsia; I had gestational diabetes, a really difficult pregnancy and I was alone most of the time" she explained.

She quickly added: “We love Nick, but he’s working!

“He’s the hardest working man in show business. Hi, Nick!” she said smiling and waving down the camera. Nick and I have a boy and a girl, I couldn’t ask for better" she said on the popular Bravo show.

But, if men could have the ability to become pregnant, there could be a chance for more children. Mariah joked she’d be all for it! “If Nick could have the babies himself, then maybe. Then, bring ‘em on. We love kids!”

“I’m responsible for these children ’til forever so I look at it like, they didn’t ask for this lifestyle, here they are and it is so different than just being able to just be like, ‘OK, bye, well, I’m going here now, I just did a show, I’m leaving.’"

But there's more reason why the starlet doesn't want more children. Let’s not forget when Mariah claimed having twins was one of the "toughest experiences" of her life.

​“To anyone who’s ever carried twins, it’s a totally different experience to carry twins in your body - you don’t even know who you are.”

Earlier this week we saw the superstar post a sexy series of bikini-clad photos on her Instagram feed, but Nick was nowhere to be seen.

When asked about her festive plans this year he wasn’t mentioned once. “I’m going to have the best time possible in a snowy layer ensconced in Aspen with the babies.

“We’re going to have as much fun as possible — I have to have snow" she said.

It’s clear that the couple’s busy schedules lead them to live totally separate lives - so our question - are the divorce rumours true? Why are they still together?

Is it for the sake of the twins? Or have they agreed on an open marriage? Tell us what you think. Tweet us @sofeminineUK 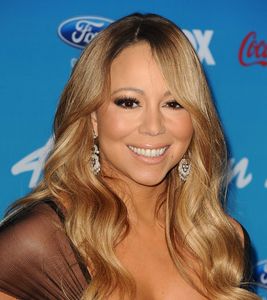