by the editorial team Published on 19 November 2013 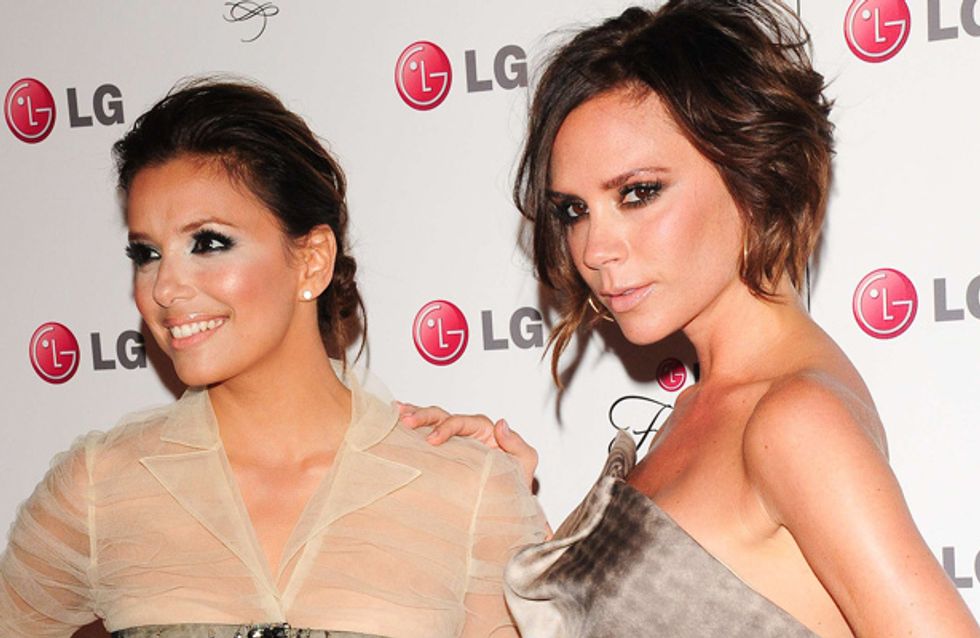 Victoria Beckham shared a snap showing her barefoot and on her knees making last minute alterations to a dress that actress Eva Longoria has borrowed. Well what are BFFs for eh? Especially ones who are award-winning designers at the helm of their own wildly successful fashion labels. We’re not jealous of Eva Longoria…not one bit.

Despite looking immaculate at all times, Victoria Beckham has proved that she’s no stranger to rolling up her sleeves and getting stuck in when it comes to designing.

The fashionista is clearly also handy with a needle and thread, as Eva Longoria’s gown that she was borrowing for the evening needed a bit of last minute shortening, which VB decided to do herself.

Seeing as the actress is only a tiny 5’1” (1.57m) in height, it comes as no surprise that Eva needed her dress taken up a tad.

Sharing a behind-the-scenes pic of the fitting with her seven million Twitter followers, mother-of-four Victoria captioned the image: “Fitting @EvaLongoria for her @GlobalGiftGala in London #globalgifters x vb.”

The 39-year-old is barefoot and kneeling by Eva’s feet in the image as she hems the black show-stopping, floor-length racer-front gown.

The former Desperate Housewives star is already fully made up with dark smoky eye make-up and a sophisticated updo, ready to attend the Fourth Annual Global Gift Gala in London.

Eva Longoria named Maxim’s 2014 Woman of the Year
It seems that the super sexy Eva Longoria can do anything. After appearing in several soaps, Eva strutted into the spotlight as a steamy suburbanite in the hit show Desperate Housewives. The award-nominated actress is also a successful producer of several television shows. And now, she's been named Maxim’s 2014 Woman of the Year! Way to go Eva!

The famous duo's close relationship is no surprise as Eva and Victoria have known each other for a while, and they also share the same hairstylist Ken Paves.

The ladies first met several years ago when David transferred to play football in the States, and the actress was often spotted on shopping trips with the former Spice Girl and on the sidelines of David’s games when he played for L.A. Galaxy.

Eva is also godmother to one-year-old Harper Beckham​, admitting at the time: ''Victoria asked me to be Harper's godmother and of course I said yes. I'm absolutely thrilled. Harper is simply adorable.''

Previously, Eva has said that it’s a perk having a fashion designer as her bestie, especially as Victoria lets her raid her wardrobe from time to time.

Hey Victoria – can we be your best friend too?!

What do you think of Eva’s dress? Tweet us @SofeminineUK. 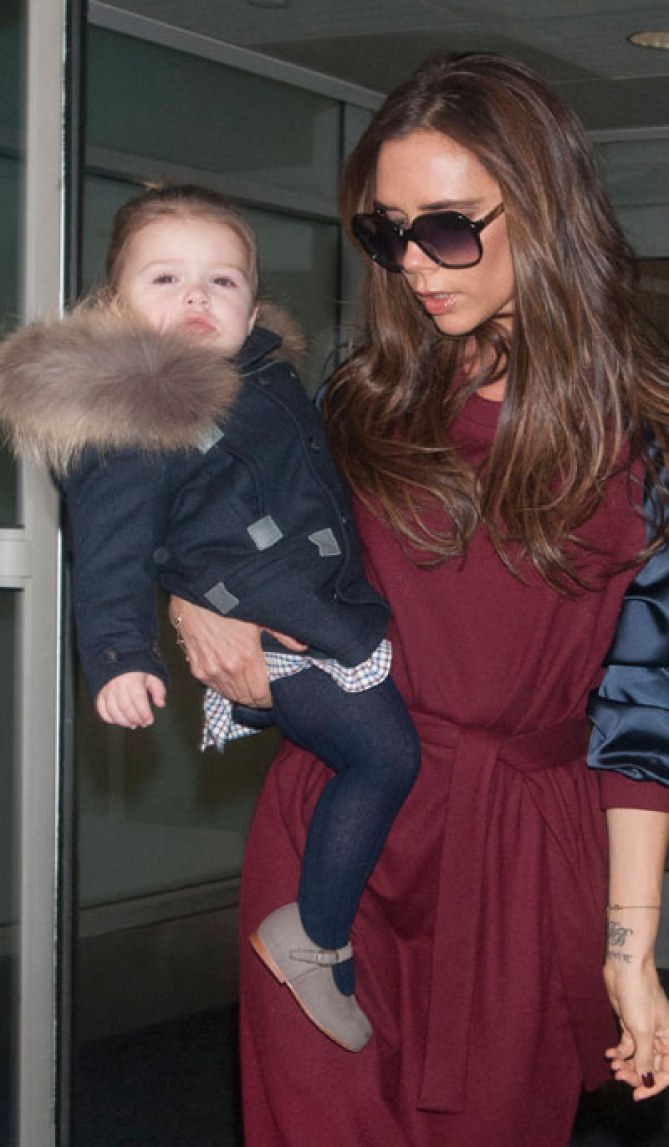