IT'S HAPPENING PEOPLE! Benedict Cumberbatch is treading the boards once more as Shakespeare's tragic hero, Hamlet, and we've finally been given a first look at the rehearsal photos. And he looks GOOD.

Benedict Cumberbatch is due to appear in a Barbican production of Hamlet between August and October this year and so for everyone who didn't manage to get their paws on a golden ticket, it looks like the amazing rehearsal snaps are all that the rest of us can cling to.

Benedict has had a busy year, complete with Oscar nominations, a marriage AND a new baby son, and honestly we're amazed he has the time to do a fully fledged show but hey, this is Benedict we're talking about. He is an actual magical creature and can do whatever he wants! Check him out in all of his casual rehearsal glory: 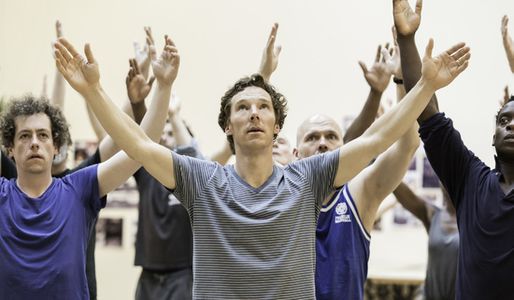 Although tickets were sold out within the hour upon their release, all hope still isn't lost for those dying to see the show! Every day 100 £10 seats will be available. So if you want to see Mr Cumberbatch in action, don't lose hope!

Do you have tickets to see Hamlet? Tweet us @sofeminineUK!

10 Classic Atticus Finch Quotes From The Character We Once Loved