by Emmy Griffiths Published on 26 November 2015 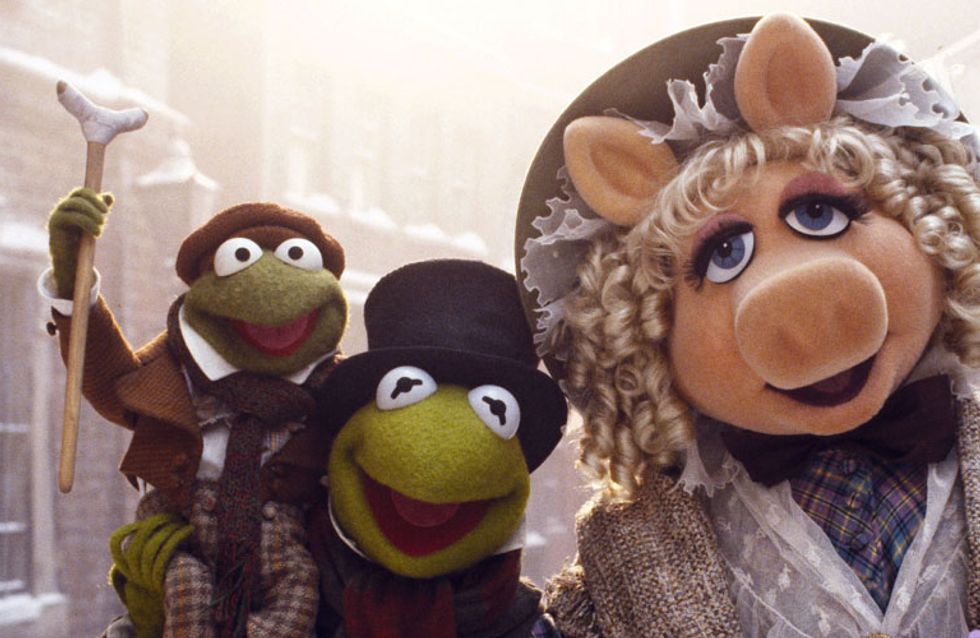 When Christmas rolls around, there's too many movies we've watched to death. Love Actually, Elf, The Nightmare Before Christmas are all great, sure! But Muppets Christmas Carol is different. It has every single thing you need for Christmas cheer and we genuinely believe it is single greatest Christmas movie of all time. Here's why its the only thing you need to get into the spirit of the season...

Kermit, Miss Piggy and all our other favourites play the classic Charles Dickens characters, with only Michael Caine clearly loving life playing the miserly human Ebenezer Scrooge. Seriously, Kermit as Bob Crachitt with his wife Miss Piggy has to be The Muppets makers finest move, especially since they two piggy daughters and two froggy sons.

He plays a fuzzy and blue version of Charles Dickens with a little help from his sidekick, Rizzo. Naturally they make the greatest bromance ever to hit the big screen and blend the classic story narration with a few of their own opinions, jumping in and out of the story and typically breaking down the fourth wall (especially when the story gets too scary for them and they run away).

This bunny will break your little heart

Has a cuter character ever been created? Particular animosity is felt for Scrooge when you see the little rabbit shivering away on the streets. WHO KNEW MUPPETS COULD MAKE YOU FEEL THIS WAY.

It's not about presents or money, it's all about being accepted and loved in a community. Children need to learn this! Send back their XBox and buy them this DVD instead, for the future of humanity!

Has a meaner version of Scrooge ever been portrayed? You can also tell Michael is having the time of his LIFE.

“Even the vegetables don’t him!”

They should remix this and play it in clubs. They'd make a killing.

It adds it’s own twist but keeps in with the classic, with most of Gonzo's narration being direct quotes from the novel, and it’s amazing. For example, Marley and Marley! WOOO!

This mouse family who just wanted some cheese

"No cheeses for us meeces!" - The best line of any film, ever.

The puppeteers never break character and it is superb.

The Muppets have ALWAYS done this and it's never not been funny.

Tiny Tim's future demise and Scrooge's fiance ending things as he becomes obsessed with his work KILLED US.

The ending will have you sobbing

When Beaker gives him the red scarf...sorry we're going to need a minute!

Is this your favourite Christmas film? Tweet us @sofeminineUK!

​It’s Official People! We Can Finally Go To Hogwarts