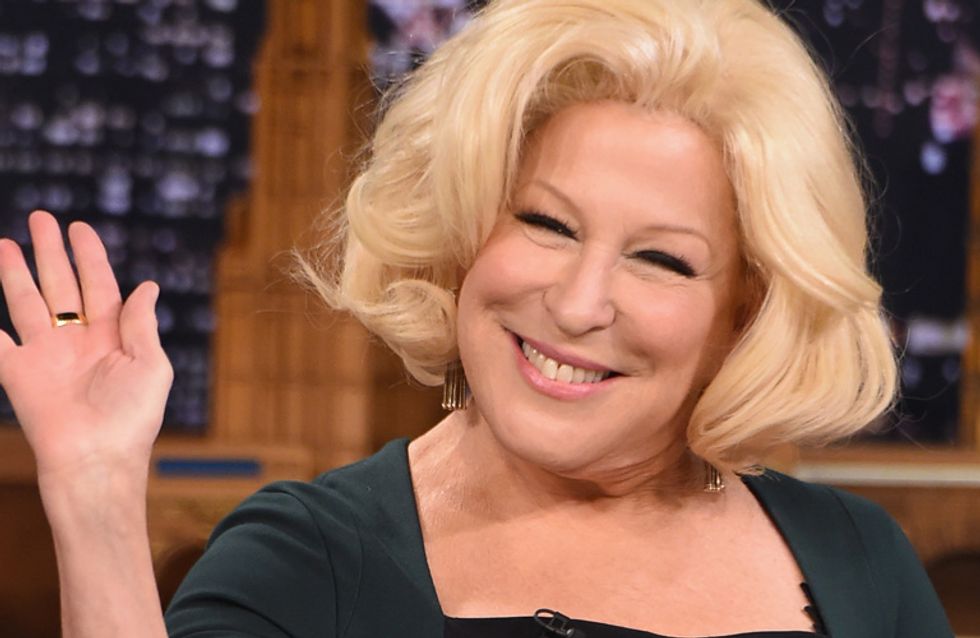 DEVELOPMENT! We were pretty excited when we heard that our favourite Hunger Games actor Jennifer Lawrence and Trainwrecked star Amy Schumer have become BFFs and are writing movie together, but this news that Bette Midler wants to star has got us on a whole new level of ARGH!

Bette Midler apparently loves Jennifer Lawrence and wants to be in the movie she and Amy Schumer are writing together. We reckon the girls would definitely find a place for Bette as well. This sounds like the best group ever. We wish they were our best friends, except that we will never be their best friends/ever have a part in what is shaping up to be the great movie of our time.

Check out the tweet that launched a thousand screaming fangirls:

Amy Schumer & Jennifer Lawrence are co-writing a screenplay about sisters. Hmm, who could play their mother? She'd have to be DIVINE!

We don't know much about the new screenplay, but good old JLaw has been excited enough to chat about it to The New York Times. She said: “We play sisters. We’re almost done writing. It just flowed out of us. We’ve got about 100 pages right now.”

Jennifer and Amy also sound like they LOVE each other. She continued: “Amy and I were creatively made for each other. We have different flavours. It’s been the most fun experience of my life. We start the day off on the phone, laughing. And then we send each other pages. And we crack up."