by Emmy Griffiths Published on 10 August 2015 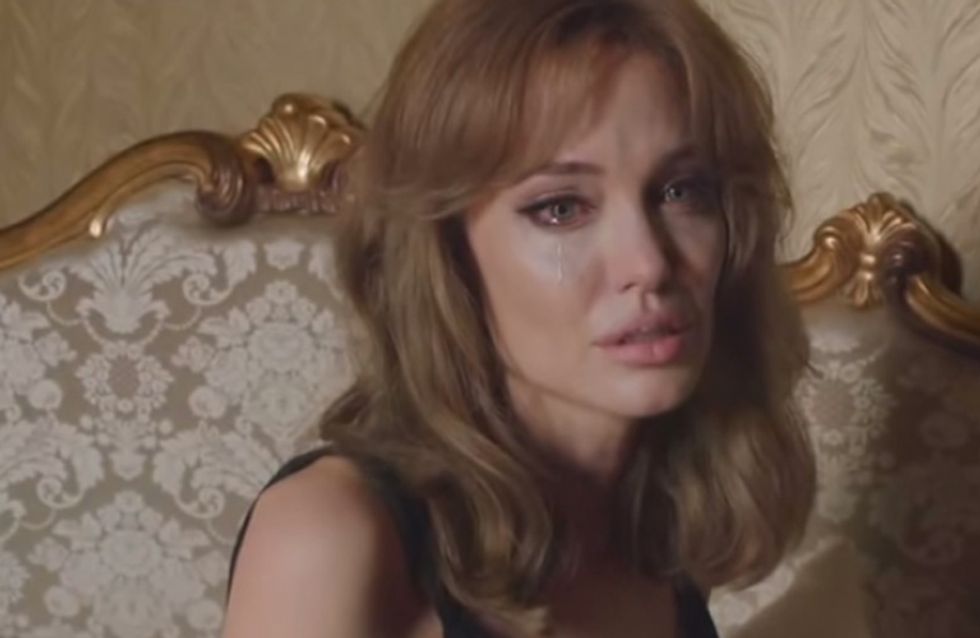 Ten years since Brad and Angelina played married spies in Mr & Mrs Smith (yup, the movie that ended Brad and Jen's marriage #TeamJenForever), the happily married parents of six have paired up again to play a seriously troubled married couple in 'By The Sea'.

Angelina Jolie has been a busy girl these days. Not only is she starring in By The Sea with her hubby, universally admired dreamboat Brad Pitt, she also wrote, produced AND directed the movie, which follows a couple Roland and Vanessa at three different stages in their life (in at least one they are having some serious marital problems). Hopefully Ange isn't just writing what she knows, because you can feel the intense hatred of this couple simply by watching the trailer. Check it out...

Since Brad and Angelina FINALLY got hitched last year after a nearly ten-year courtship, Angelina told The Daily Mail how much she enjoyed working with someone she knows so well. She said: 'I understand and appreciate his creative process and his work ethic even more than before."

Apparently fake-fighting with her hubby wasn't fun either, as she admitted: "It was hardest [when] I was directing our fight scenes." Aw, Ange!

Do you think the movie looks good? Want to see Angelina and Brad together onscreen once more? Tweet us @sofeminineUK!

Sherlock Holmes 3 Officially In The Works