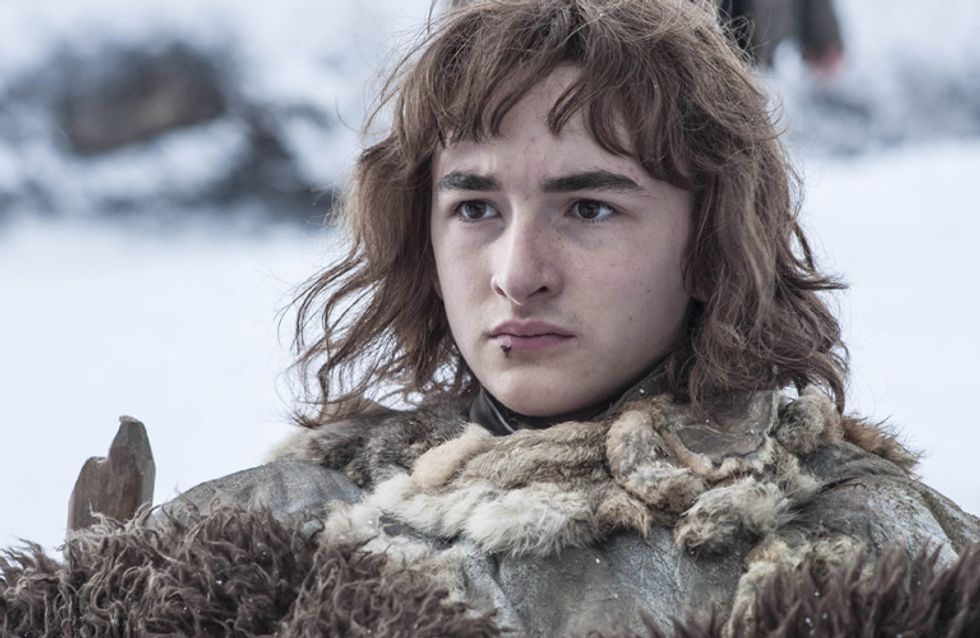 Welcome back Brandon Stark of Winterfell! Your storylines might be a little dull (come on, they largely consist of journeying across cold barren lands with Hodor), but we still sorely missed you in season 5. Fortunately, the actor who portrays Ned’s crippled son Isaac Hempstead Wright has confirmed his return. Celebratory Hodors all round!

Bran Stark has had just about as much luck as the rest of the Stark clan. He was pushed out of a tower, made comatose, crippled for life, kidnapped, forced to escape his home before disappearing altogether come season 5. Good one.

However, the absence of Bran wasn’t, like other characters we once knew (miss you Gendry, Yara, the entire Brotherhood without Banners), due to his lack of importance, but rather than his story had caught up to the end of George RR Martin’s original material by season 4, and so his absence in season 5 gave the other characters a chance to catch up. Showrunner David Benioff explained: “If we pushed him forward [season 5], then he’s way ahead of where the other characters are.”

Makes sense. But happy are the days that Bran is finally returning to the show, as confirmed by actor Isaac Hempstead Wright. He told the Irish Examiner: “I can’t say a lot, but I am back this season, and it’s going to get particularly interesting with Bran. He has some interesting visions.”

We all know that Bran was just getting to grips with being a Warg, and at the end of season 4 he had finally found the mysterious three-eyed raven who was to help him on his journey. According the Benioff, Bran’s absence in season 4 was also due to the fact that he was in training, likening him to Luke Skywalker. He said: “Like, it would be far less interesting, after The Empire Strikes Back to have an hour-long movie in between Empire and Return of the Jedi where Luke is training. It’s so much cooler to cut from the end of Empire to beginning of Return, where he’s become a Jedi.”

Does this mean that Bran will be a 100% warging pro by the time we reunited with him? Will he be able to warg into Hodor without any problems, any animal he sees or even *cough* dragons? Hmm. Hmmmmm.

Isaac also weighed in on the death of (SPOILER!) Jon Snow. He said: “I don’t know [if he will come back]. He said he’s not. I wish he would because I love Kit and because the character’s so cool. Who knows? We start filming series six at the end of this month so we’ll see.”

Rumours that Jon Snow will be resurrected in the show after season 5’s finale saw him brutally murdered by his Night’s Watch brothers peaked recently when Kit Harington was spotted at Wimbledon still sporting his long Jon Snow curls, especially since the actor has previously been very vocal about how much he hates the curls, telling Metro in 2014: “I’ll cut it off quite soon. As soon as I’m allowed.”

Are you looking forward to seeing Bran again, and do you think Jon Snow will be back for season 6? Tweet us @sofeminineUK!

This Disney 90s Supercut Trailer Will Give You ALL The Feels