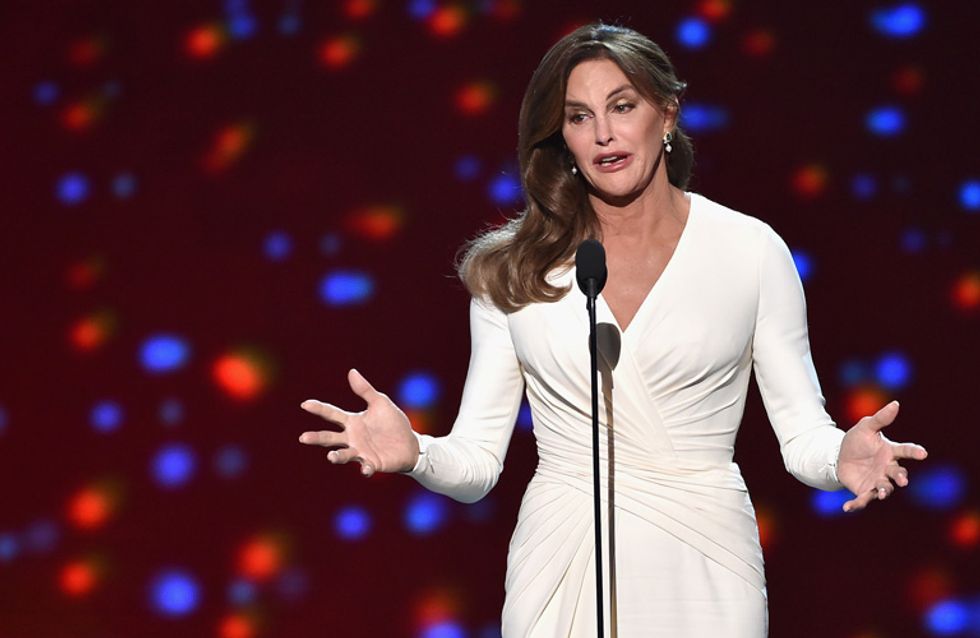 Caitlyn Jenner accepted the Courage Award at the ESPY Awards and had all us all weeping salty tears of pride. Speaking of her decision to go through a gender change she used this platform to highlight the problems faced by the trans community and how important it is to highlight the issue and encourage acceptance among people going through the process. YAS QUEEN!

Opening her speech with jokes about the fashion police and all the trouble she faced trying to find a dress for the evening, Caitlyn Jenner was on top form at the ESPY Awards as she accepted the Arthur Ashe Courage Award, named after a tennis player turned AIDs activist, which celebrates bravery in athletics.

​Caitlyn, who won an Olympic gold medal in 1976, was chosen as the award recipient as according to ESPY producer Maura Mandt: "Caitlyn's decision to publicly come out as a transgender woman and live as Caitlyn Jenner displayed enormous courage and self-acceptance...somebody from the athletic community who has done something that transcends sport."

The Olympian, who claimed that "the last few months have been a whirlwind", acknowledged the troubles that face transgendered people, and spoke about individuals who had recently lost their lives through murder and suicide due to being trans, and how important it is to shed light and encourage acceptance. She said: "Every time something like this happens people wonder, could it have been different? If spotlighting this issue with more attention could have changed the ways things happen? We'll never know."

“If you want to call me names … go ahead, I can take it. But for the thousands of kids out there coming to terms with who they are, they shouldn’t have to take it.”

She also brought attention to the immense bravery every trans person is capable of, and how the actions to become who they truly are should be respected. Preach Caitlyn, you glorious creature.

"​Trans people deserve something vital, they deserve your respect", she said. "From that respect comes a more compassionate community.”

Finally, fighting back tears as she addressed her family in the audience, including Kendall, Kylie, Kim and Khloe, she said: "You guys have given so much back to me. I am so grateful to have you in my life."