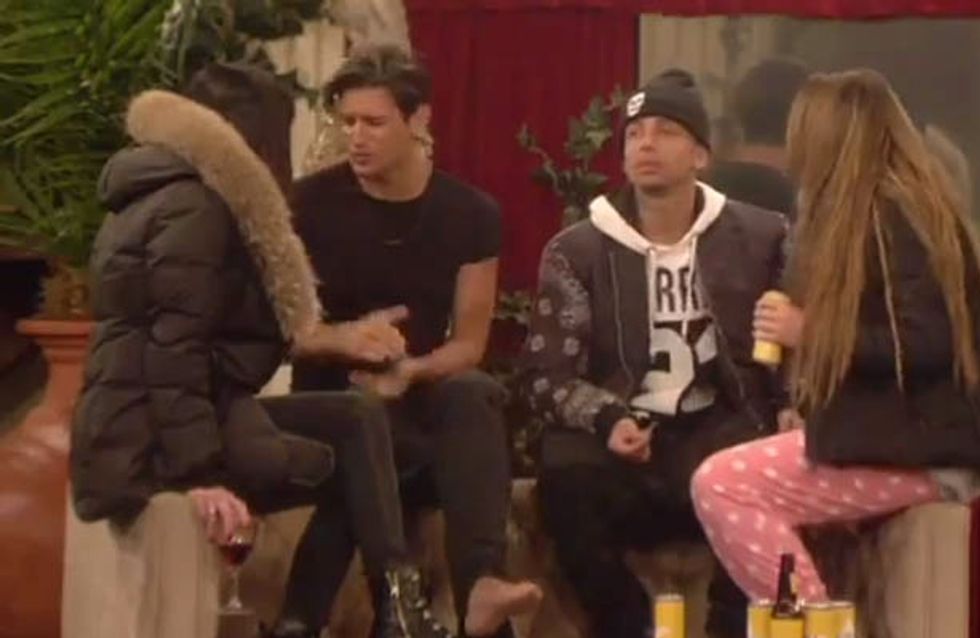 Celebrity Big Brother 2014 is here and so far it is as insane as it’s predecessors, with romances being sprung, a little bit of lesbian waterboating, and a horrible homophobic comment from one of the house members (Evander Holyfield). Ugh, there’s always one! But what are the top ten craziest Big Brother moments of all time? No fear, we have narrowed them down!

10. Face ripped off by a Bristolian chimpanzee

Hey there. Work getting you down? No one appreciating you? Miss your favourite TV show last night? Don’t worry, because at least you weren’t the woman who got your face ripped off by a Bristolian chimpanzee!

Nikki Grahame was famous for her temper tantrums in series 7 back in 2006, dividing viewer opinion of her as she stomped and moaned and acted like a princess.

But the top moment, which is pretty much infamous now, is when Nikki has a furious rant about a fellow contestant, repeatedly shouting “WHO IS SHE?”

8. Jade Goody has a verruca

In series 3 Jade Goody became a surprise hit due to her extremely silly comments – classics include: “do you speak Portuganese in Portugal” and “I am intelligent, but I let myself down because I can’t speak properly or spell.”

But one of the best moments is when she has a meltdown over finding a verruca. She really does have a meltdown. Over a VERRUCA.

In series one it was revealed that the god awful Nick had been plotting behind everyone’s back and influencing votes by pitting other contestants against each other.

However, it was the BEST moment when the other housemates got wind of what he was up to and confronted him.

Series 5 was widely known as “Big Brother turns evil” after contestants Emma and Michelle were sent to a bedsit where they could watch everyone in the house. By the time they returned, chaos broke out, and a bunch of dramatic viewers even called the police in fear for the contestants.

One of the show’s psychologists also resigned, claiming that the producers ignored his advice after he realised the group was reaching breaking point.

5. Chantelle and Preston – a love for the ages

This Celebrity Big Brother House romance had us thinking it was going to last forever…until it didn’t. However, we’ll always have Preston storming off Never Mind the Buzzcocks after being mercilessly mocked by Simon Amstell about his ‘relationship’ with Chantelle.

Jack Dee didn’t have the best time in the Big Brother House, even though he ended up winning, and decided to plot his escape. Subsequently, he would disappear for several hours at night time.

Since appearing on the show he has stated that he dislikes the treatment of the housemates by the show and its producers.

Vanessa made history by rebelling against Big Brother, writing obscenities on the dining table as everybody watched on, utterly unsure of just what to do…she really set the bar for future series to become more and more insane.

George Galloway becomes a cat. We’re totally unsure of what exactly happened or why on earth why did this, but he really got into the role!

But yes, it was cringey. Horrendously cringey.

Did your favourite make the cut? Tweet us @sofeminineUK