by Emmy Griffiths Published on 3 August 2015 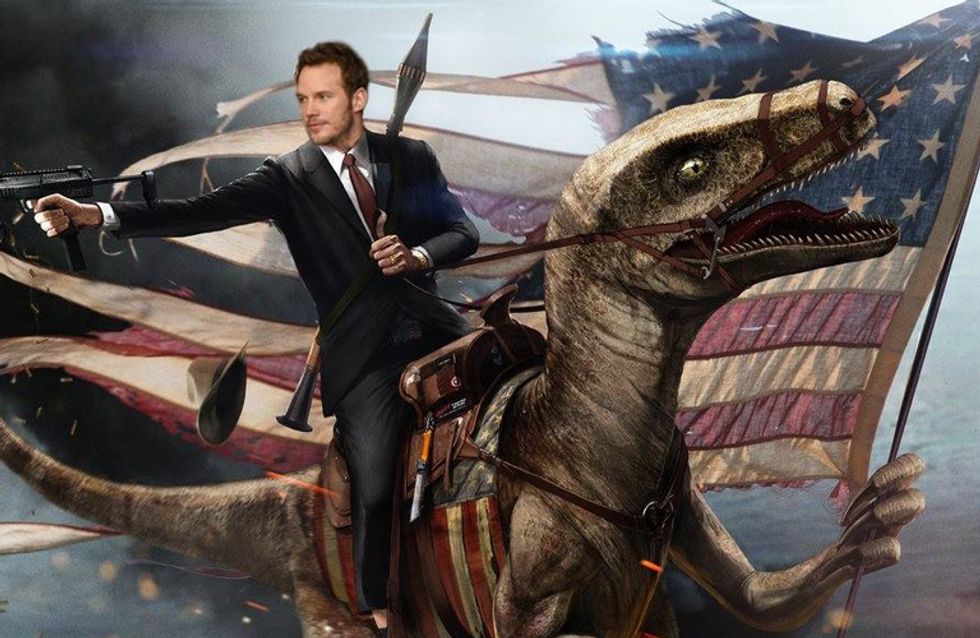 What happens when you’re a sitcom comedian turned Hollywood’s hottest stars with the sort of galaxy-saving, dinosaur-fighting, Lego-voicing roles that we can only dream about? Well, you get one HELL of a Facebook cover, obviously! Chris Pratt asked his fans to put together a new cover photo for his profile, and some of the results have been truly EPIC.

Chris Pratt might be a legit Hollywood movie star, but he is notorious for not taking himself at all seriously. As well as running in heels on chat shows, going naked to surprise his cast while filming and impersonating the TOWIE cast to perfect, it’s fair to say he has no problem laughing at him. Not to mention that THIS is his current Facebook profile picture:

However, his Facebook cover photo clearly isn’t ridiculous as it should be, so Chris implored his fans to help him out:

Hello friends and fans. I am in the market for a new header for my FB page. I want to do a contest. Whoever replies with...

Luckily for him, there are people out there who understood exactly what he wanted, and so far the results have been INSANE. Check them out:

And finally, our personal favourite...

15 Literary Loves Of Our Lives We WISH Were Real

Game of Thrones Will Have At Least Eight Seasons, But Is That A Good Thing?