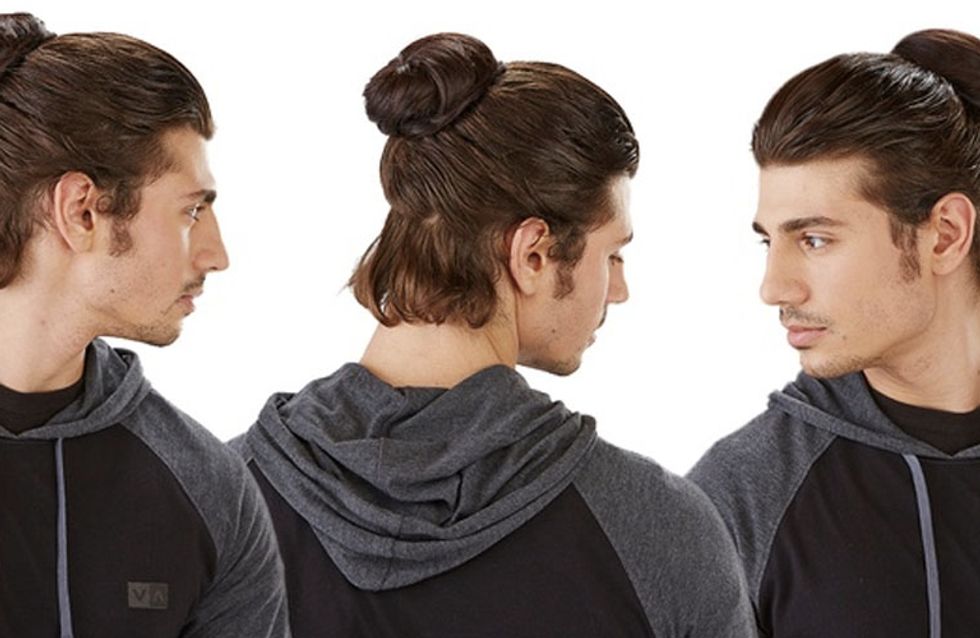 We thought we were over this fad guys! Man buns have been the most controversial topic of 2015 without question, but recently we haven't seen too much of them. They became so popular that no one wanted them anymore, and sadly the wheel of fortune turned and the glorious time of the man bun ended. So why did no one let these guy's know?!

We thought there were enough horrors in this crazy, mixed up world but apparently we were wrong as fake man buns are now a thing and we literally don't know what to do with this information.

Instead of forcing guys to grow out their locks, instead Groupon is offering a deal for fake man buns to place casually on top of your head, giving you an instant 'cool guy' edge. Except that it's not cool, it's an affront on the eyes. Make it STOP!

Fortunately, Groupon seem to know as well as we do how utterly stupid this invention is, and amused us all in its description of the product, saying: "The man bun has been popularised by fixed-gear bicyclists and introspective Hollywood actors alike. But although the hairstyle oozes with fashion sense, those who sport it might find themselves outcasts in sports bars, motorcycle gangs, and the annual government-mandated machismo test. This attachable—and, equally important, detachable—man bun lets you blend in with your surroundings, putting it on when you smell fair-trade coffee or hear a banjo, and taking it off when someone utters the word bro."

They also included helpful tips on how to use your fake man bun, writing:

"How To Wear It

1. Comb your hair back toward the crown of your head, in a similar motion to lacquering a reclaimed-wood coffee table.
2. Attach the man bun to your natural hair the way the lay public attached itself to Arcade Fire.
3. Use bobby pins to secure the man bun, decide bobby pins are too mainstream, use antique paper clips instead​."

Inspired. They also demonstrated how hot it looked on the guys, and when we say hot we mean hilariously, undeniably awful.

We can only hope that people are buying these ironically because we're not sure we could control ourselves if we saw someone stepping out with one of these.

Excellent invention or the worst thing to happen to humankind? Tweet us your thoughts @sofeminineUK!

This piece was written by Emmy Griffiths. Tweet her about man buns ​@emmyfg!

Watch 100 Years Of Male Beauty Trends In Under Two Minutes

The I'm A Celebrity...Get Me Out Of Here! Line Up Has Officially Been Announced