Daniel Radcliffe And His Girlfriend SMASHED It At Karaoke 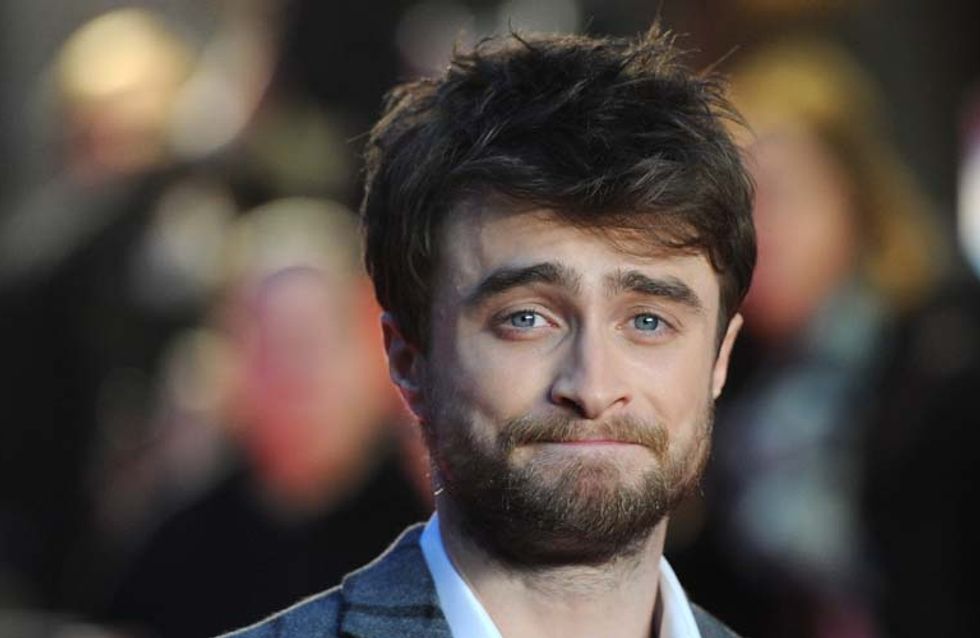 "May I have your attention please?" And so begins Daniel Radcliffe in his newest role as an Eminem impersonator/hero. Taking to the stage to perform with his girlfriend Erin Darke, who provided crucial backup dancing and hype man skills, it's safe to say that Dan Radcliffe smashed it. Go go Gryffindor!

If we've learned anything about Daniel Radcliffe over the years, it's that he really loves to rap (and get naked on the London West End). After watching this karaoke performance of The Real Slim Shady, we think it's fair to say he should definitely add 'rapping' onto the skill section of his CV, because daaaaymnn!

Honestly? This video is seriously impressive. He isn't even reading the lyrics screen, or letting himself get distracted by his girlfriend Erin's killer dance moves. That said, we definitely could have gone the rest of our lives with hearing Harry Potter say 'clitoris'. *Shudders*.

We also would like to give 'mad props' to Erin, who took on that chorus with enthusiasm and vigour. We approve!