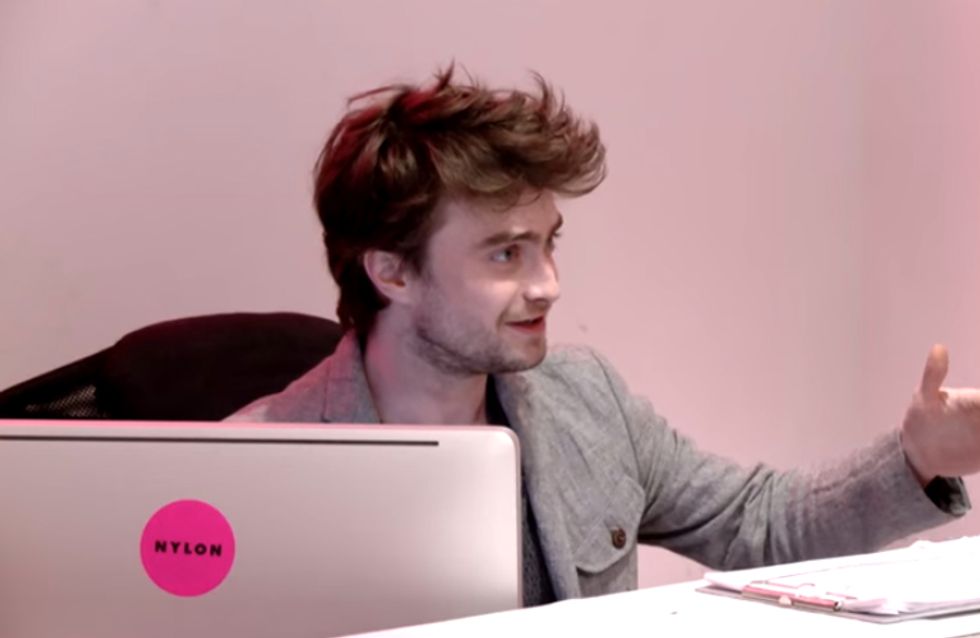 Daniel Radcliffe is good at many things: wand movements, getting naked on stage, being short, the list goes on! However, when he was asked to fill in at the Nylon magazine reception desk, he had NO clue what he was doing and it is hilarious.

Daniel Radcliffe agreed to work as a receptionist at Nylon magazine for an hour without the staff knowing. Cue double takes, giggling and, of course, many many selfies.

But the best part was how utterly USELESS he was at a job. From giving out the wrong bathroom key to not knowing WTF to do with deliveries to being utterly unable to use the phone to call staff extensions, anyone who is or has ever been a receptionist can look on smugly because seriously, the award-winning Harry Potter actor can't work the front desk for sh*t!

Can we also talk about how much of a sweet angel Daniel Radcliffe is? His horror every time someone new walked through the door, his genuine effort to do a good job and his terrified shrieking for the REAL receptionist, Lauren, every time he got stuck was genuinely hilarious.

We do have one question though: you think Daniel Radcliffe actually knew that was Joe Jonas at the end, or he's just acting? Because LOL.

Is Daniel Radcliffe your favourite celeb? Tweet us @sofeminineUK!