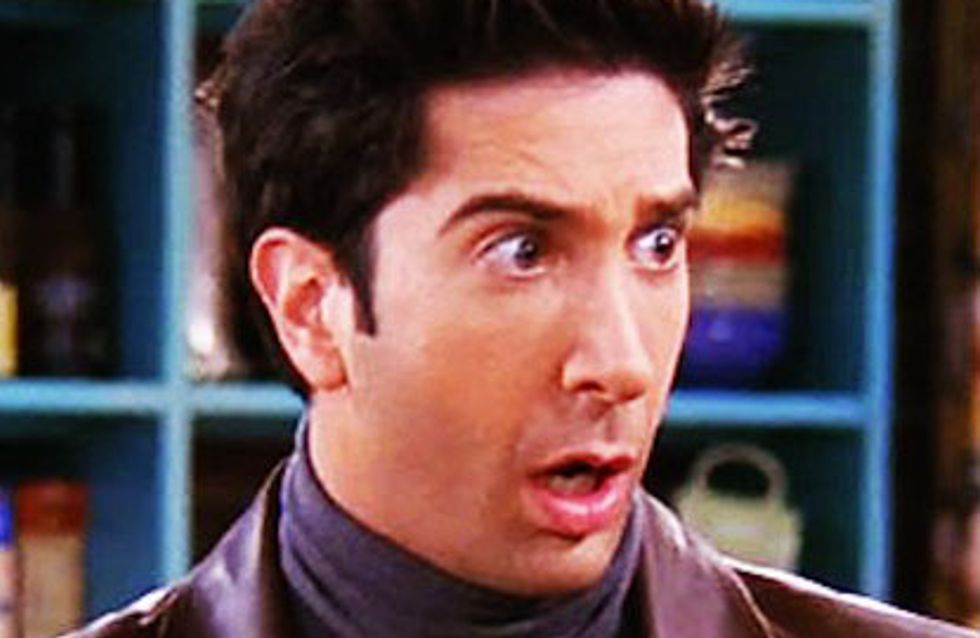 When our very own Ross Gellar appeared to announce a Friends reunion for 2018 on his Facebook page, we immediately began polishing off our Chandler catchphrases and Monica-isms. And, of course, the Internet went into a complete meltdown. But it seems there's more to the David Schwimmer FB page than meets the eye...

In a world where all films and TV shows are getting a second wind these days, there's only one sitcom the people really want to see back on their screens and that is a little show called Friends.

No matter how many times the cast and crew explicitly say that there is no way they will ever make another Friends episode ever (EVER), the rumours continue to swirl and they're continually bombarded by reunion questions at every event they attend.

In just March of this year Lisa Kudrow shot down the idea of a reunion, saying: "I don't see it happening. It would be fun but what would it be about? Think about it. The thing we liked best about the show was that they were 20-somethings and they were their own family. Now, they all have families, so what are we going to watch?" And we're inclined to agree with Pheebs.

Even the show's creator Marta Kauffman said last year that it will NEVER happen. "A show has a lifespan, I believe, and there's no reason to continue doing it just because people miss the characters," she stated during an interview with Deadline. "And there's no way it would be satisfying and it'll never happen. We'll never do it."

But do people listen? No, they don't.​ So when a fake David Schwimmer Facebook profile posted a now-deleted post saying there would be a one-off season coming back in 2018, people lost their sh*t. Despite the fact Schwimmer was spelled wrong, people were still willing to believe the post. Could we BE anymore disappointed?

The post that got us all kinds of excited was captioned: 'It has just been made official! All 6 cast members have signed on and we're back for ONE more season!!
#Theonewheretheycomeback
#Friends2018'

How do you feel that there's still no Friends reunion? Let us know! @soFeminineUK

​​​8 Of The Funniest Hairstyles From Friends

David with a hat
by the editorial team