by Pascale Day Published on 23 November 2015 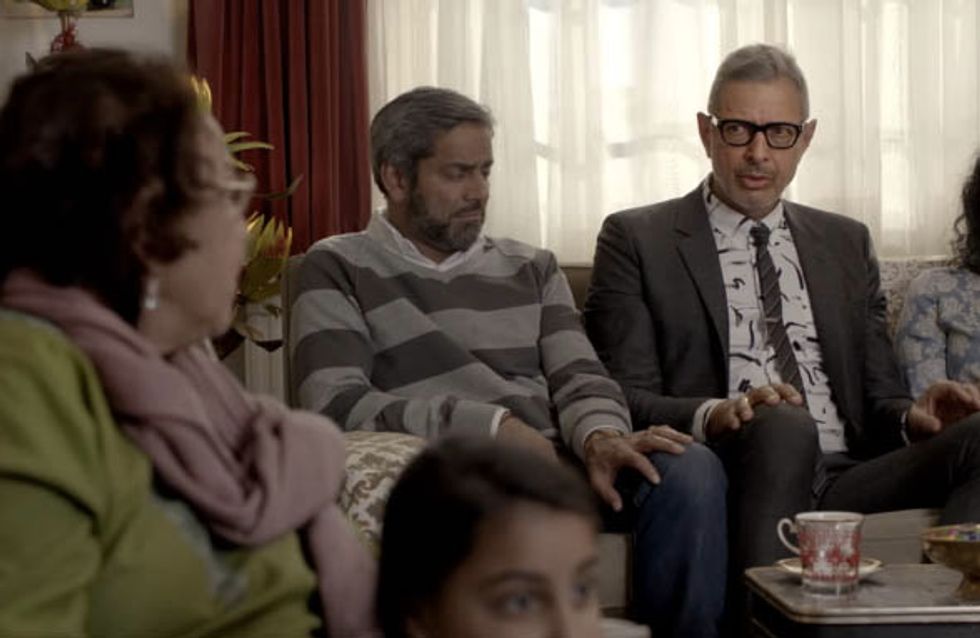 Christmas adverts signal the beginning of the festive season. They make us laugh, cry, and spend all our hard-earned cash on stuff we don't really need. It's the best! But this year, in the battle of the ads, will John Lewis still come out on top? Or will it be beaten by Sainsbury's for the second year in a row? Here are the funniest, sweetest, most emotional Christmas adverts of 2015.

Coca Cola's 2015 ad is a bit lacklustre, but we're always comparing it to its more festive counterpart. The classic, iconic advert from the 90s with the light-up lorries and winking santa will always remain the true Coca Cola advert in our eyes. This one promotes a good message, and yes we should always give to other at Christmas, but it's not even snowing for crying out loud! Give us a glowing lorry and 'Holidays Are Coming' any day.

And here's the original ad, in case you feel short-changed.

Everyone remembers last year's Burberry campaign to be Romeo Beckham's modelling debut. Last year's was sleek and glossy and Christmassy. This year's is a bit.... bizarre. To celebrate 15 years since Billy Elliot, that is the theme they've chosen - Billy Elliot. Using only British actors, models and musicians, the fashion brand sure does make a good ad, but it isn't the least bit festive. You can't chuck some glitter in there and call it Christmas, guys! We need more! Check it out for yourself and see if you agree.

House of Frasier's Christmas motto is 'Your Christmas Your Rules', so whether you want to sing in your pyjamas or dance aggressively in a suit whilst peeling carrots, it's all good. We're loving the sassy vibes and we want to sing along EVERY time we see it.

Christmas isn't Christmas until you've drooled over M&S's festive food range. It's basically food porn put to a peppy soundtrack. And we're ok with that - I mean, that's all any of us really want for Christmas, right? Copious amounts of over-indulgent food. Sometimes when you watch a Christmas advert, you don't want to feel moved. You don't want to cry, or laugh. You just want to feel hungry, and then you want to feel full. And that's what the Marks and Sparks adverts do so well - make you so hungry you can almost taste the orange tang in the Christmas pudding.

Tekkers have gone for the lol factor in this advert which anyone who has ever tried to chat up someone older will relate to. "There's so many choices with cheese: cheddar. Orange...cheese...." Yep, we've all been there. Parents embarrassing us? Been there too! It's not really Christmas until your parents embarrass you in front of people, is it?

Last year's effort from Sainsbury's was a surprise winner with their World War II inspired story which, of course, was based on real events from the war and was in partnership with The British Legion. This year they've gone in hard for the laughs, and they got them in this cute story that follows Mog - yeah, THAT Mog, made with everyone's favourite storytelling, Judith Kerr - causing havoc but ultimately saving Christmas. It's silly, but fun, and oh-so nostalgic. The Tiger Who Came To Christmas Tea next please, Judith!

Lidl have crammed in the comedy and won us over with their festive offering this year. The budget supermarket's ad focuses on the 'School Of Christmas', in which you can learn how to stuff a turkey, how to dress your pet in a jovial outfit without it being too stupid, and how to put on a happy face when you've been given a rubbish gift. Check out how to do crimbo properly below, and take notes.

It's the one everyone looks forward to, and this year it didn't disappoint. If there's one thing that makes us cry more than kids being excited to give their parents Christmas presents, it's watching kids give presents to old people on the moon. (You have to watch it to know what I mean.) Not only is the idea a sweet one, it has a valuable message too: John Lewis wanted to raise awareness for the elderly that often have to spend their Christmas day alone. It's a great way to make us think about the people who aren't as fortunate, and we're loving it.

Singing in the shower is something we can ALL relate to, if you admit to it or not. So The Body Shop's campaign is giving us some great musical material for our next trip to the bathroom. Funny and festive, this is one of our favourites - especially the guy singing until he can sing no more (go to 45 seconds and prepare to be amazed).

Drum roll please.... Our winner is the hilarious 'Spare The Act' campaign by Currys, who have teamed up with mega babe Jeff Goldblum, who routinely interrupts a number of awkward Christmas scenarios. Relatable and genuinely funny, Jeff delivers a lesson in acting to those who have received a bad secret santa gift, can't stomach a charred turkey dinner, or are bored of watching Nanna's boring movie. Jeff said of the collab: "I'm delighted to be involved in this clever and timely campaign that will hopefully help people find the perfect holiday gifts they care about most - without all the risky guesswork." Check it out below and get ready for some genuine belly laughs.

What's your favourite Christmas advert of 2015? Let us know! @sofeminineUK

21 Times We Used The Excuse 'Because It's Christmas!'