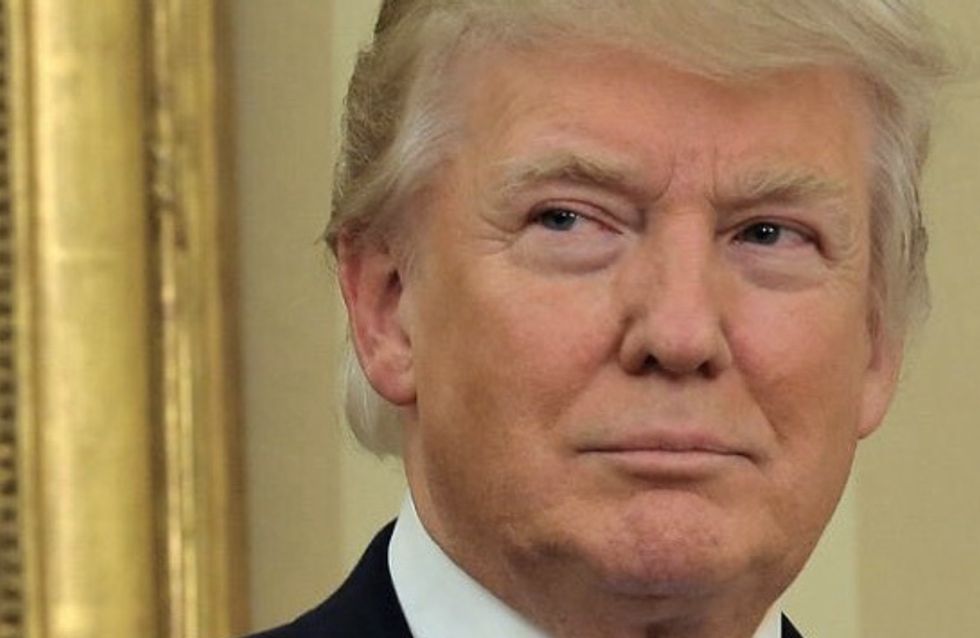 We're not ones for body shaming here at SoFem, but this is some low-hanging fruit - literally. Someone noticed recently that Donald Trump has a neck vagina and, in what I can only assume is a problem-shared-is-a-problem-halved mentality, decided to share it on Twitter.

Y'know when people think they've done you a favour but they really, really haven't? Well, this is one of those situations. See, while you may laugh now at Donald Trump's low hanging neck vag, with its gelatinous wobble and ominous folds, it's an image that is going to haunt your dreams. It's an image that'll pop up every time you eat blancmange, every time you're at work and trying to concentrate on something and, worst of all, every time you go down on someone. Good luck sexing after this.

I was having a good Friday, then I noticed Trump's neck fanny. Now I'm struggling to even keep water down. :( pic.twitter.com/7e0EjLTCvW

When you think about it, it's kind of ironic how much it looks like a vagina considering that Prez Trump seems to dislike women so much and is set on controlling what women do with their own vaginas. How 'bout you just worry about your vag for the time being Don Don, huh?

It's hard to think that someone with such a big p*ssy attached to their face could have the power to f*ck up the world, isn't it? So let's try really hard not to let that happen, 'cause the last thing this world needs is to end at the hands of someone whose neck skin could double-up as the worn-out flesh light of a sex addict. Honestly, it looks like someone dropped a ham sandwich on the floor.

There are many things wrong with Donald Trump, which we can't list here because we would like to leave the office at some point today, particularly without having a nervous breakdown, but this is just another thing to add to the long list of flaws that this biological car crash of a human has going for him.

People are so obsessed with Donny's neck poon that there's even a Twitter page dedicated to it. Feast your eyes on these happy flappy neck vaginas and ruin every meal you're going to eat for the rest of the day. And your life. Probably.

Did this while queuing in the bank. pic.twitter.com/f4geRy8xGc

Not thinking of my victory in the Supreme Court #SCOTUS Just wondering if I can conceal a butter knife betwixt the folds of my #neckvagina pic.twitter.com/UfW1al4rFS

This New Orange Makeup Trend Is Coming Up 'Trumps'