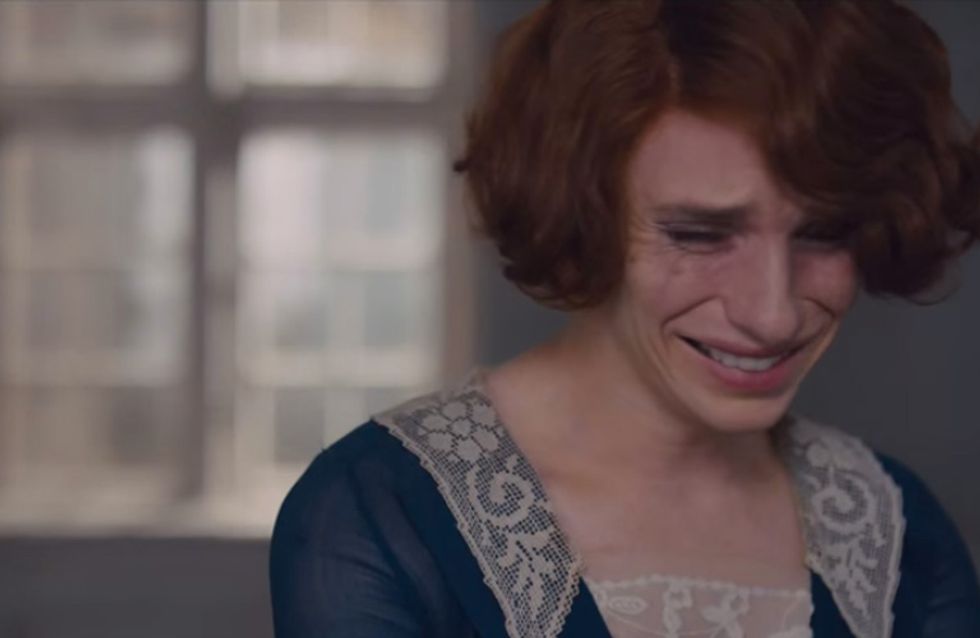 The first trailer for Oscar winner Eddie Redmayne's latest movie, The Danish Girl, is finally here and good GRIEF that man can act! Eddie plays Einar Magnus Andreas Wegener, the first person to have successful gender reassignment surgery in the 1930s and the difficulties he faces with his choices in his marriage and in a prejudiced society.

The movie is based on a fictionalised version of real-life events in which Lili Elbe, an artist from Denmark, became one of the first ever people to have a sex change with the full support from her partner, Gerta Gottlieb. She had five sex reassignment operations, something that was practically unheard of in the early twentieth century.

Eddie Redmayne has spoke about his role (where he looks incredible, just in case we hadn't already mentioned), and why it isn't being played by a trans actor. He said: "There is an incredibly valid discussion for why a trans actress isn't playing the part, because there are so many brilliant trans actresses, and I'm sure there are many who could play this part sensationally.

"But one of the complications is that nowadays you have hormones, and many trans women have taken hormones. But to start this part playing male you'd have to come off the hormones, so that has been a discussion as well. Because back in that period there weren't hormones."

If the trailer is anything to go by, which shows Lili slowly coming to terms with her true identity after jokily dressing up as a woman for an evening, this film is going to be huge. Look out Eddie, your second Oscar's on its way!

The film, which is directed by The King's Speech and Les Miserables director Tom Hooper (so you KNOW it's going to be good!) is due to be released this November.

What did you think of the trailer? Tweet us @sofeminineUK!