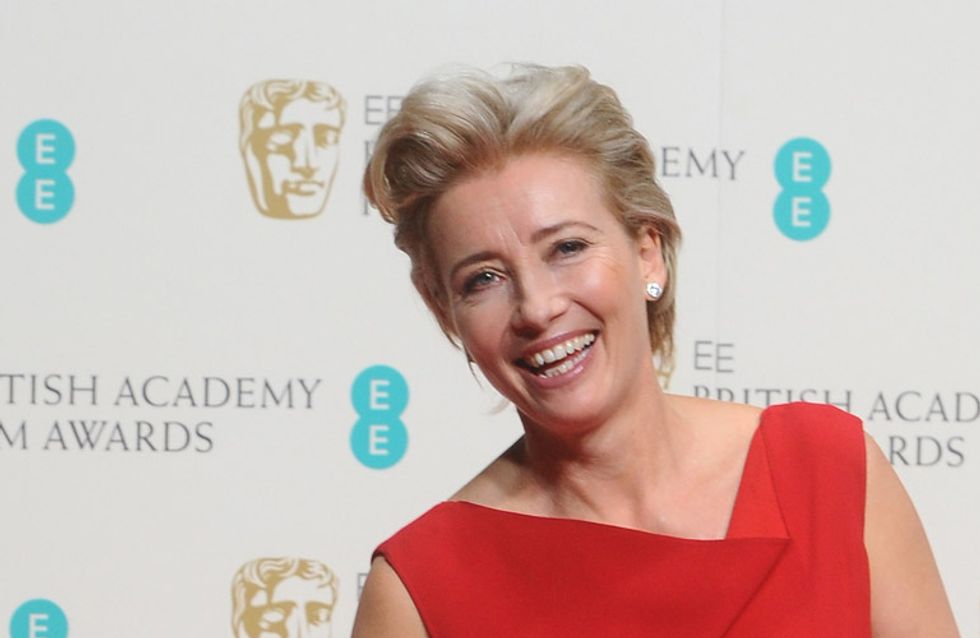 Emma Thompson is a hero of ours. She's incredibly talented, witty and even after the Oscar-wins and successful Hollywood career, she's unbelievably down-to-earth (just watch ANY YouTube clips of her conversing with Stephen Fry or Hugh Laurie). We also adore her as she's not afraid to call out BS, this instance being all about the incredible double standards of Hollywood...

We all know that Hollywood is a place full of rejection, double standards and criticism towards women in the industry. The pay gap is ridiculous and the parts for female actors, particularly actors over a certain age, are few and far between, a fact that has not gone unnoticed by Emma Thompson.

Speaking to The Radio Times, the Academy Award winner said: "When I was younger I really did think we were on our way to a better world and when I look at it now, it is in a worse state than I have known it, particularly for women, and I find that very disturbing and sad."

That's because it IS disturbing and sad. Sigh. She continued: "So I get behind as many young female performers as I can, and actually a lot of the conversations with them are about exactly the fact that we are facing and writing about the same things and nothing has changed, and that some forms of sexism and unpleasantness to women have become more entrenched and indeed more prevalent.

"I don't think there's any appreciable improvement and I think that, for women, the question of how they are supposed to look is worse than it was even when I was young. I think it's still completely shit, actually."

Boom. Indeed, Emma isn't the first and nor will she be the last to highlight Hollywood's ridiculously high standards for female performers, and many actors have spoken up about the issue, not to mention fought for their right for equality.

Cara Delevingne has recently spoken up about sexism within the superhero genre, claiming most roles for women are too sexualised. She said: “There are only three girls in [Suicide Squad] but in my opinion they have the best roles. Generally though, superhero movies are totally sexist. Female superheroes are normally naked or in bikinis. No one would be able to fight like that. Wonder Woman, how the hell does she fight? She would be dead in a minute.”

Another case in point is the drama surrounding Jennifer Lawrence's contract to appear in the movie Passengers. After the Sony leaks revealed that she received considerably less than her male co-stars for American Hustle, JLaw demanded that a salary of $20 million or threatened to walk.

Although there are many instances of influential actresses speaking out about problems for women in Hollywood, there is still clearly a long way to go. Do you agree with Emma that things need to change? Tweet us @sofeminineUK!