The Emmy Awards 2014 have come and gone, and all in all we aren't too surprised by the winners. Despite True Detective being tipped to win all the awards, it turns out that the world still isn't quite over its entirely reasonable obsession with Breaking Bad, who ended up taking home the most awards of the night. Were you pleased by the winners overall?

​This, however, is fairly unfortunate in relation to True Detective, which received critical acclaim and was tipped to win big. Aside from winning Best Director, the show basically went away empty handed. It deserved so much more you guys. 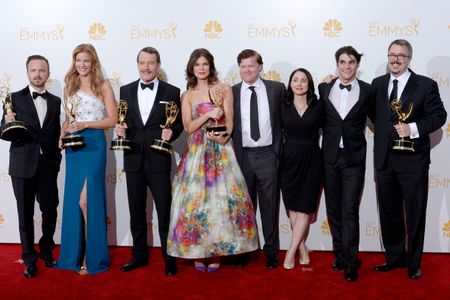 We also didn't blink twice when Modern Family won best comedy series for its fifth consecutive year, though we may have raised an eyebrow. We mean, really, Emmy voters? It's hilarious, but give someone else a go! You may as well just name it the 'Modern Family award' and have done with it. We're bored already, especially when there's so much great comedy available with hardly any recognition. Boo!

On the other hand, we're completely and 100% on board with Ty Burrell winning Best Supporting Actor in a comedy role. We love you, Phil.

Then we all let out a little fangirly cheer when Benedict Cumberbatch and Martin Freeman scooped up the awards for Outstanding lead and supporting actors in a miniseries or movie.

​Are you pleased with the results? Here they all are in their award-winning glory...

Were you pleased with the winners? Tweet us @sofeminineUK!

QUIZ: Which of the Downton Abbey characters are you?

Top ten moments in Sherlock season 3 that made us go WTF!