Everything You Need To Know About Robert Pattinson's Fiancé: FKA Twigs

Despite Robert Pattinson's phenom acting skills, his love life always seems to be the news that is making the front page. Well hold on to your garters ladies, because R Patz is officially OFF the market. Turns out his engagement to FKA twigs was NOT a cruel April Fool's joke, it's forreal. The new gal's name is FKA twigs and she happens to be an extremely talented singer and dancer....and also extremely flexible.

After poor Mr. Pattinson had to withstand the media sh*tstorm that was "how do you feel about your girlfriend sleeping with the married director of her new crappy movie?" it's about time that karma came back around and awarded Edward Cullen a worthy lady. I have a feeling this girl is going to be a nice change of pace for our favorite vampire, so let's get the deets on her.

FKA twigs real name is Tahliah Debrett Barnett and she's 26 years old (Pattinson is 28, so we're liking this age difference). She grew up right outside of London with her mother who is half English and half Spanish. Her father, who she didn't meet until she was 18, is from Jamaica, which explains why she has effing incredible skin tone. She moved to London at the end of Catholic high school to pursue her dream of becoming a singer and dancer. Needless to say she has DEFINITELY shed those Catholic school girl roots.

She got her start as a backup dancer

Before her vocal chords started to become famous, FKA twigs got her start being a backup dancer for some of the biggest names in pop: Kylie Minogue, Ed Sheeran, Taio Cruz, and Jessie J. This is how she got her nickname "twigs" because her joints used to crack when she danced. Another performer in London was also named "twigs" and was not happy about her name being used, so that is when Tahliah incorporated "FKA," which stands for "formerly known as," into her name. Very Prince of her.

Besides being a very talented dancer, this may be the only other thing her and Justin Beiber have in common. FKA twigs started putting her music on her own YouTube channel, and after the was featured as the "New Band of the Day" by The Guardian she was picked up by an indie record label which released her subsequent two albums. You can follow her on her YouTube channel here.

She's a trained ballerina, and it shows. In her video directorial debut, FKA twigs made it very clear that she can crump, pirouette, and do the splits. If we didn't know why Pattinson liked her already, we definitely do now:

Her and Pattinson met through Sienna Miller

That's right, Sienna Miller and her hubby Tom Sturridge took Pattinson to her concert in London where he was reportedly so into her voice that he asked to be introduced to her after the show. Backstage, a source said: "They were with a big group of friends, sitting at a table in the garden dining area, about 10 people. They sat on a couch together totally flirting, holding each other's hands and kissing here and there. [They were] really cute and they seemed super happy! They were there for about an hour." Sigh. 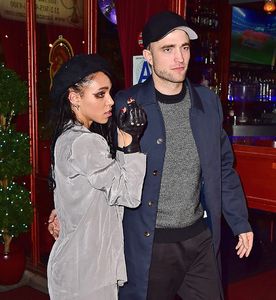 Congratulations to the happy couple on their engagement! K Stew our condolences as well. They got engaged after only six months together and we are dying for some deets on how it went down, and more importantly, what the ring looks like. If FKA twigs is going to have to incorporate it into her fleek-tastic outfit choices, we bet it is going to be one for the books. We'll leave you with some of her epic fashion looks and another one of her videos, very Aaliyah-esque. 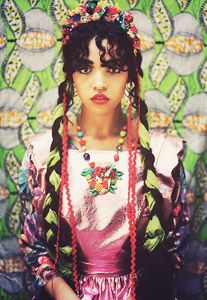 Do you think FKA twigs is a good match for Robert Pattinson? Tweet at us! @sofeminineUK

Here's How Ja Rule Tanked His Own Career And Made Ludacris'

Dagney Pruner
…
From hair ideas to outifts, look no further for your daily inspiration