Getting out of bed is hard enough at the best of times, but if you had George Clooney standing over you bringing you a tasty breakfast in bed would that make it a little easier? We know we would be awake in a flash if Ryan Gosling presented us with breakfast in bed. And it looks like we’re not the only ones who fantasise about a celebrity breakfast in bed partner. But who came the top of most people’s wish list?

Who would you like to have breakfast in bed with? If you could pick any one in the world?

According to a recent survey commissioned by Jordan’s Cereal into the recipe for the perfect morning, 31% of women picked silver fox George Clooney over David Beckham and X Factor judge Gary Barlow, who both received 17% each.

While 12% of women would happily breakfast with US President Barack Obama, UK Prime Minister David Cameron sadly didn’t make the list the at all. Frankly that's not so surprising... 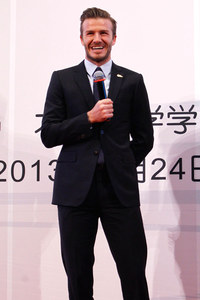 The majority of fellas however have a whole different fantasy breakfast partner in mind though.

Pretty much a quarter of men would like to spend the morning in the company of glamorous Strictly Come Dancing host Tess Daly, who was named as a dream breakfast date for 24% of those surveyed.

Surprisingly 23% picked Pippa Middleton, but only 8% fancied sharing a slice of toast with her sister Kate Middleton.

Which celeb breakfaster partner would help you to achieve your perfect morning? Tweet us @sofeminineUK!