Fifty Shades Of Grey: 10 things you need to know about Dakota Johnson and Charlie Hunnam

by Francesca Menato Published on 30 September 2013 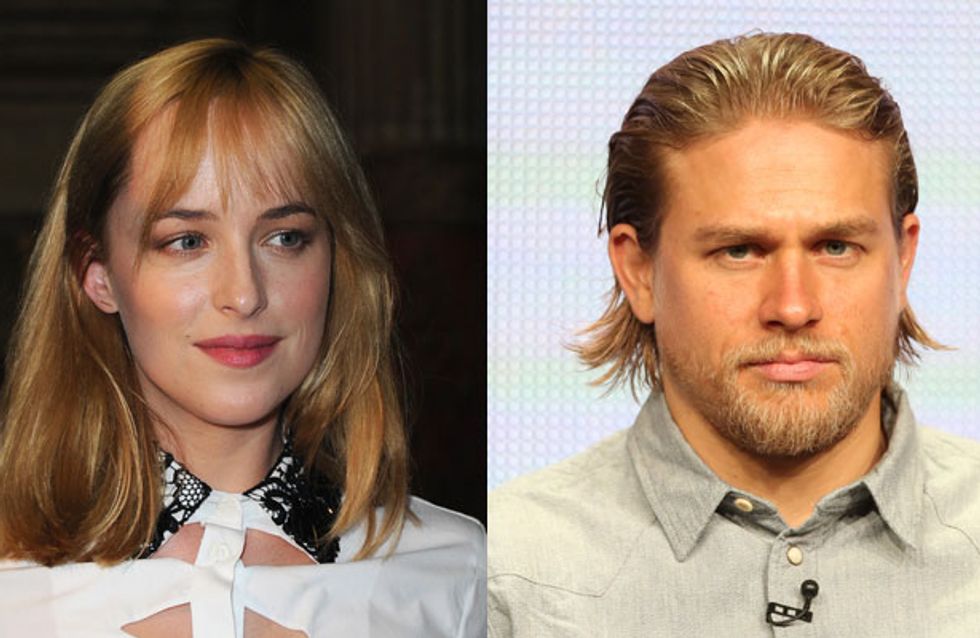 The hotly anticipated Fifty Shades Of Grey movie has finally been cast. They were never going to please everyone but there's definitely been some serious fan backlash to the casting of Charlie Hunnam and Dakota Johnson as Christian Grey and Anastasia Steele. So, we thought learning a little bit more about the actors may well help people come to terms with the news that RPatz didn't get the job...

Fifty Shades Of Grey movie cast revealed! But was Robert Pattinson first choice?
After months of speculation, the stars taking on the roles of Anastasia Steele and Christian Grey in the film adaption of Fifty Shades Of Grey have finally been revealed. We can't wait to see Dakota Johnson and Charlie Hunnam in action - but is the book's author E L James really happy with the decision?

It will come as no surprise that the beautiful Dakota Johnson was once a model.

She first got a taste for it when she was involved in a Teen Vogue shoot at 12-years-old.

She later signed with IMG models in 2006.

Dakota made history when she became the first second generation member of a family to take on the honour of Miss Golden Globe.

Miss Golden Globe is an annual title awarded by the Hollywood Foreign Press Association and the individual assists with the Awards, often in the pre-show events.

She is the daughter of actress Melanie Griffith and her step-father is fellow Hollywood star Antonio Banderas.

She told USA TODAY: "When I was really young. I'd watch my parents work and think, yeah, I'm going to do that."

She has only hinted at her personal life telling USA TODAY: "I'm more of a person who goes with the flow of things.

"I have a boyfriend that I've been with for a while. I've only been in long-term relationships. I've never really dated myself."

Dakota got to live many a teenage girls' dream when she spent the night with Justin Timberlake - well sort of - she was Sean Parker's one night stand in The Social Network.

The Newcastle born lad was discovered by one of the show's production managers while drunkenly shopping on Christmas Eve!

His first major role was in Queer As Folk in which he starred as gay fifteen-year-old schoolboy Nathan Maloney.

He once told a story about being approached and cornered on a train and told he should be ashamed of himself for the show.

"If you think it's irresponsible to play a gay character; then I don't know what to say to that."

He is most famous for his role as Jackson "Jax" Teller in Sons Of Anarchy, the US drama series about a motorcycle club gang.

The violent show developed a big cult following and is also the reason for Charlie consistently sporting a dodgy beard.

He is adamantly fussy about his roles and would have thought long and hard about taking on the job of Christian Grey.

He once said: "I have 60 years to make the money, but the choices I make in the next five years are really going to define my career."

Unlike Christian Grey, Charlie is a serial monogamist.

He has been married once before to fellow actress Katherine Towne.

He now lives with his girlfriend of six years Morgana McNelis.

What to do you think of the casting? Tweets us @sofeminineUK