by Emmy Griffiths Published on 5 October 2015 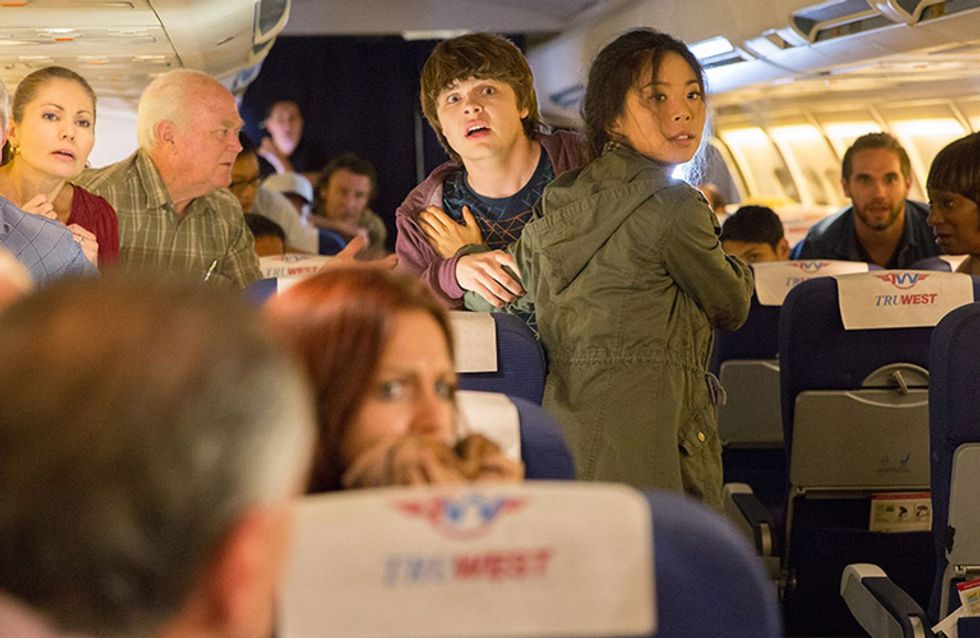 Zombies are a terrifying thing to imagine. They are dead and rotting and chasing after you. Nobody wants that sh*t. But what if you're thousands of feet in the air in a metal can with all of your potential weapons confiscated at the Security gate of the airport then the outbreak happens? WHAT THEN?!

The Walking Dead's latest spinoff, Flight 462, aims to answer this terrifying question as it follows a group of passengers who have to deal with the uprising of zombies interrupting their inflight movies and alcohol ingestion. Yeah, thanks zombies.

The 16-part series has already released a sneak preview of the first part of season premiere, and it's like a final destination zombie-riddled nightmare we never knew we had as a plane takes off just as the main character (typical teenage hero who will save them all, probably) begins to notice panic at the airport and unrest among the other passengers. Even the woman hitting him to be quiet made us jump, and we haven't even seen any zombies! Check it out...

Are you terrified of airborne zombies? Tweet us @sofeminineUK!