Home / Entertainment / News celebrities / Flight Of The Conchords Is Being Made Into A Movie! 18 Brilliant Quotes To Celebrate 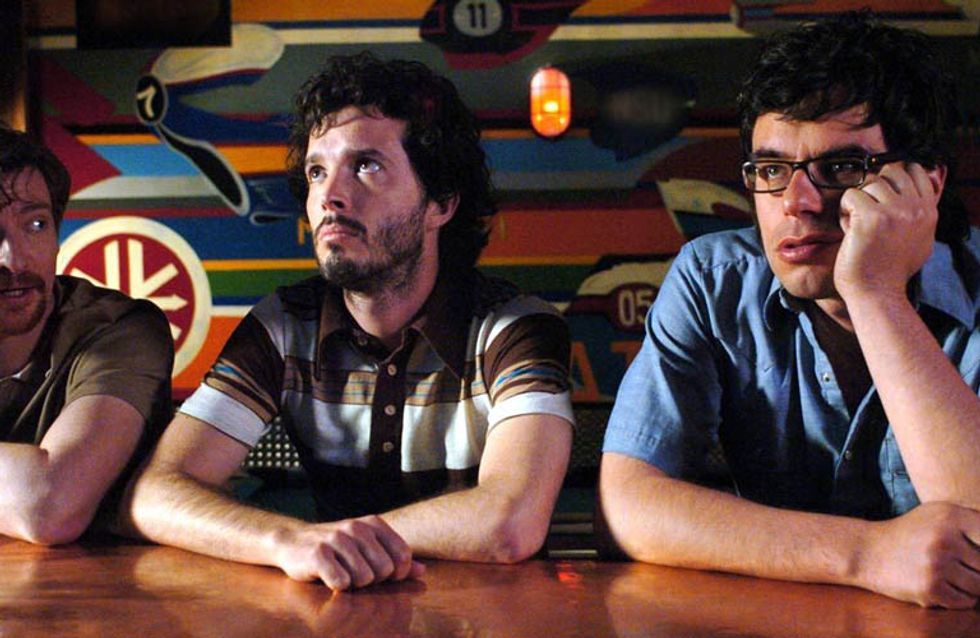 Jermaine Clement and Bret McKenzie are the New Zealand comedy duo behind Flight of the Conchords, a musical comedy with a cult following which also happens to be the single greatest and most quotable show EVER. Apparently the BFFs have now started to work on a movie script, and we are SO excited.

Did we mention they were going to go on TOUR as well?! Clement said of the tour: "We were planning on doing it this summer, but then I ended up doing The BFG instead. So it’s my fault we didn’t do it this time. But we are hoping to announce a tour. We’ll announce it before the end of the year, hopefully, and then some time next year get on the road … after we get some new guitar strings and that sort of thing.”

Eek! Clement also told Indiewire about the future of The Flight of the Conchords, saying: "we have actually started writing [a movie script]. Who knows if it will ever be made, we've written some notes for some different film ideas."

In honour of this absolutely fantastic comedy possibly (hopefully!) making a comeback, here are our favourite quotes from the show, but first of all, play this and enjoy...

1. When Jermaine was bored

2. When Murray was stumped by one of life's greatest questions

3. When Murray tried to insult the band

4. Every time Murray was totally clueless

5. When Bret really shouldn't have been in the music industry

6. When Bret was forced to be sexist

7. When Murray's innocence was adorable

8. When Bret just didn't have time for this nonsense

9. When Jermaine tried to cheer Bret up

10. When Murray was so angry he ACTUALLY swore

"They call me the Hiphopopotamus my lyrics are bottomless..."

13. When Jermaine tried to mend his ways

14. When Bret was touchy

"These aren't tears of sadness because you're leaving me, I've just been cutting onions. I'm making a lasagne...for one."

16. When Murray was just rude

What's your favourite Flight of the Conchords quote? Tweet us @sofeminineUK!

Tim Burton and Helena Bonham Carter
by the editorial team