by Emmy Griffiths Published on 8 July 2015 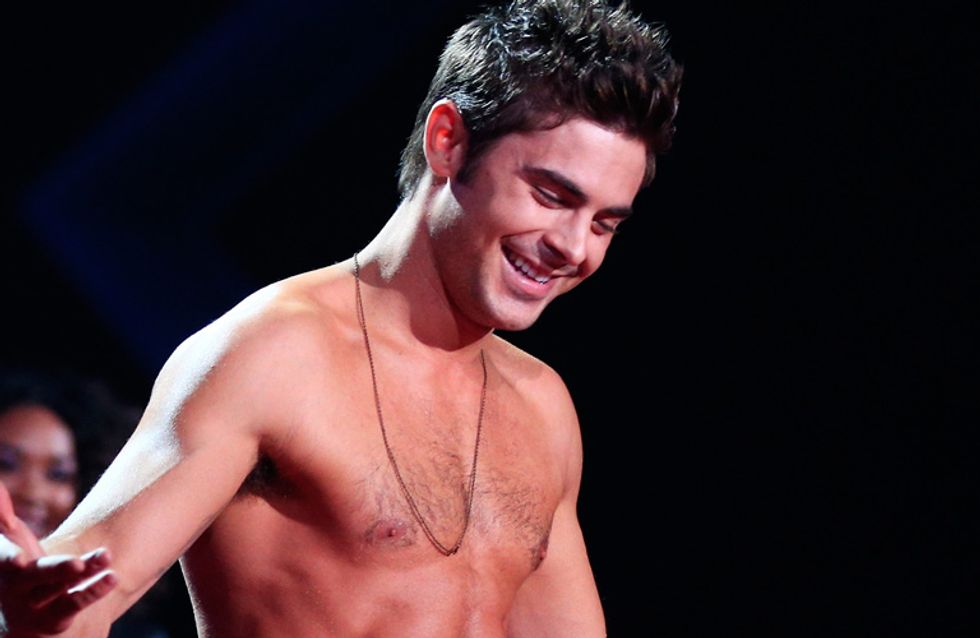 Zefron (or as the critics know him, Zac Efron) has been in our hearts and dreams ever since he was soaring and flying in the High School Musical movies. Our faces turn to heart eyed emojis at the mere mention of his name because ZEFRON. But now we've seen his brother, and it's like Zefron 2.0. Ladies and gents, meet Defron.

Zac Efron shared a snap of him and his younger brother, Dylan Efron, on Instagram last night and O.M.G. Captioned simply as "#brothers", we can only assume that Zac derisively smirked as he pressed 'share', knowing the shockwaves of joy the snap would have around the world.

23-year-old Dylan manages to keep himself quiet in the online world, with no Twitter or Instagram accounts we could find (and trust us, we looked well into the night. Long after our candle had dwindled we searched in vain).

Naturally we're not the only ones to have noticed the phenomena that is Zac's younger brother, and the Twittersphere couldn't quite believe the sibling sorcery going on with this pair:

Zac Efron and his brother. Round of applause for their parents. pic.twitter.com/VKtDatxaxA

No, I can't talk about Zac Efron's shirtless picture with his shirtless brother. Those thoughts will stay in my head.

Hotness runs in the family, Zac Efron's younger brother hey now hey now this is what dreams are made of pic.twitter.com/fVSEIZY2qQ

Do you think young Dylan is hotter than Zac? Tweet us @sofeminineUK!