Home / Entertainment / News celebrities / From 'N Sync to The Back Street Boys: Where Are They Now?

by Emmy Griffiths Published on 26 August 2015 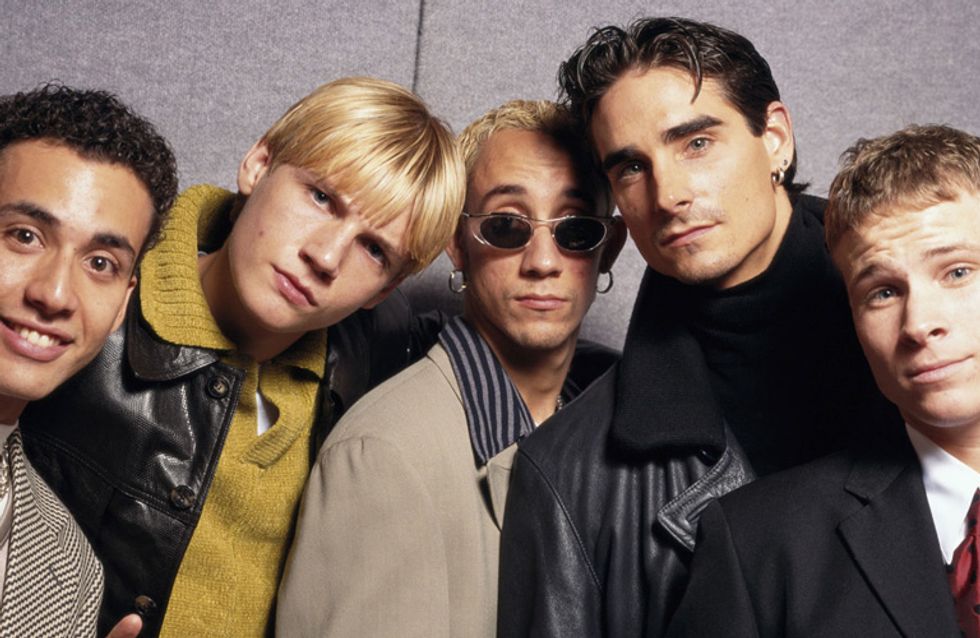 Boy bands are a funny old thing. When they’re at the top of their game releasing feel good smash hits to thousands of dedicated fans, it must feel like they could do anything. But, as these guys can attest, it’s not all terrible hairstyles and perfectly synchronised dance moves forever…

It’s almost inevitable that a band’s popularity winds down or that one or two members want to try new things but it’s a whole lot MORE inevitable that things take a turn for the tragically mundane for the majority of them frighteningly soon afterwards.

Just ask ’N Sync’s Joey Fatone, or y’know, Liam, Zayn, Niall, or Louis in about 18 months time. So whatever happened to our favourite bands of the nineties and early noughties? Check it out...

Since 'N Sync, Chris appeared on reality show 'Gone Country' in 2008 (a country-western singing competition, also known as the most American thing we have ever heard), was married in 2013, and of course reunited with the rest of the boys for the brief 'N Sync reunion performance at the MTV awards. As for an occupation? We can't say for sure. Even Joey Fatone doesn't know where the hell Chris is.

Joey got hitched in 2004 and has two daughters. He is the announcer on Family Feud and has treaded the boards since the band split, appearing in Rock of Ages, The Producers and Little Shop of Horrors to name a few. He has also spoken out about his lack of success after the band break up, suggesting to One Direction that they could go down the same path and generally bumming everyone out. Funny though!

Ah...this is awkward. Since 'N Sync, Justin has become a multiple Grammy award-winning solo act with four studio albums tucked under his belt. He has also tried his hand at acting, and has appeared in several movies including Friends with Benefits and In Time. He has a Emmy award for Best Supporting Actor in a Comedy Series along with three others for Outstanding original music and lyrics. He also married Jessica Biel in 2012 and they welcome their first child in April this year. Yup, the boy's done good!

After hitting spot 17 on the U.S. charts with his debut solo album, Schizophrenic, Chasez turned his hand to producing and has written and produced for several popular acts, most notably Girls Aloud and The Backstreet Boys. He appeared as a judge on America's Best Dance Crew and was intended to star in Jesus Christ Superstar's American tour before the show was cancelled due to poor ticket sales. Ah, this just made us sad.

Lance came out as gay in 2006 and married his partner, hairdresser Michael Turchin, in 2014. His autobiography 'Out of Sync' was a bestseller when released in 2007 and since then has been making cameo appearances in every TV show and movie under the sun. You name it, he's been in it. (Only kidding, but he has appeared in Keeping Up With The Kardashians, I Now Pronounce You Chuck and Larry, Tropic Thunder, Review, The Real Husbands of Hollywood, Robot Chicken, The Simpsons, Zoolander, ETC). He is also Godfather to Joey's two daughters, adorable.

Check them out then and now! 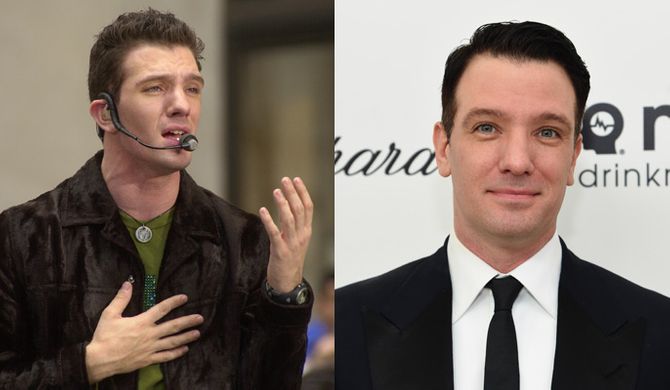 AJ has long suffered from a drug and alcohol addiction, and was last in rehab in 2011. He married Rochelle Deanna Karidis in the same year, and the pair welcomed a daughter in 2012. It doesn't look like old AJ has been up to a whole lot since the band split, apart from regrouping and releasing a 20th anniversary album in 2013. He is also a contributor to the It Gets Better Project, an online suicide prevention site aimed at LGBT teenagers.

Howie saw a bit of success in 2011 after releasing his solo album which apparently went OFF in Canada, and toured with Britney Spears. The moment Howie let the fame go he began some sort of business mogul and has founded several companies including a real estate company with his brother, John. Nice.

Oh Nick, our once-beloved teen idol of romance and dreams. Since Backstreet Boys, Nick has made several cameo appearances in television and movies including This Is The End where he performs with his band members, and has written and is currently direction and starring in a Backstreet Boys/NSync zombie Western extravaganza called Dead 7. We are so, so excited.

Ah Kevin. The one who left too early. Kevin left the band in 2006 after deciding to "move on with the next chapter of my life". He tried his hand at the movies, appearing in Love Takes Wing, The Casserole Club and The Bloody Indulgent (which incidentally is a vampire musical which we NEED to watch right now). He has been married since 200 and has two sons.

Brian married Leighanne Wallace in 2000, and the pair welcomed a son in 2012. After Backstreet Boys reunited for the documentary 'Show 'Em What You're Made Of', the 40-year-old admitted he has a vocal condition called 'vocal tension dysphonia' which has caused problems with his voice. DRAMA!

Check out their before and now photos... 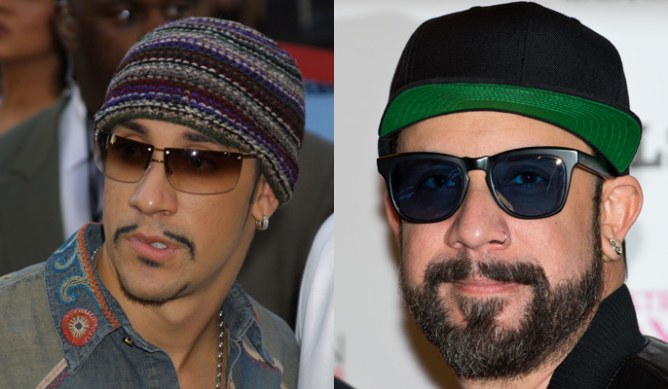 Oh Matt, Matt, Matt. He was crowned King of the Jungle on I'm a Celebrity in 2006, presented the 'Get Me Out Of Here NOW' with his now-wife Emma Willis, appeared in Wicked as Fiyero and is now loving life in the superband, McBusted. Nice work, Matt. P.S. we love you.

James teamed up with his brother to create the band The Bourne Insanity, and together they also created the band 88 with their friend Eric Brazilian. He also writes songs for 5 Seconds of Summer and The Vamps, and created a musical called Loserville. Awesome. Oh, and of course he's in McBusted!

It was no secret that Charlie didn't especially enjoy Busted's pop rock vibe, and quit the band to form a alt rock band called FightStar. The band then went on a break for Charlie to focus on solo projects, and he has released two solo albums, the last one released in 2014. He also got hitched to Anna Barnard last year.

So what did Busted look like then compared to now? Check it out. 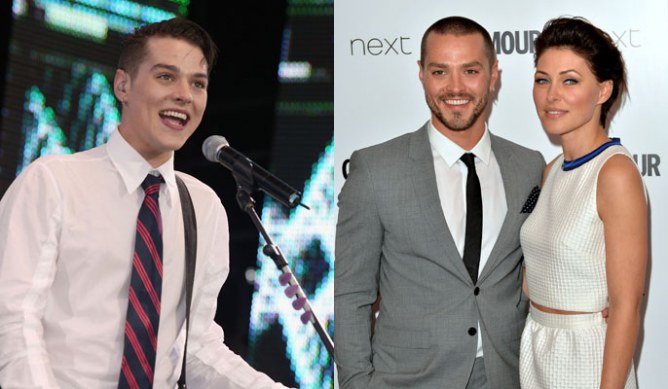 Harry was hitched in 2012, and the pair are currently expecting their first child together! He appeared on Strictly Come Dancing in 2011 and freaking WON, and of course he joined back up with the boys to created McBusted, a super hybrid of McFly and Busted because why would you not.

Dougie has a bit of a tough time following McFly's break, and went to rehab due to alcohol and substance abuse, and was suffering from depression at the time. Poor old Dougie. Sniff. But what good things do happen to good people, and Dougie is now in a happy relationship with pop star Ellie Goulding, oh, AND he won I'm a Celebrity in 2011, so there's that.

Danny was hitched in 2014, and kept busy following McFly's split with his DJ and producing skills. He also appeared on a reality TV show called Popstar to Operastar that for the life of us we CANNOT remember, but he was voted off in the fourth week. #Awkward.

Tom is also in McBusted, but what is more exciting and lovely about him are his hilarious and adorable videos featuring his young son Buzz. A particularly cute video shows Tom blowing on a dandelion, making little Buzz scream with laughter. Naw! 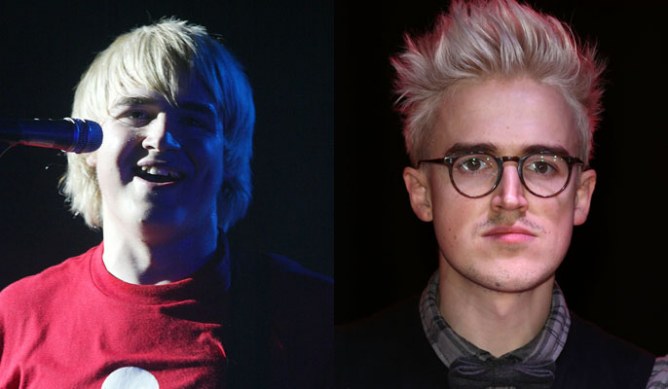 The one who always went on a rift had a Celebrity Big Brother stint where he infuriated the world with his skeezy antics in the house (followed by a romantic OK! magazine spread with one of his love interests in the reality TV show, followed by a swift breakup to follow). Good one Lee.

The 34-year-old has appeared in an episode of Casualty and toured with the rest of the boys on their reunion tour in 2013, but apart from that his day job has been kept quiet. Come on Anthony, tell us what you're up to?!

Our favourite Blue band member (oh come on, he totally was) is currently starring in Priscilla Queen of the Desert as Tick, sharing the role with Jason Donovan. In recent interviews he has identified himself as gay, and has a daughter named Tianie Finn, naw!

As well as a reasonably successful solo career and a few University Student Union gigs, Simon hit gold when he became a contestant on Strictly Come Dancing, coming runner up. He also appeared as the Big Bad Wolf in The 3 Little Pigs musical earlier this year, cute!

We also feel like we should mention that all four of the boys have declared themselves bankrupt since the band's split. Yup, they may be called BLUE but now they're all in the RED. 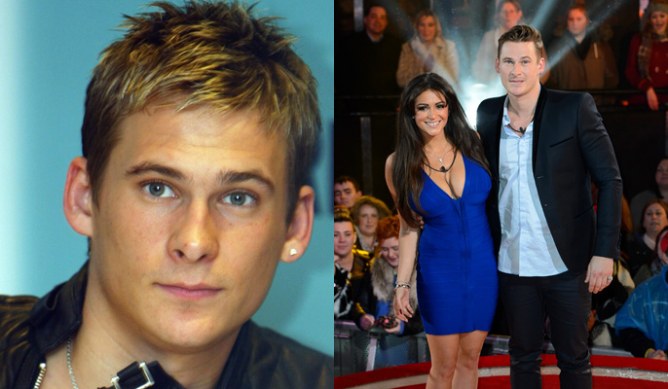 Sean is the Zayn of 5ive (AKA, that one to leave a few months before they split up anyway), and auditioned for The Voice in 2012 only to be rejected as no judge selected him. Damn boy that is ROUGH.

Ritchie came an admirable fourth place on reality TV show The Jump and was briefly married to an Australian model before meeting and getting engaged to Atomic Kitten singer Natasha Hamilton. Not bad going Ritchie!

Abz had a Celebrity Big Brother stint, revealed he had Asperger's syndrome and is due to appear in a reality TV show following his family's move to Wales entitled: Country Strife: Abz on the Farm. Sigh.

J has mostly kept to himself since 5ive's split, only making a spattering of TV appearances (including coming third in I'm a Celebrity, Get Me Out of Here) and backed out of The Big Reunion as he didn't want any more fame. Don't worry J, you really weren't going to get any. 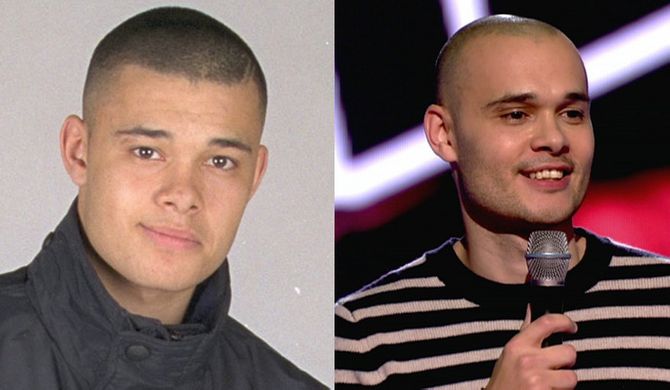 Are you surprised by what happened to these band members? Tweet us @sofeminineUK!

"Everything Is About To Be Terrrible." NSync's Joey Fatone Tells One Direction Their Future