Home / Entertainment / News celebrities / Game of Thrones Season 4 Episode 3: The Breaker of Chains – Has The Show Finally Gone Too Far?

Game of Thrones Season 4 Episode 3: The Breaker of Chains – Has The Show Finally Gone Too Far? 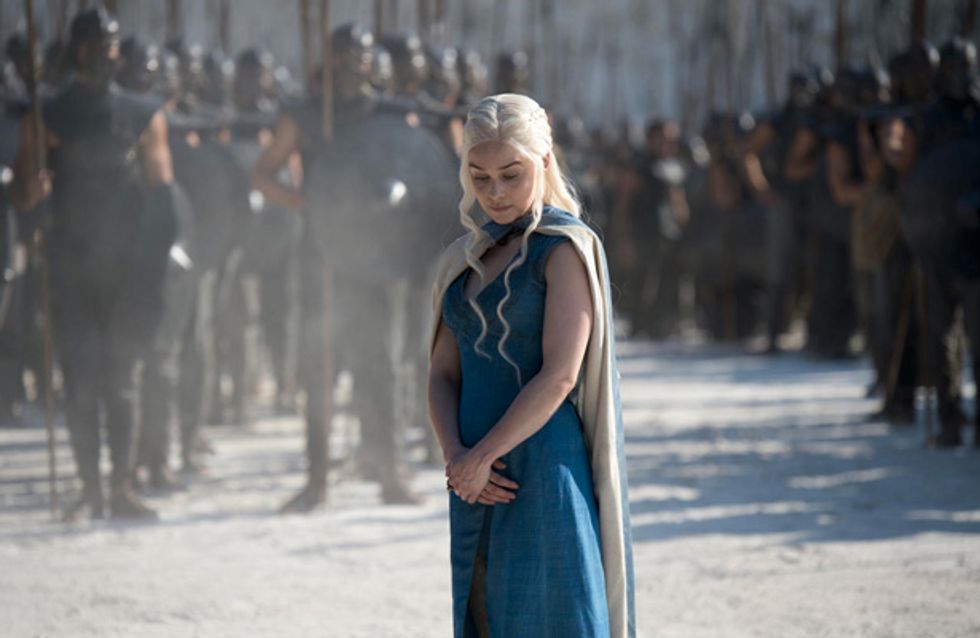 After all of the delightful drama of last week (BYE JOFF), it was to be expected that this would be an episode of words over actions, but despite the slow tempo of this episode, The Breaker of Chains still managed to fit in a siege, a brutal slaughter, and a seriously questionable incest scene which may or may not have been rape. Next to their dead son's corpse, I ask you!

Shall we talk about when Jaime walks in and kind of sort of rapes his sister next to the corpse of their child born of incest? No. I don't want to.

I no longer know how I feel about Jaime. The man had become my baby angel after season 3, and now it seems his character development had all been for nothing, especially since in the novel the sex is consensual…why did you do this DB Weiss and David Benioff, why?!

Rape is one thing. Raping your sister is another. Raping her next to the corpse of your incestuous son? Only in Westeros. #GameOfThrones

RT if you half-expected Joffrey's body to fall over on top of you-know-who while they you-know-what. #GameOfThrones

What else freaked us out/made us suspicious/we just need to talk about?

Tyrells don't give a sh*t

It's obvious that Marge is more annoyed about the shaky grounds of her Queenship than the death of her husband at their wedding feast, and it's obvious (if it wasn't already) that Olenna literally couldn't care less that Joff is dead.

I love her. I am also really, really suspicious of her.

Farewell to Pod the Rod

We’re guessing that’s goodbye to Pod. We, and the women of King’s Landing, will miss you.

It looks like the Night’s Watch definitely can’t hold against the wilding army since they have barely 100 men and the Wildlings army is in the thousands. To sum up: they in troubleeeee. LOL at Pyp’s “I don’t think I can kill a hundred wildlings.” Pyp for President.

The Hound and Arya sitcom

In storyline #927, The Hound and Arya are still struggling through the bleak countryside. All they are doing is travelling cross-country, and yet I never want this partnership to end, even if all they’re doing is complimenting that Sally on her stew and hitting well-meaning farmers over the head.

Elsewhere, still not in Westeros...

Why isn’t Daenerys on a ship sailing over to Westeros already?! Instead she’s on the other side of the world flinging metaphors at her enemies. I’m impatient for her mega army to get moving to the Seven Kingdoms already. Make it happen, GoT.

What sort of character is Jaime? – I need opinions so I can form my own, like a sheep. I’m so confused about how to feel.

When do you think Jon Snow will smile?