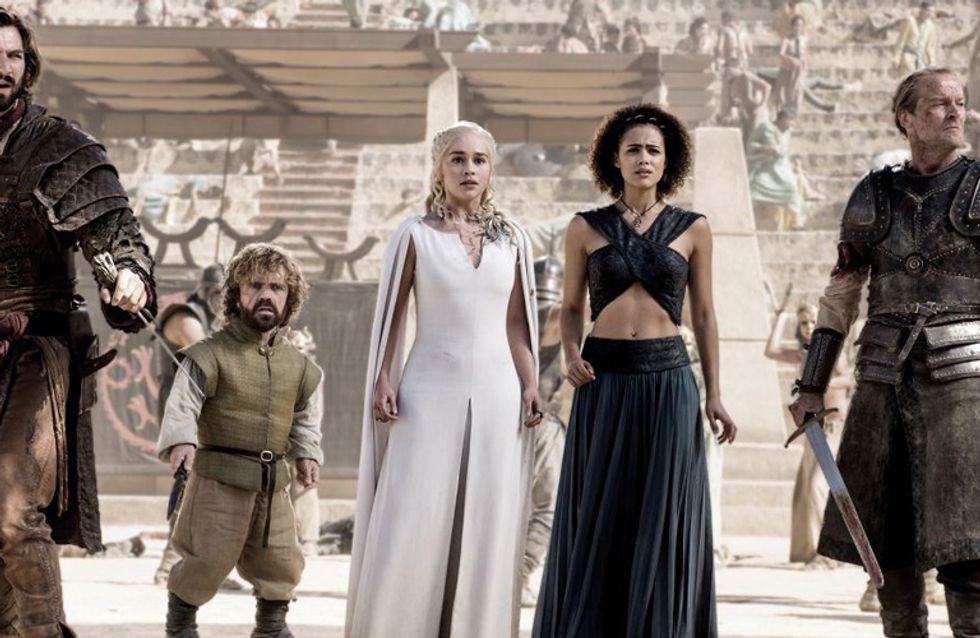 For everyone who loves Game of Thrones, the months of June - March are made for waiting. Lesser, mediocre shows hardly fill the void that Game of Thrones leaves us every time it concludes another season, and we can do nothing but wait while discussing rumours and latching onto ANY tiny new news story about the show.

Well fear not, as we have put together every single little piece of news about Game of Thrones season 6 so far, from rumours to casting calls to location shoots to who has been spotted where. So if you want to be surprised, stay away. But for everyone else - welcome to the hiatus!

If this wasn't already clear: SPOILERS! SO MANY SPOILERS! SPOILER ALERT.

Jon Snow is SO coming back

As if the insane hints and foreshadowing in season five weren't enough, Kit Harington has been seen in Belfast to attend the GoT script reading, hanging out with his buddy Dolorous Edd, and he STILL hasn't had his hair cut.

As are Bran and Hodor

Bran and Hodor have confirmed they will be returning to season 6 of Game of Thrones, and honestly? We've missed them. They might not have had the most exciting storyline, but we do care about poor old Bran Stark. He's probably the least lucky Stark after Sansa. A close second.

And possibly even young Rickon Stark and Osha

We thought that the relatively small part of Rickon had gone for good when Osha took him away from danger in season three. However, the Stark name is an important one, and we know that people are still looking for Bran and Rickon are the Heirs of Winterfell. But look how much he's grown up!

Remember when Arya Stark left her companion and secret friend to die after being mortally wounded? Whelp, turns out there must have been a Maester behind a rock as Rory McCann has been seen staying at a hotel in Belfast regularly used by the cast.

A popular theory among book fans is that The Hound isn't really dead, and that he and his brother, The Mountain, will fight to the death in a trial by combat on behalf of the new Gods and Cersei Lannister. This bit of news brings us just a little closer to that theory. GET HYPE.

And Bran has a new mentor

The three-eyed raven who appeared to Bran in a vision and who we saw in the season four finale has been replaced by a better-known actor, Max von Sydow, who we're guessing is going to be a Yoda type during Bran's training.

She's also on the run from The Waif

A set leak has shown Arya to be on the run from The Waif (you know, that annoying girl from the House of the Undying who kept hitting her with a stick), and shows Maisie doing some serious stunts as actor Faye Marsay chases after her wielding a bloody knife. We're just hoping that's not Arya's blood. In fact, we're not even going to entertain that idea. Nope nope nope.

Theon is back in the Iron Islands

Now he's managed to escape from Ramsay Bolton, it looks like there's no place like home for Theon Greyjoy, who has been spotted filming Iron Island scenes and frequenting cafes with his onscreen sister, Yara (she hasn't been forgotten, hurrah!). However, what is life going to be like for Theon after being mentally and physically tortured for months? Will he be back to his old douchey ways?

Posted by The Red Door Tea Room on Friday, 4 September 2015

Samwell's brother (and possibly father?) have been cast

Dickon Tarly will be played by Harry Potter and UnReal actor Freddie Stroma, so it looks like Sam will be returning to his old home after leaving the Wall to seek out knowledge on how to defeat the White Walkers in Old Town.

Deadwood’s Ian McShane has also been cast, and rumour has it that he will be playing Randyll Tarly, Samwell's father who favoured his younger brother over him and threatened to murder him should he not join the Night's Watch and give up his rights as Heir. This reunion is gonna be intense!

We'll probably be going to Samwell's home as well

It's a big ole' castle and it's beautiful!

Lady Stoneheart has been rumoured to be making an appearance

The rumour that Catelyn Stark would return as the vengeful Lady Stoneheart began when Irish Times tweeted THIS little number:

However, this one might be just a bit of speculation that isn't going anywhere, as Michelle Fairley has definitively said: “I am not under contract to Game of Thrones.” But still, never say never! We'd love it if good old Lady Stoneheart came back for her revenge.

Richard E Grant has been cast

Who could he possibly be playing though? Surely some sort of Grand Maester to meet Samwell in Old Town? He looks the Maester type.

Theon's Uncles will make an appearance

Pilou Asbæk will be playing the role of Euron Greyjoy, Theon's Uncle. Victarion and Balon Greyjoy have yet to be cast, but we are guessing that they will be a solid storyline come season 6.

There's going to be a young Ned Stark flashback

13-year-old actor Sebastian Croft has been cast and sources say is a young Ned Stark, fitting the description of Sean Bean as a teenager with green eyes, brown hair and a Northern accent. Since 13 is probably too young to be for the Tower of Joy scene (WINK NUDGE), the popular theory is that Bran will see this younger version of his father in a vision. Either that or it'll be a standard flashback to childhood like Cersei's from the beginning of season five.

What do you think is going to happen in season 6? Tweet us @sofeminineUK!

Tommen And Myrcella Baratheon From Game Of Thrones Are Dating IRL