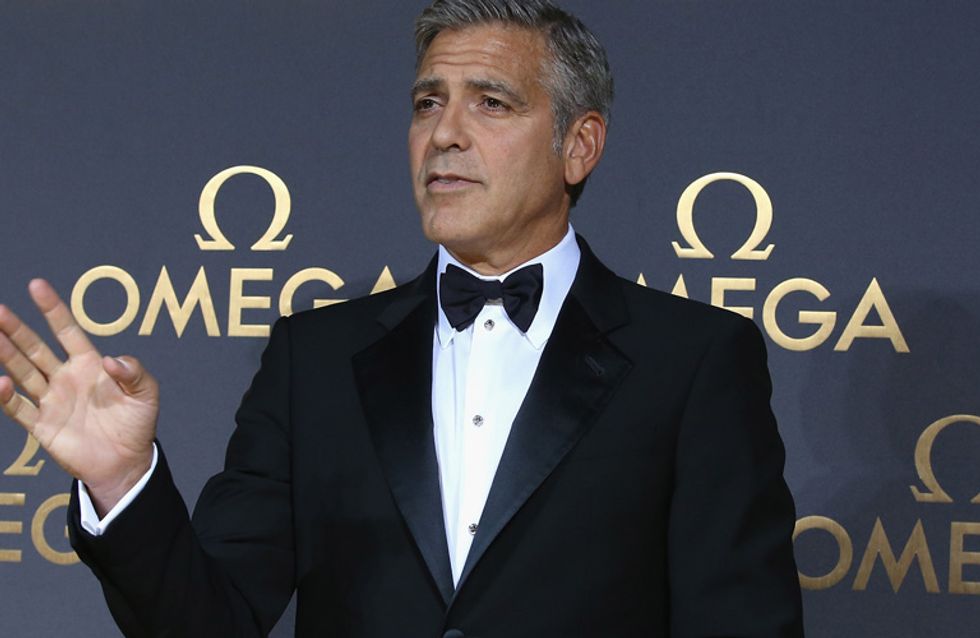 Although they are some of the richest, most famous and successful people in the world, the female stars in Hollywood still have a tough time. Although they are being paid BANK for roles, the difference between their pay and male co-stars pay is ridiculous, the roles are scarce (particularly for older actresses), and we've haven't even began to consider women in behind-the-scenes roles who get very little employment. However, the issues have never been more discussed and George Clooney has recent

We're guessing that being married to the insanely talented and generally wonderful Amal Clooney has given George Clooney an entire new point of view of how women can be just as if not more talented than men, and that the need for gender equality in Hollywood is more important than ever.

Speaking at the Toronto Film Festival, George came up with a pretty simple solution to giving women the roles that they deserve in the industry. He was talking about Sandra Bullock going after a part specifically written for a man, and said: ‘the minute [Sandra] called and said she wanted to play the role that had been written as a man, the film picked up production after languishing in development. There’s a lot more out there if people just started thinking."

George isn't the only one to have spoken up about the problems of gender equality in Hollywood, as increasingly more people have something to say on the subject. Most notably, after receiving only 7% of the profit after starring in Sony's American Hustle while her three male co-stars received 9%, Jennifer Lawrence refused to budge from $20 million to star in Passengers, allegedly in response to the insanely unfair differences in pay in American Hustle. You go Glen Coco.

Others have spoken out about gender equality in Hollywood, with Meryl Streep and Patricia Arquette among those speaking out. Streep posed this question at a Telluride Film Festival​ Q&A: "[Female filmmakers] do exist, they graduate, they’re good – and then they don’t get hired. Why?"

You can watch Patricia's AMAZING speech about gender equality below. Seriously, it takes some guts to use your Oscar-win as a platform to talk about real issues. Respect Patricia.

What are your thoughts on gender inequality in Hollywood? Tweet us @sofeminineUK!

#SilenceHidesViolence: The Campaign Encouraging Victims Of Domestic Violence To Speak Out