by Lareese Craig Published on 2 December 2015 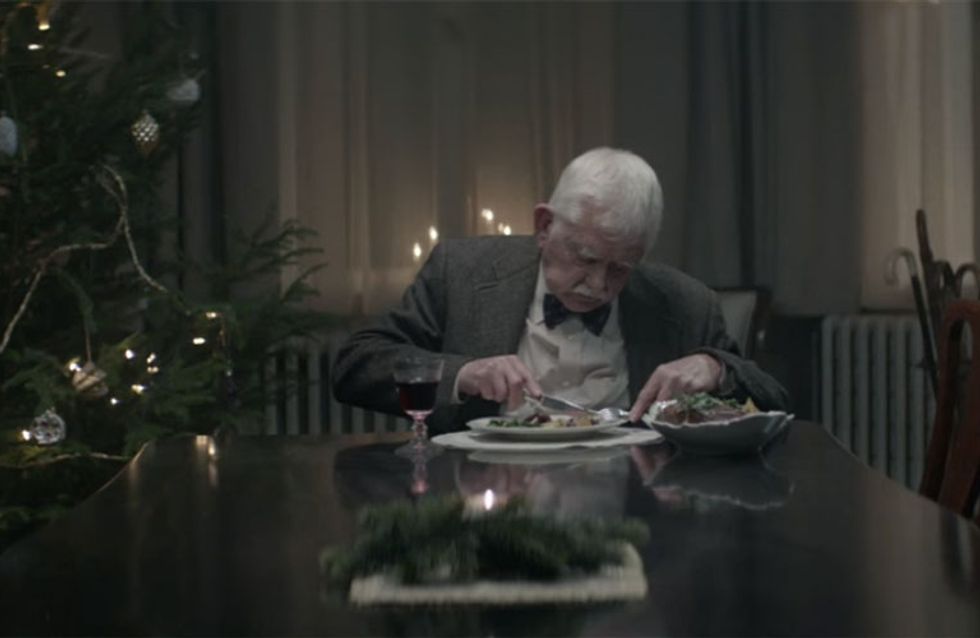 If you thought John Lewis was a tearjerker, this German Christmas advert is a blub-fest waiting to happen but also really, really disturbing at the same time. You'll see.

German supermarket Edeka have released their 2015 holiday advert and the Internet can't decide if it's brilliant or unnecessarily dark.

The advert begins with a little old grandpappy complete with an impressive white moustache, receiving news from his family that they won't be able to visit him this year. And so the lump in throat appears.

Sad and alone, the grandpa proudly places his daughter's family card on the mantelpiece before tucking into his Christmas dinner for one *sobbing*

But wait, it gets even sadder. In a sudden and very morbid plot twist, little ol' grandpa kicks it and all his family finally come together again for the funeral. Only it's not a real funeral.

When the family return to his house, presumably for the wake, who's lurking around the corner? That's right. It's dead grandpa, risen again!

When the family compose their tears, he turns to them and says: "Well how else would I have brought you all together?" to which the obvious reply would have been, ''what the f*ck are you playing at dad?' but, in true Christmas spirit, they let it slide and love each other instead. Because nothing says Happy Holidays quite like faking your own death.

What's your favourite Christmas advert so far? Tweet us @sofeminineUK!

​21 Times We Used The Excuse 'Because It's Christmas!'