Home / Entertainment / News celebrities / Gogglebox Is Back: A Definitive Ranking Of Our Favourite Sofas

Gogglebox Is Back: A Definitive Ranking Of Our Favourite Sofas 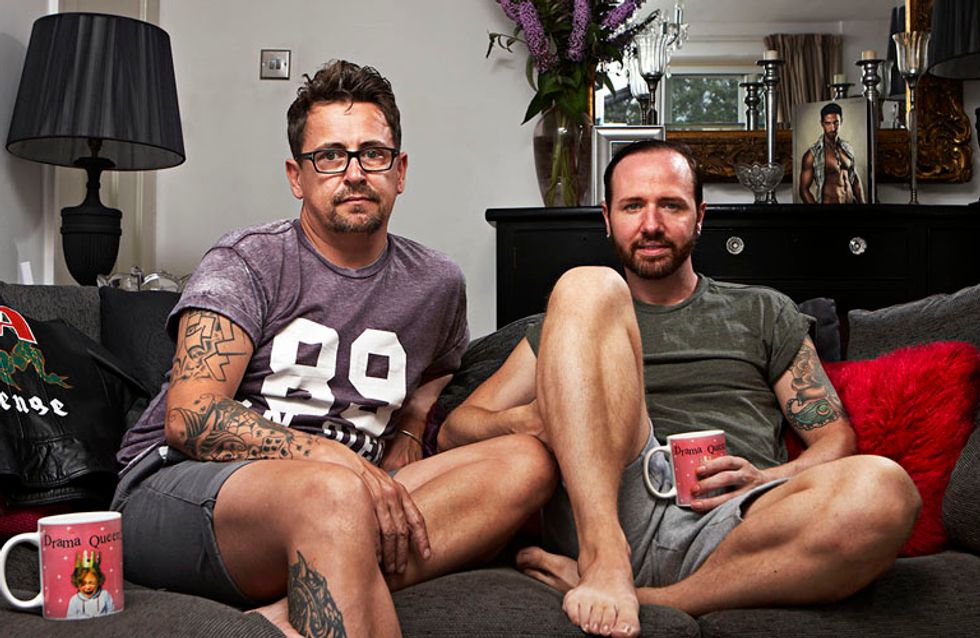 Gogglebox, the show where we watch other people watching shows, is back on for series 4! Despite the Inception-ness of the show's concept, we have to say that we just love listening to the opinions coming from our favourite sofas. This show shouldn't work, but it really, REALLY does! So which is your favourite sofa? Here are ours...

Kate the Vicar and her hubby Graham’s playful relationship. We're always entertained with these two; from calling participants on Eurovision perverts to the dog kicking tea all over them - there's never a dull day.

Top quote: (On the movie Ghost) “Who gets up in the middle of the night to make pots? Most people get up and watch Family Guy.”

Have you ever wondered what happens when a chess and Cluedo champion get together to watch TV? No? WELL MAYBE YOU SHOULD HAVE BECAUSE THESE TWO ARE AMAZING.

Top quote: (On Scottish Independence) "You want to go separate, fine. But can we have a four hundred billion pound back please?"

We feel quite comfortable calling Scarlett and her parents comedy geniuses. Some of their one-liners are just TOO brilliant.

Top quote: (Scarlett to her dad) "Not being funny but haven't any of them clicked on that he's their father? You know what I mean, she's was married to him for how many years! If you walked in with a friggin' petticoat and a wig and some specs on I'd be like you're not fooling anyone are you!"

8. The Woerdenwebers and Silent Jay

Let’s face it, the family is very nice, the mum has a lovely array of Twilight T-shirts, but the reason we sit up and pay attention when the Woerdenwebers are on screen is because of daughter Eve’s silent boyfriend, silent Jay. However, we must say we were shocked when silent Jay got a silent haircut.

Has Silent Jay had a haircut? I'm nervous I hate change #gogglebox

The Derby-based father and two sons watch telly with a dry sense of humour, and we love them for their sarcasm above all else!

The Michael family is a typical parents and two unruly teenagers dynamic, except they all have completely different opinions (apart from when it comes to Cheryl Cole obviously, when they are all united in mutual dislike).

Top quote: "It's weird that mum isn't Greek-Cypriote isn't it? We are but you're not. Isn't it weird? Mum has no Greek in her!"

"Oh yeah! Well I have had some Greek in me."

Best friends Chris and Stephen are mean to each other, mean about celebrities, mean about politicians, and basically say everything we're all thinking!

“Yeah but not a f***ing terrorist Chris.”

These parents and their two young teens are probably the loudest family on Gogglebox, with the kids (especially the girl, Amy) freaking out about EVERYTHING.

Top quote: "Mum, you've tweeted him, like twice. You're so annoying!" – Amy
"I'm not annoying, I love him." – Nicki
"Do you realise how many times I've tweeted Harry Styles?" – Amy
"Oh shut up about Harry Styles." – Jonathan

The posh pair always have a drink in their hands and a little sausage dog between them and say the greatest things. We should hate their Rah-ness, but we just don't.

Leon and his long suffering wife June are like that aunt and uncle at Christmas who are always bickering but then you catch them having a snuggly nap later on the sofa. June is an expert at eye rolling, and Leon is a complete wind-up merchant!

Top quote: "It's an appalling show. I don't like gardening." – Leon
"Oh, Leon. Tell me something you do like." – June

Who is your favourite sofa? Tell us about it @sofeminineUK