17 Celebrity Break-ups We'll Never Get Over 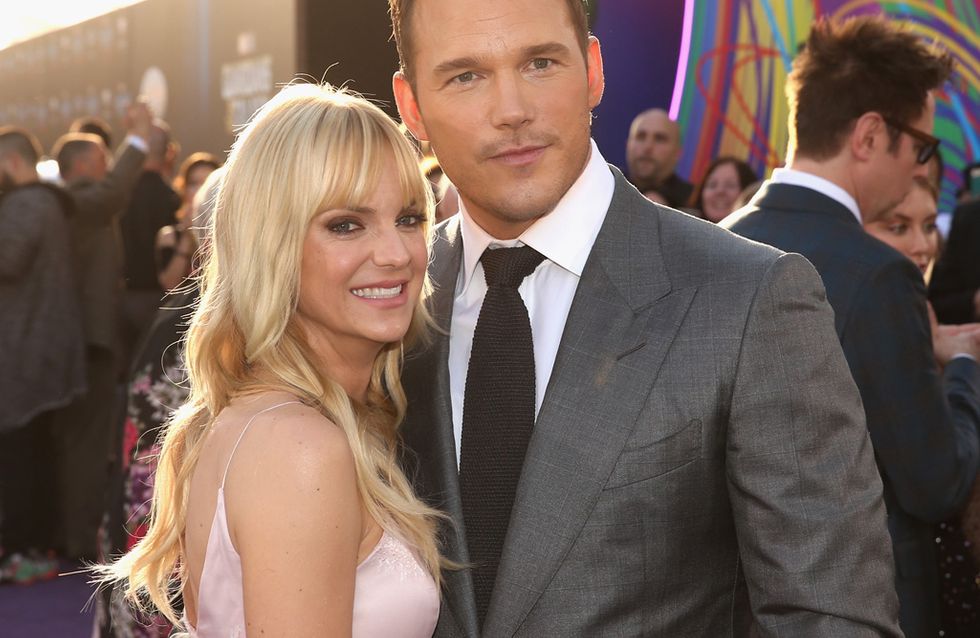 For some reason, whenever a seemingly perfect celebrity couple calls it a day, we get really depressed. We don't want to overreact, but it makes us feel like love is dead and there's no hope for any of us. Since it seems as though we can't go a week without another of our favourite couples calling it a day, here are the celebrity couples that we will NEVER get over...

The Hollywood heavyweights - who met while filming rom-com Take Me Home Tonight in 2007 - announced the devastating news that they'd decided to split after eight years of marriage in August 2017. The couple released a joint statement on social media which read: "Anna and I are sad to announce we are legally separating. We tried hard for a long time, and we're really disappointed.

"Our son has two parents who love him very much and for his sake we want to keep this situation as private as possible moving forward.

"We still have love for each other, will always cherish our time together and continue to have the deepest respect for one another."

The pair, who had been together for 12 years, released this statement: “While the two of us have come to the mutual decision that we will no longer be partners in marriage, we remain partners in parenthood and are committed to jointly raising our three sons in a happy and healthy environment. To that end, we respectfully request privacy from the media during this time.”

Gwen had previously spoken about the problem fame has had on their marriage, telling Cosmopolitan: “We go through so much together – it’s a miracle that we could stay together this long. [Gavin’s] on a short tour right now, and he wrote me the sweetest note this morning."

It looks like Kourtney called the relationship a day after Scott was spotted snuggled up to his ex-girlfriend, Chloe Bartoli. Oh Scott. Not cool. The pair had gotten together in 2006 and have three children together, but it sounds like Kourtney has had enough of his BS as a source told E! News: "Kourtney has always taken Scott back and been by his side, but now with three kids it has gotten old. Kourtney has to do what's best for the kids."

Damn it Scott! Why did you have to ruin our favourite relationship! We hope you're happy!

"After much thought and careful consideration, we have made the difficult decision to divorce. We go forward with love and friendship for one another and a commitment to co-parenting our children whose privacy we ask to be respected during this difficult time. This will be our only comment on this private, family matter. Thank you for understanding."

BRB SOBBING. Fortunately we're not the only ones to be devastated by this split:

The American Horror Story co-stars ended their engagement last month although according to Just Jared, the pair are "still friends". But we don't want them to be friends! We want them to be MORE than friends!

Although this one isn't confirmed, there have been plenty of rumours flying around that everyone's favourite celeb couple have called it a day. We just hope that the rumours are wrong, because if Emma and Andrew split there is quite literally no hope for any of us.

This pair were the actual cutest, but called it a day after eight months of dating. Their representatives told Us Weekly: “They both deeply care for each other and remain close friends. We kindly ask that the media respect their wish for privacy regarding this personal matter at this time."

But-but they were so adorable!

Even though Bradley Cooper gazes at her adoringly at like, every single Award show they attended together, the pair called it quits in March 2015. What makes it even sadder is Suki recounting their first meeting. She said: "We were introduced and hit it off almost immediately. We were dancing at the afterparty, and he asked me if I fancied going to a club. We went to Cirque le Soir in London — and he’s a ridiculously good dancer, yes. But I’m a serious dancer too ... We make a pretty good duo, though."

Chris Martin and Gwyneth Paltrow announced they were breaking up via Gwyneth's lifestyle site, Goop. They wrote:

It is with hearts full of sadness that we have decided to separate. We have been working hard for well over a year, some of it together, some of it separated, to see what might have been possible between us, and we have come to the conclusion that while we love each other very much we will remain separate. We are, however, and always will be a family, and in many ways we are closer than we have ever been. We are parents first and foremost, to two incredibly wonderful children and we ask for their and our space and privacy to be respected at this difficult time. We have always conducted our relationship privately, and we hope that as we consciously uncouple and coparent, we will be able to continue in the same manner.
Love,
Gwyneth & Chris

Thus concludes one of our favourite showbiz couples. Sad times.

We were more excited than we could say when The Notebook’s dream couple got together in real life, especially when they made out in front of everyone when they won MTV’s Best Kiss and it looked like something right out of a romcom. Although the pair were together for a couple of years, they called it quits in 2007 and you could literally hear hearts everywhere breaking.

And now Ryan Gosling is with Eva Mendes and they have a baby girl and there's no hope for any of us *sobs*.

When Kristen Stewart was caught in a compromising situation with her director Rupert Sanders, Robert Pattinson promptly moved out of their house, shared a post-break up tub of ice cream with John Stewart on TV and got on with things whilst KStew couldn’t apologise enough, stating: “This momentary indiscretion has jeopardised the most important thing in my life, the person I love and respect the most, Rob. I love him, I love him, I'm so sorry.”

You should be sorry Kristen. Just look at him.

We loved Katy Perry and Russell Brand’s playful relationship, which lasted all of 14 months before Russell filed for divorce. The sad thing about this break up was that we really saw the stages of her relationship fail in her documentary movie, Part of Me. It basically made us very much dislike Russell Brand and his meanness. He also asked her for a divorce via text. Bad, Brand, bad.

Brad Pitt and Jennifer Aniston were probably the most beautiful couple in the world before Brad Pitt decided to make Mr and Mrs Smith and met that home wrecker Angelina Jolie (only kidding, we love you Ange!).

Brad even appeared in Jen’s sitcom Friends, playing an old classmate who hated her guts. Good thing Jen has a sense of humour and knows how to take a jab at an ex yet still look classy!

Still, we have to admit we miss them. They were hot stuff.

This was a short yet sweet romance, but it definitely got the fans all riled up. You guys could have made this work!

Miranda Kerr and Orlando Bloom decided to call it a day in 2013, but were determined to stay friends and a family on behalf of their son, three-year-old Flynn.

​They were such a gorgeous couple that we wish they could have stayed together, but you’ve got to respect their amicable split!

When this tumultuous on-off relationship ended we weren’t too surprised, more disappointed. Apparently the Star Trek star Zoe was meant to be spending the holidays with Bradley and his family in Europe, but when things caved in she ended up going to Miami and that was that. We hope things weren’t too awkward during the filming of Guardians of the Galaxy!

Michelle Williams and Jason Segel were so sweet together! We have such a soft spot for both of them and wanted this one to last forever! Unfortunately though, since Jason is based in LA and Michelle lives with her daughter in New York, the distance was just too much to maintain, and the pair parted ways after a year of dating.

Which relationship break up were you the most shocked about? Tweet us @sofeminineUK!

Apparently, A lot Of Your Colleagues Are Getting Their End Away At Work & Now We Feel Weird