Does everybody miss Gossip Girl? The far-fetched storylines, the ongoing will they won’t they relationships, the pressing, infuriating question WHO IS GOSSIP GIRL dominating every episode, and most importantly, the best friends forever relationship between Blair Waldorf and Serena Van der Woodsen? Well, it turns out that the actors who portray our favourite Upper East-siders Leighton Meester and Blake Lively are not nearly as pally in real life – and aren’t on speaking terms anymore.

At the beginning of every Gossip Girl episode, the elusive narrator says: “Who am I? That’s one secret I’ll never tell. You know you love me. XOXO.”

Well, turns out the two main stars of the popular TV show do not love each other all that much as apparently Blake Lively, who played Serena Van der Woodsen, and Leighton Meester, who played Blair Waldorf, are no longer on speaking terms.

Perhaps Blake got jealous because Leighton always got the best costumes on the set? It’s one idea anyway! 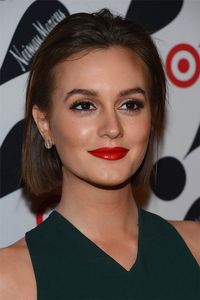 Following Leighton’s engagement to The O.C. actor Adam Brody, an insider revealed that Blake “was absolutely NOT one of the people who called Leighton to congratulate her on her recent engagement.

“After something of a thaw in their relationship during the final two seasons of Gossip Girl, Leighton and Blake don’t speak anymore.

“I think it’s simply a matter of both of them being happy not to have to spend 18 hours a day with each other, but the friendship they struggled to build at the end of Gossip Girl has evaporated and they continue to stay as far away from each other as possible.”

The source added: “It’s really sad because they both know they are role models for younger girls and they don’t want their dislike of each other out in the press — they still get bags of letters from the show’s fans every week. But the truth is, nobody in Blake’s life is urging her to be the bigger woman and patch everything up.”​

It’s a shame that they won’t be swapping tales of their married life as Blake wed Ryan Reynolds in 2012 and has been living in wedded bliss ever since.

The Savage star excitedly spoke to E! News about what she wanted for Christmas.

She said: “Their [jewellers Van Cleef & Arpels] vintage pieces are incredible because they show how timeless Van Cleef is.”

When the reporter joked about Ryan purchasing her the jewellery for Christmas, Blake bantered back that it would result in them filing for “bankruptcy”. Perhaps if she patched things up with Leighton they could crash at the Brody household!

Did you think the two of them were good mates? Tweet us @sofeminineUK