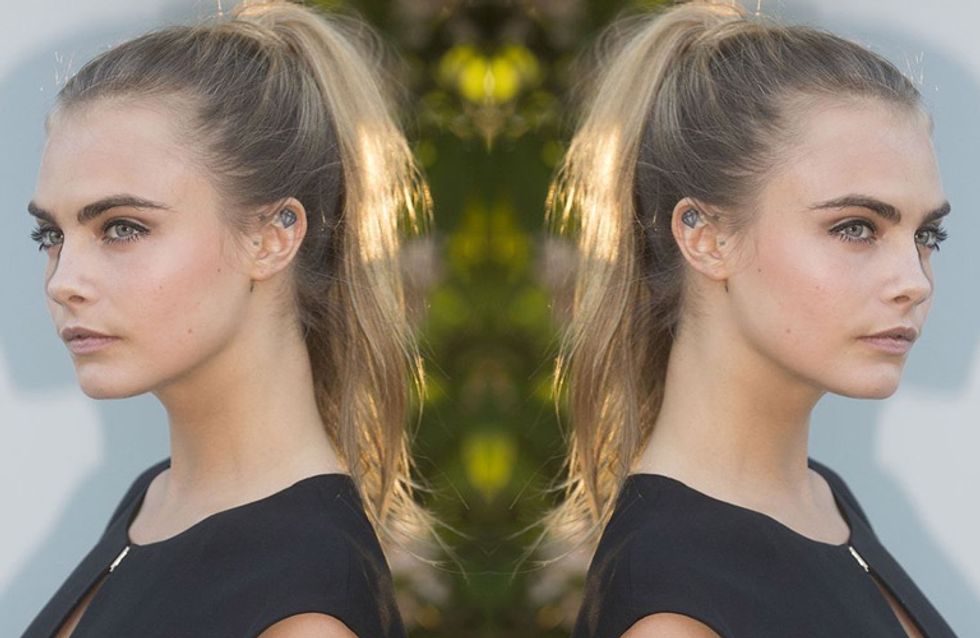 Cara Delevingne is turning 23 today, and so far during her time of earth she has opened more runway shows and modelled for more top notch brands than we could ever imagine in our happiest daydreams. She's also well on her way to becoming a fully fledged movie star, and we'd be so jel if we didn't love her so much! So in celebration of the on fleek Londoner's bday, here are some facts you (probably) didn't know about her...

She has a lion tattoo on her finger

So hawt. Can we get that too without looking too clingy and imitating?

Which is hardly surprising since she’s a Leo

We're not sure if she's all about astrology, but she definitely, DEFINITELY loves the lions.

She was working for ASOS when she was scouted

Although she'd done some bits and bobs modelling with hats when she was 12, Cara was shot to stardom after being spotted by Burberry's Christopher Bailey while working part time at ASOS.

Her grandma was a lady-in-waiting to Princess Margaret

Let's face it: Cara is POSH.

She can play the drums

She is currently in a relationship with Annie Clark

Cara has tweeted that she is "very much in love" with the 32-year-old musician who is also known as St. Vincent. NAW!

Hallo. Thanks for taking this picture @kaylaafreely you're my little model/flower child!

She has TWO sisters, one of whom stays out of the spotlight

You probably know Poppy, Cara's socialite big sis, but did you know she has another big sister called Chloe? She tends to stay out of the spotlight, she's also pregnant at the moment! Pretty soon it'll be Auntie Cara!

And like many of us, she loves food (and Moulin Rouge)

Did we mention she's also appearing in Paper Towns, out on August 21st? She's so cool. Are you a fan? Tweet us @sofeminineUK!

102 shares
Review full sized beauty products for us for FREE