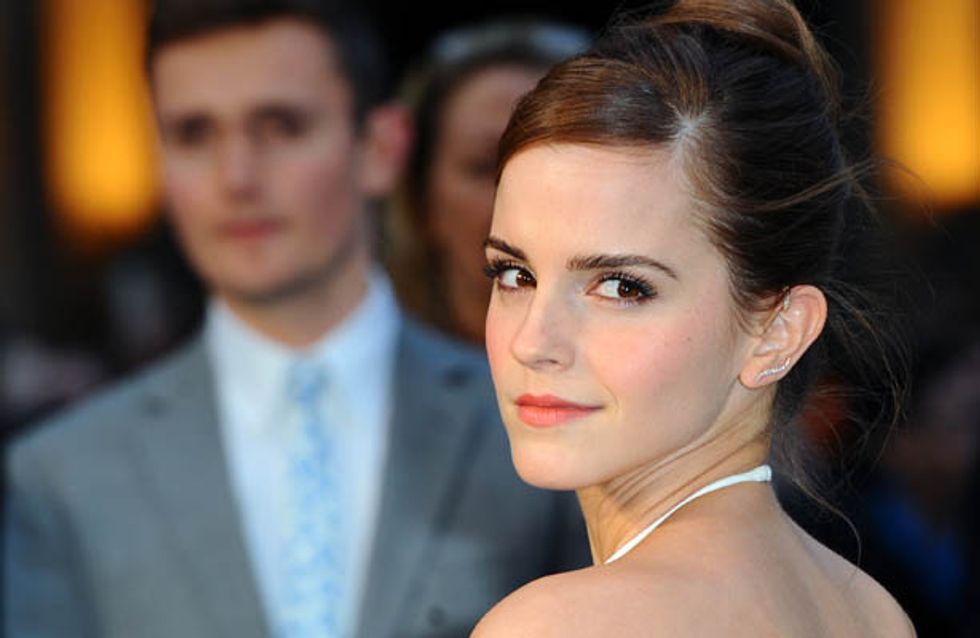 Emma Watson’s most recent role in Noah has brought the Harry Potter star back to the forefront of our minds (and hearts), and in a few of her recent interviews her casual comments about fashion, relationships and the aging process have brought to our attention that she is one seriously clued-up 23-year-old. We want to be her best friend (and possibly more), and here’s why!

She’s looking forward to getting old

Emma recently stated: “As a younger woman, that pressure [to look perfect] got me down but I’ve made my peace with it…I’m excited about the ageing process. I’m more interested in women who aren’t perfect. They’re more compelling.”

Emma is currently dating an Oxford University student, and has mentioned that she has no interest in getting involved with anyone who is already famous (not even Joseph Gordon-Levitt Em?!)

She said: “I don't date people who are famous, and I don't think it's fair that, all of a sudden, intimate details of their personal life are public as a direct result of me. I wish I could protect them.” She’s a treasure, isn’t she?!

She’s had plenty of obstacles to overcome

Although Emma seems pretty on top of the world, she has had some major obstacles to overcome. Probably the worst of which was her disastrous attempt at attending University in the USA, where apparently she was constantly followed by British photographers and under scrutiny from other students.

She said: "After Harry Potter, all that mattered was university. It wasn't always easy to break down barriers, as having men from the British press following me with cameras didn't help my mission to integrate…on the first day, I walked into the canteen and everyone went completely silent and turned around to look at me. I had to say to myself 'it's OK, you can do this'. You just have to take a deep breath and gather your courage."

Although Emma is a stunner, she has definitely nailed the self-deprecation thing. She tweeted a fantastic photo of herself in a gown for the premiere along with the caption “I did not wake up this way”. Gah, we want to be her!

She has some serious opinions about the fashion industry

Emma is not a fan of photoshop, and has said: “With airbrushing and digital manipulation, fashion can project an unobtainable image that’s dangerously unhealthy.”

You’d like she wouldn’t have modelled for quite so many designers but hey!

She gets fashion advice from her mum

Although Emma hired a stylist ages ago to choose her clothes for her, mostly because on the red carpet you are shot at every single angle and she wanted to avoid a wardrobe mishap, Emma still loves to get her mum’s opinion of her potential outfits.

She said: “These gowns are ridiculous. You're being photographed from every angle, so not only do you have to consider how the thing looks, but whether you're going to be able to sit in it and whether people are going to be able to see up your skirt. I love showing [my mum and her friends] images and asking, 'What do you think of this dress?' I call on my boyfriends for advice all the time. I mean friends who are boys, and my girlfriends."

She has a pet bunny rabbit. Enough said.

She says Happy Birthday to her character Hermione, she watches Harry Potter on Netflix, and she loves the fans. Behold:

You have to make one hell of a point for us to say or think anything bad about Beyonce (ever), so the fact Emma’s opinion on Beyonce’s position as a feminist got us agreeing with her is a huge deal!

She said: “As I was watching [Beyoncé's visual album] I felt very conflicted, I felt her message felt very conflicted in the sense that on the one hand she is putting herself in a category of a feminist, but then the camera, it felt very male, such a male voyeuristic experience of her.”

She has gotten herself into some cringey situations

There’s nothing we love better than celebrities in horrendously awkward situations, and Emma has had more than her fair share. In a couple of examples, one the differences between the British and Americans, she said: “The most embarrassing one is that I had no idea — and please excuse me — that you guys call a condom a rubber. My version of a rubber is an eraser. I’ve done that — very loudly asked for a rubber and people have given me strange looks. That was embarrassing!”

She also gets noticed a lot, and not always in the best places.

You can’t go to the pharmacy without someone saying, “Hey, you’re the girl from Harry Potter!” and I’m like “Yeah! Just buying tampons, see you in a bit!’”

​You’ve got to love her, right? Tweet us @sofeminineUK 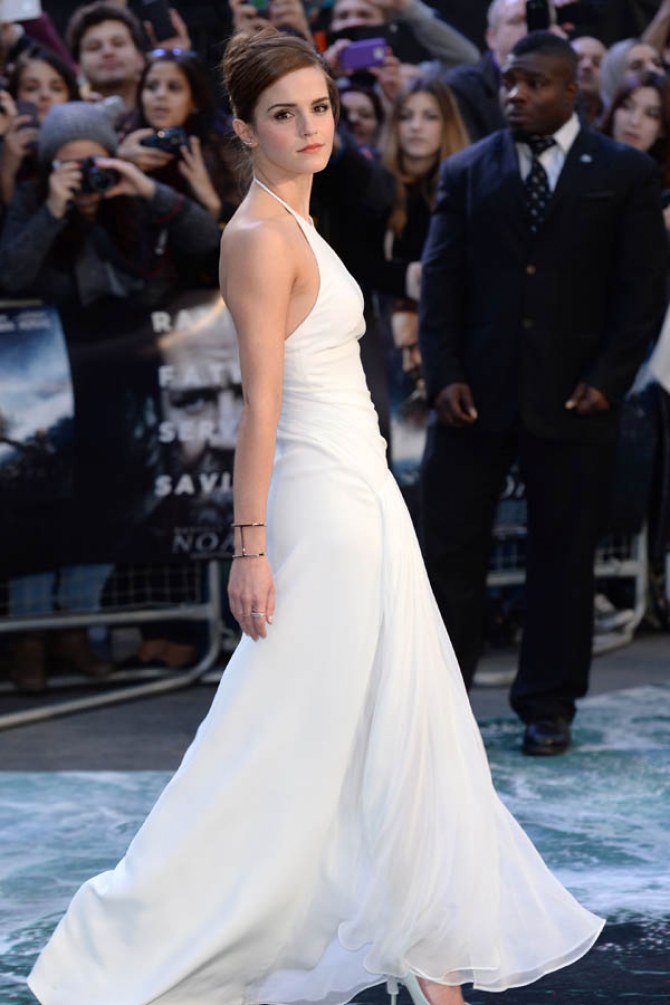