Happy Birthday Prince George! The Cutest Moments From Our Future King of England 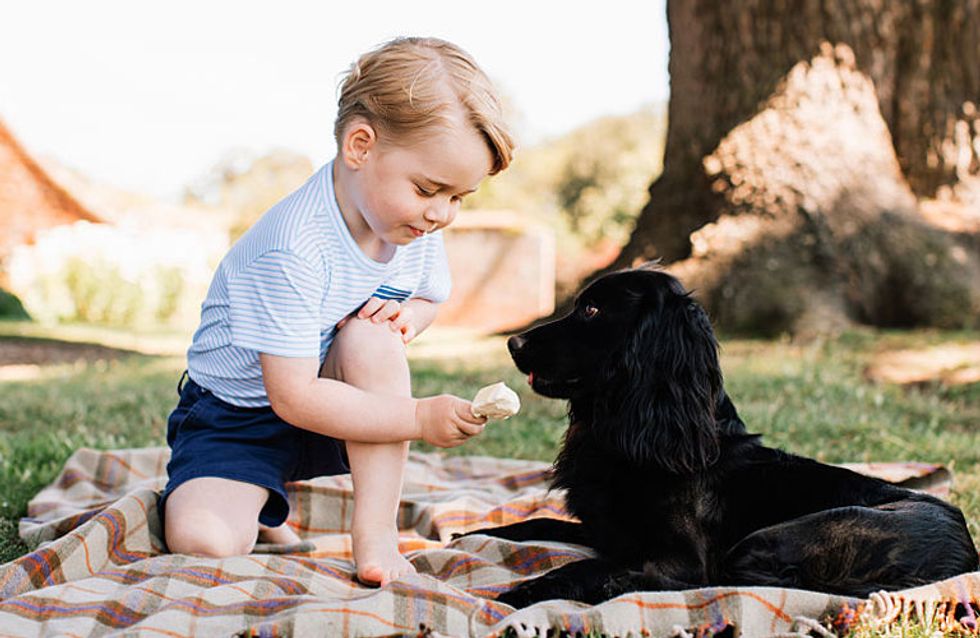 Can you believe it's been a whole three years since today Kate Middleton and Prince William became proud parents to Prince George? This is the toddler who on greeting Obama, shook his hand while clad in his white robe and slippers! What a boss. Happy Birthday Georgie, here's our favourite moments from the sassy toddler Prince and one day future ruler of us all!

Here's to being three and fabulous! 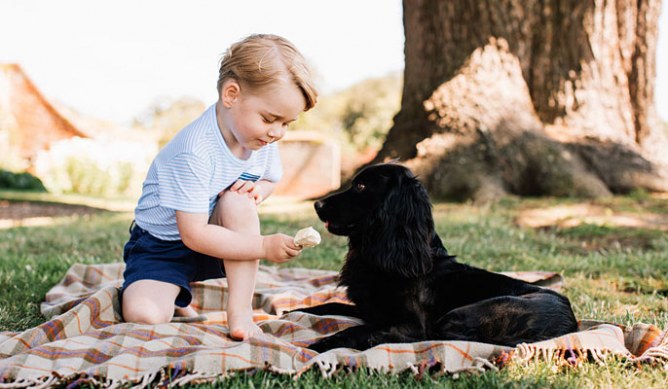 1. That time he grinned for his second birthday with Daddy

Taken after Princess Charlotte's christening, check out the official photo released from Prince George's second birthday! A Kensington Palace spokesperson said: "This photograph captures a very happy moment on what was a special day for the duke and duchess and their family. They are very pleased to share this picture as they celebrate Prince George's second birthday."

2. That time he totally rocked the crocs

We thought crocs were the very worst thing that could happen to our feet, but then Prince George proved us wrong. Yes, we are taking fashion advice from Prince George and WHAT OF IT.

3. That time he had pink dungarees and a bad attitude

All toddlers have temper tantrums every once in a while, but none do it with quite as much style chic as Georgie. (Sidenote: look at Kate's humoured yet slightly exasperated face. Motherhood).

4. That time he lobbed his brand new kangaroo across the garden and it was oh-so-hilarious

5. That time he was loving all the butterflies

This is so picturesque and pretty it makes us want to weep and go visit the Butterfly Paradise exhibition and look at butterflies and wonder about nature and stuff.

6. That time he gave his little sister a kiss on the forehead and it was so freaking precious

He is so sweet and gentle (at the moment). But anyone who has a big bro will know this is NAAAT going to last. so let's treasure it while it does!

7. That time he was a total sassy pants upon leaving an aeroplane

He doesn't have time for these peasants.

8. That time Prince William gave him a kiss on the forehead and we literally all swooned

Father and son cuteness is the best kind of cuteness.

9. That time he snuggled his mummy and smiled

This is the face we would ALL be pulling if we got a snuggle from Kate Middleton TBF.

10. That time he peeked into Princess Charlotte's pram

Look at him on his tippy toes peering at his little sis! Too cute!

11. That time he met Obama in his PJs

Rise and shine! If anyone can get away with meeting Obama clad in striped PJs, a fluffy white robe and slippers it's Prince George.

12. That time he shared an ice cream with the family's pet dog Lupo

But let's face it, there are SO many more occasions of sheer cuteness!

Happy Birthday George! Is he your favourite Royal? Tweet us @sofeminineUK!