by the editorial team Published on 26 February 2014 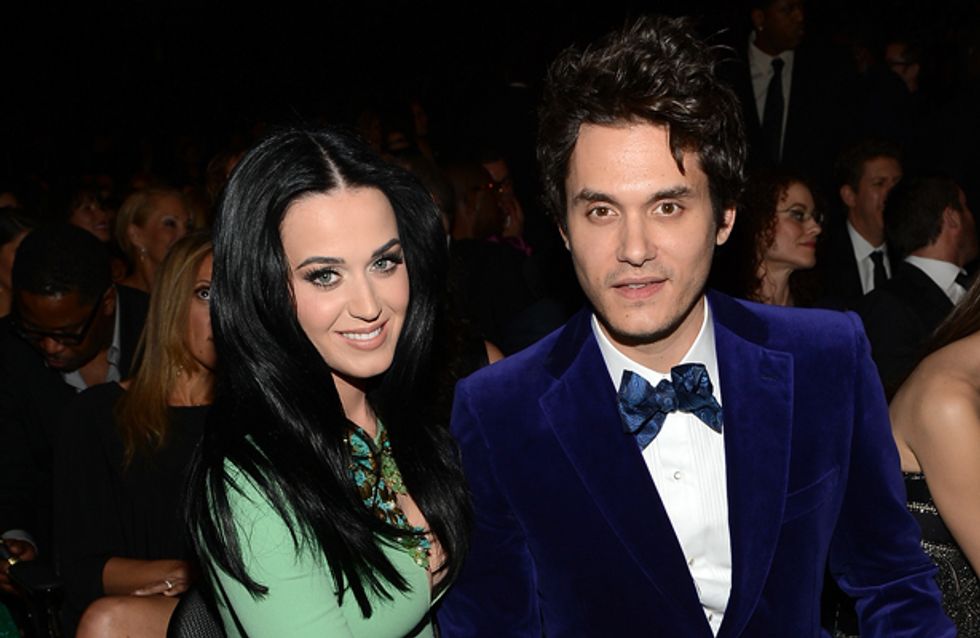 For the past few weeks, fans have been anxiously awaiting rumoured engagement news from Hollywood’s favourite musical couple, Katy Perry and John Mayer, but it seems there may be trouble in paradise. A source has come forward to say that within the last few days, Katy has called the relationship quits. Are these two really splitting up?

Despite a rocky road, Katy Perry and John Mayer have become one of Hollywood’s favorite couples. The two first revealed their romance to the public back in summer 2012. The couple has split briefly twice before, but they've always reconciled.

Recently, rumours of an engagement have cropped up around Katy and John, with a source even telling E! News in November that it seemed “inevitable” since “They are so perfect together.”

Katy was even spotted with a gorgeous rock on her left-hand ring finger while out at the couple’s Valentine’s Day date earlier this month, but it proved to be just another accessory. Then, while visiting London for the Elle Style Awards, she was spotted with yet another sparkler on her ring finger. A large emerald-cut diamond had fans wondering.

However, after a trip to Italy for Milan Fashion week that ended in boos and hisses, a source has told E! News that Katy Perry has broken off her relationship with John Mayer.

There are no reports yet on what may have caused the split, but Katy has certainly had a rough week. The “Dark Horse” singer traveled to Milan to walk the runway for Jeremy Scott’s Moschino’s Fall 2014 Show alongside British actress Rita Ora.

Though the show was scheduled to start at 8:00 p.m., the singer arrived almost an hour late. Many reports say Katy was told to arrive around 8:55 p.m., but photographers were furious about the delayed show nonetheless. As Katy strutted her stuff, photographers began booing her, to which she replied, “You’re all going to get your picture, so shut the f**k up.”

Upon returning home to Los Angeles on Friday, Katy was met with much of the same, as paparazzi booed the star in the hopes of getting a good snapshot.

Could all the break-up rumours have something to do with Katy’s rough week? Or maybe her smooch with gal pal Miley Cyrus at the Bangerz concert had something to do with it? As with previously fruitless engagement rumours, fans will simply have to wait and see how this mystery unfolds.

Do you really think this couple as called it quits? Tweet us @sofeminineUK!