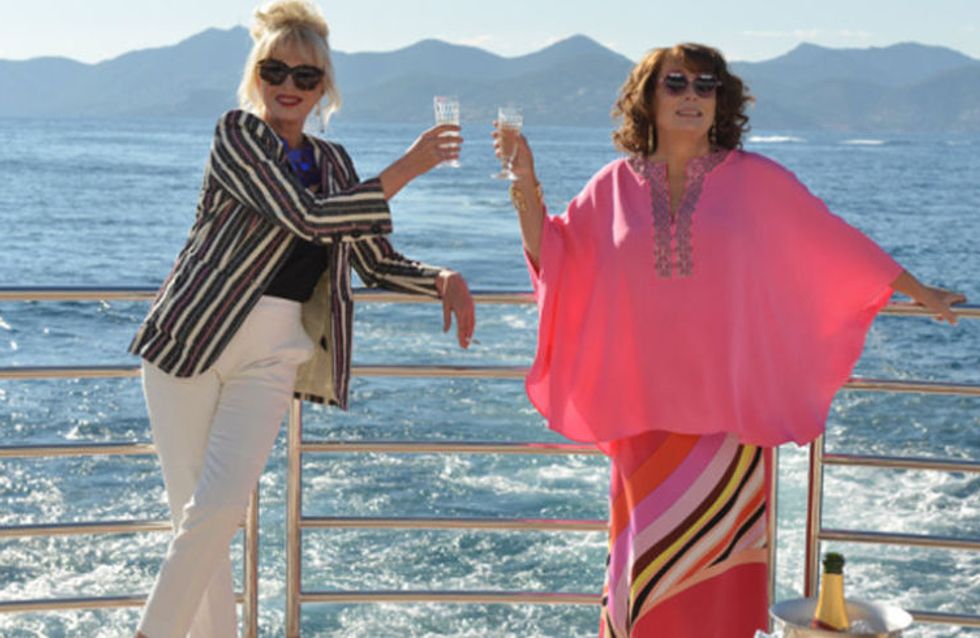 Finally, darling! Joanna Lumley and Jennifer Saunders are back as booze loving Patsy and Edina in the first image from Absolutely Fabulous: The Movie.

It's a risk, reviving a hit 90s TV show. But we're pretty confident this is one of the best things Jo and Jen could have done: reprising their roles as Patsy and Edina, a fashion editor and PR agent, with a penchant for alcohol, shopping and moaning.

The exciting publicity shot released this week sees our two favourite sweetie darlings standing atop a yacht looking as fabulous as ever​, complete with Patsy's bouffant, champagne, sunglasses and a slight grimace. Plot details for the film are slightly hazy, but it seems that they are fleeing a fashion launch party disgraced for the French Riviera, leaving nothing but a trail of destruction, champagne and cigarette butts in their wake.

Guest appearances include Kate Moss, Emma Bunton and even Kim Kardashian. They will also be joined by the original TV cast, including Julia Sawalha as Eddy's eye-rolling daughter Saffy, probably rocking a knitted jumper and an annoyed look, as well as Jane Horrocks as Bubble, and June Whitfield as Mother.

Jennifer Saunders has said of the film, due to be released next year: “I am thrilled and excited to finally start filming. We are all taking our medication and hoping for the best."

We'll drink to that, sweetie!

Are you excited for the new Ab Fab movie? Let us know! @sofeminineUK​

12 Movies That Lied To Us About Life In London