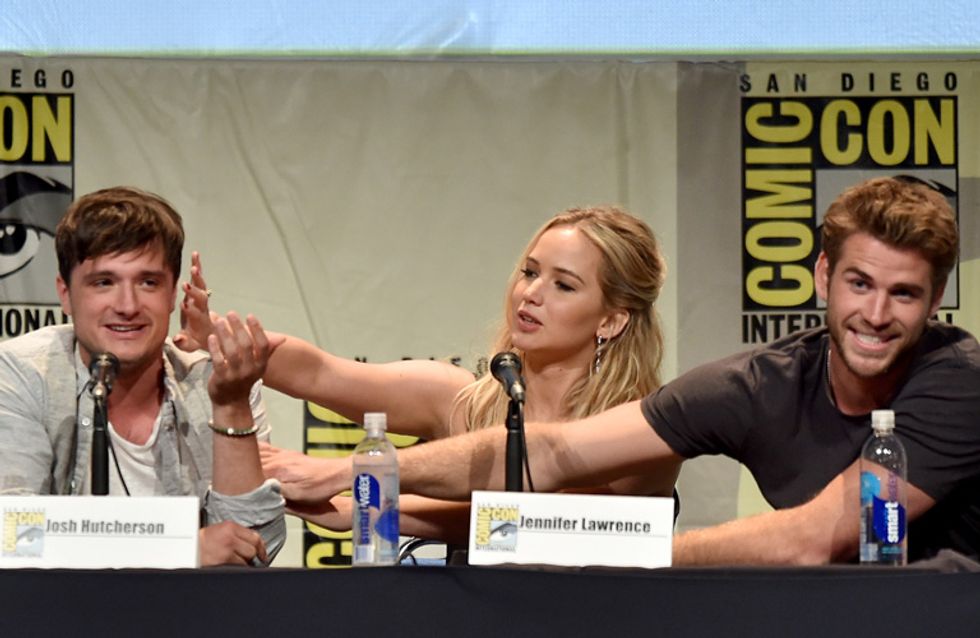 Comic Con is such a beautiful time of year, isn’t it? It’s basically a nerd’s Christmas. If you weren’t lucky enough to hit up San Diego in a complex cosplay costume but still want some highlights from this year, look no further. Here are the MOST exciting things to come out of this year’s convention…

2. Once Upon A Time gave us a first look at 'dark' Emma

WTF is going on with her eyebrows though.

3. A new The Batman v Superman: Dawn of Justice trailer was released

AND it looks absolutely AWESOME. Nerdgasm.

Peter Calpaldi is our hero and King.

Hannibal might be cancelled, but it's not over till it's over!

6. The Mockingjay panel was totes adorable

Here's the cast of #hungergames trying to do the Mockingjay whistle.

7. We had a first look at the Shannara Chronicles

Terry Brooks best selling fantasy books ‘The Shannara Chronicles' is coming to MTV and, if it's anything like MTV's Teen Wolf, we are in for a treat.

You crash your plane onto a golf course and you're Han Solo, you get a standing ovation.

We definitely do in fact fear the walking dead.

The nerd stars aligned this day.

12. We (sneakily) saw the Deadpool trailer

We're not proud for watching it twice, okay?

13. We got a closer look at Star Wars: The Force Awakens

Simon Pegg's happiness makes all the waiting (almost) worth it!

Too exciting for words.

15. We had too many superheroes in one selfie to handle

Panel 10 - Hall H, @20thCenturyFoxPanel - I mean this HAS to be some kind of damn record. Most superheroes in one selfie? Casts of Wolverine, X-Men, Deadpool, Gambit, and Fantastic Four PLUS the Generalissimo!!! #sdcc2015 #HallH #sdccDiarywick

What was your favourite thing about this year's Comic Con? Tweet us @sofeminineUK!

​11 Reasons We Are ALL About Scott Disick

QUIZ: Which Sense8 Character Are You?