by Dagney Pruner Published on 18 November 2014 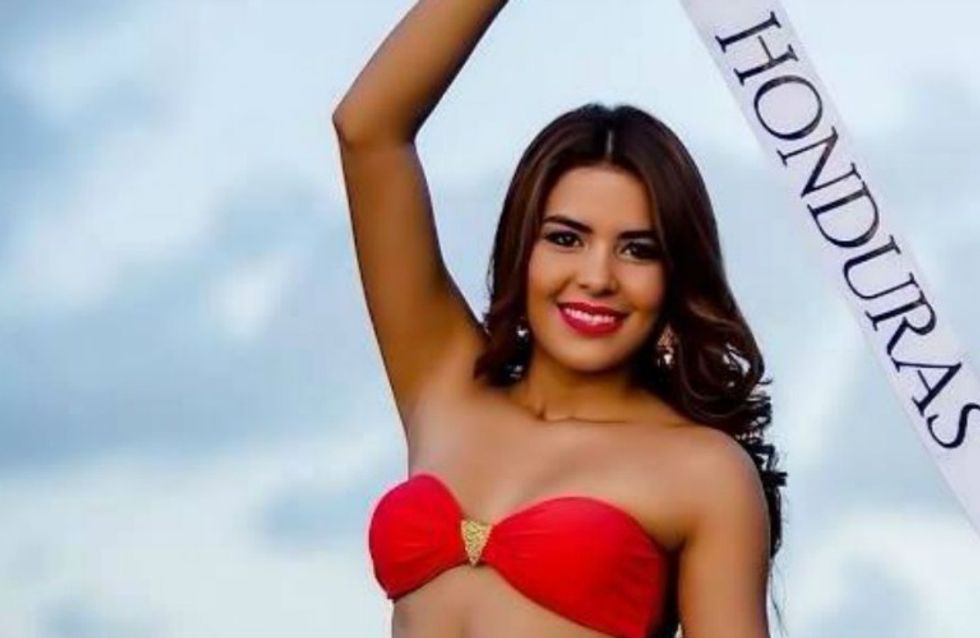 Miss Honduras World María José Alvarado Muñoz and her sister went missing last Thursday after leaving a birthday party in their hometown. They remain missing despite being scheduled to arrive in London this week for the Miss World Pageant. As Honduras has one of the highest crime rates in the world, María's family is fearing the worst.

According to María's profile on the Miss World website, she likes what most other 19 year olds like: playing volleyball and soccer, and she aspires to one day be a diplomat. Those dreams have have come to screeching halt as María and her sister have been missing for over four days.

So far four people have been arrested in the disappearance of Miss Honduras World María José Alvarado Muñoz and her sister, Sofia Trinidad. According to the chief of police Jose Coello, "Four people are under arrest. They include the owner of the party venue [where the girls were last seen] and Sofia Trinidad's boyfriend. They are being investigated." Although, the chief also said they are not treating the disappearance as a crime. That doesn't quite add up to us.

Unfortunately, kidnapping and murder is all too common in Honduras. The town of San Pedro Sula, Honduras, which is just 30 miles from where the girls went missing in Santa Barbara, is literally the reigning murder capital of the world. It has about 1,200 reported murders a year and only one million inhabitants. Honduras as a whole has had the highest murder rate of any country in the world since 2010, with a recorded homicide rate of 75-175 per 100,000 people over the past few years. To give you some context, that is almost double the murder rate of the second most murderous country in the world, Venezuela.

Although the police are hesitant to admit the role of foul play, María's mother is convinced that the girls have been kidnapped. They were last seen getting in a car with a few men after leaving their friend's birthday party Thursday night. They were not reported missing until María missed a dress fitting for the Miss World pageant on Sunday. Although there are some questions as to why the family waited so long to report the girls missing, the mother made pleas to the kidnappers yesterday in an interview with CNN:

Crime experts fear the worst as a lack of ransom demand could mean the girls were not kidnapped. Unfortunately, kidnapping for ransom is very lucrative business in Honduras' part of the world. Globally, there are about $1.5 billion in ransom payments made to kidnappers each year. In countries like Mexico, which has a very similar crime profile to Honduras, kidnappers pocketed around $50 million in ransom payments last year. Needless to say we are hoping for the safe return of these girls and some answers for their family.

The Miss World Pageant will finish up on December 14th in London with one girl being named the winner after beating out 120 other contestants from around the world.

Do you think this is an instance of kidnapping? Tweet at us @sofeminineUK!

EXTREME Plastic Surgery Made These Women Unrecognisable At The Airport