by Stephanie Ashley Published on 12 February 2014 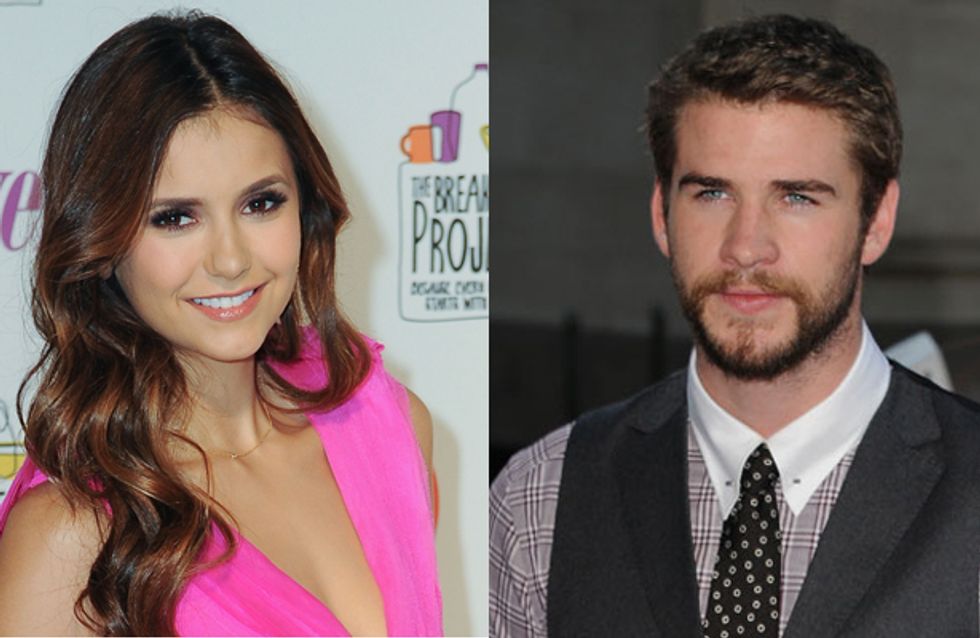 Are these two actors more than friends? Nina Dobrev and Liam Hemsworth were spotted getting very cozy at a local tavern in Atlanta. Nina is in Atlanta filming her hit television show The Vampire Diaries, while Liam is there shooting The Hunger Games: Mockingjay—Part 1. Apparently, while out last Saturday, the pair only had eyes for each other. Is love in the air?

Have Nina Dobrev and Liam Hemsworth both found love again? While out at an Atlanta tavern, the two were spotted getting very friendly!

Both actors have had their fair share of heartbreak over the past year. Nina Dobrev dated her Vampire Diaries costar Ian Somerhalder for near three years before the two broke up last May. Though Liam Hemsworth appeared to move on from his very public split from Miley Cyrus via brief fling with Mexican actress Eiza Gonzalez, he has remained single.

Last Saturday, Liam hit up one of his favorite Atlanta hangouts, The Corner Tavern. An employee told PEOPLE, “I’ve seen him at least four times [here]. He comes in with [costar] Woody Harrelson. Liam is a really nice, laid back guy and a great tipper.”

Though reps for both of the actors have not commented on the pair’s outing, an onlooker said the two seemed very close at the tavern.

The source told PEOPLE that Nina and Liam “definitely looked like a couple.” “Nina was sitting on his lap and they were staring into each other's eyes while talking. She spent the whole time talking only to him.”

Though Nina and Liam stayed close to one another throughout the night, she eventually left alone. Liam stuck around with his guy friends until about 3 a.m.

Nina and Liam are in Atlanta working on separate projects. Nina is shooting her popular CW television show The Vampire Diaries, with ex Ian Somerhalder, while Liam is busy working on The Hunger Games: Mocking Jay—Part 1 with Jennifer Lawrence.

What do you think? Could these two be the next hot young couple? Tweet us @sofeminineUK!