by Emmy Griffiths Published on 11 September 2015 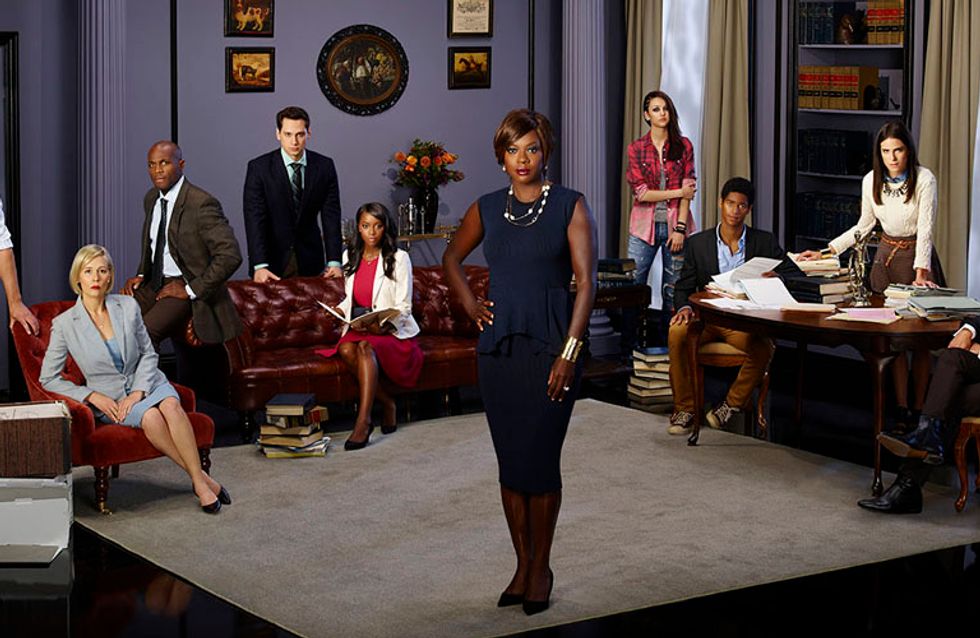 It was THE murder mystery show that had people going a little crazy last year. From the condemning flashbacks to the ex-Harry Potter actors to the powerhouse of a performance from Viola Davis, this show was a total winner and obviously left us all on the biggest cliffhanger for it's first season finale. Now season 2 is on the way, and it looks like we're about to get very stressed out all over again...

So the season 1 finale left our favourite gang of murdering lawyer students in chaos. Wes's dodgy girlfriend Rebecca was found murdered in the basement of Annalise's house, and now once again every single person there has become a suspect. But who killed her, and why?! Looks like we'll be finding out pretty much straight away in season 2, and honestly? We can't WAIT!

If it's been a while since you finished binging on season 1, not to worry. We have all of the murder/relationship drama/ridiculous law cases right now in the season 1 recap:

So who is this 'Eggs' that Rebecca called? Who killed her? Will the others ever find out who really killed Lila (looking at you, Frank)?

The UK exclusive of How To Get Away With Murder Season 2 launches 28th October, 9pm on Universal Channel, but in the meantime, here are some similar mystery shows that are definitely worth the watch:

If you love Jamie Dornan even when he's playing a woman-hating serial killer, this is the one for you. Paul (Dornan) and Detective Stella Gibson (Gillian Anderson) circle closer to each other as she investigates into his crimes and he attempts to elude capture all the while suppressing his need to kill again. It's gripping stuff!

Sarah is a layabout who witnesses a woman jump in front of a train who is her exact double. Being a foster child, Sarah believes the woman could be her twin, and quickly assumes the life of Beth, a depressed cop, and realises that there is so much more to the story than she could ever have imagined. A thriller, cop show, mystery and sci fi all wound into one, this is top television.

A tongue-in-cheek show about an IT guy who accidentally gets a CIA super computer downloaded into his brain and becomes a source of all of the USA's top secrets. With two agents assigned to protect him, he attempts to continue his everyday life while occasionally saving the world from bad guys.

A massively popular French import in which deceased members of a town inexplicably come back to life after being dead for months, years and even decades with no memory of dying and not having aged a day. So why are they there? What have they come back for? And who are the others watching their every move?

The legendary BBC modern-day adaptation of Sherlock Holmes sees Sherlock and Watson solving fascinating crimes in good old London town. Every episode is better than the last, and the three episodes per season will NEVER feel like enough.

Are you looking forward to How To Get Away With Murder returning? Tweet us @sofeminineUK!